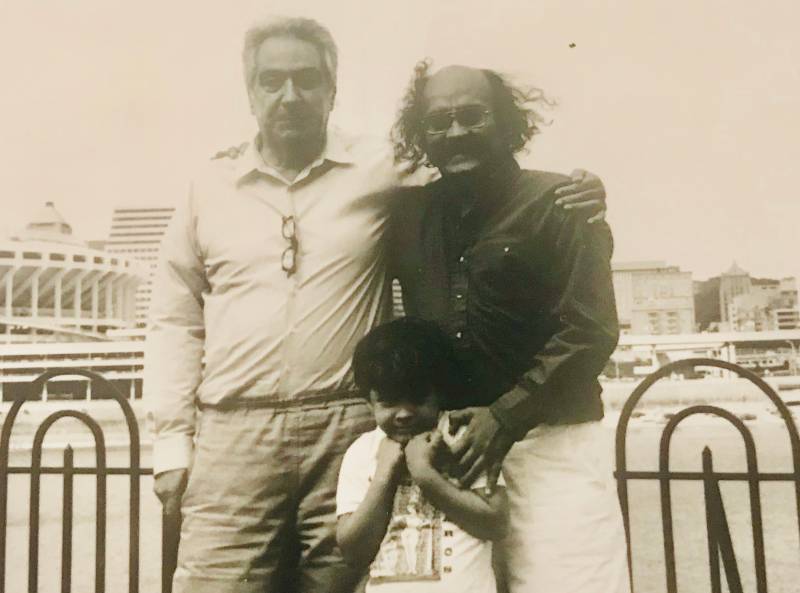 Álvaro Mutis is perhaps one of the most thoroughly forgotten writers of Colombian literature, despite having received, among other awards, the Prince of Asturias Award for Literature (1997), the Reina Sofia Prize for Ibero-American Poetry (1997), the Rossone d’Oro Prize (1997), the Cervantes Prize (2001), and the Neustadt Prize from the University of Oklahoma (2002). This short essay pays homage to three of his books of poetry, in which Maqroll the Lookout, his central character, reflects on travel and his wanderings, contemporary history, and the prophetic nature of the human condition in these pandemic times.

After more than a year spent, along with the rest of the world, in monastic conditions, it was time to return to private ceremonies, to shared intimacy, to reduced space and to incessant dialogue with objects. It was when the pandemic hurled our lives off their standard course, enlisting us for a lockdown which, bit by bit and somewhat fearfully, we are now transgressing, where we must no longer take anything for granted. It was then that I returned to the writing of Álvaro Mutis, only to realize how prophetic it truly is in these times of COVID-19.

Stepping into the ceremonial world of Mutis allows us to regain the value of small ritual acts, the importance of silence, the qualities of movement, the joy of chance, miniature celebrations of trivial instants, the routes not taken, life adrift, fate and solitude, characters anchored to the sea, the resurrection of his dear friends and the pleasure of an exquisite prose in which poetry finds its point of origin. To step into the ceremonial world of Mutis is to make fast friends with fear, to anticipate many of the conflicts we have ultimately lived through, to drift upon the atmosphere of the convulsive conviction to desperation that emanates from his characters.

Twenty years have passed since Álvaro Mutis received the Cervantes Prize, and nineteen since his final international honor: the University of Oklahoma’s Neustadt Prize in 2002. Nonetheless, his books are no longer in print and articles still written on his work are now collectors’ oddities, seldom reaching the general public.

Here I will address three poetic works, long forgotten by publishers, which I consider fundamental to Mutis’s work, in order to enter into the ceremonial world he would later develop in his novels. The first of them, Los elementos del desastre (1953), contains the first appearance of Maqroll the Lookout, his central character, and some of the essential themes that surround him, such as weariness, desperation, the journey, and ports. The second work, Reseña de los hospitales de ultramar (1973), is an ars poetica centered on illness and water, on objects and the details of Maqroll’s life. Lastly, Caravansary (1981) is a brief, profound text in which the journey takes on a mystical tone and contemporary history enters into dialogue with this central character as his days come to an end.

The Elements of Disaster

Lord, Lord, why have you forsaken me?
Álvaro Mutis

How did Mutis know what is now going on in Colombia? It seems nothing has changed since the 1950s, not to mention the chaos brought about by the mismanagement of the pandemic, police violence during the national strike, and forced disappearances. Mutis, back then, listed out with exquisite foresight the traumas we are suffering at present. This is how I return to his poetry, finding in “El miedo” the first glimmers of an atmosphere reminiscent of the one we have lived in for the past sixteen months: “Waking up comes suddenly and senselessly. / Fear / slides dizzily / only to turn with new and weighty energies. / Life suffered in sips; bitter gulps that hurt / deeply, taking us again by surprise.” Fear, alongside the tedium of the stretching hours, is muddled here with gagged faces, half-empty streets, dialogues through virtual mirrors, postponed celebrations, and limited contact.

Peace, then, is like an empty echo—a hope apparently quashed. And I, far from my homeland, observing it through my digital shutters, come across “a bird with wings clipped and steady, dark and augural. / The beak, shut and sturdy, counts the years that come like a gray tide, sticky and violent.” These lines from his poem “Los elementos del desastre” gave me all the more reason to keep noting the sybilline nature of his writing and the cruel foresight of its conclusions. And so, I ask, what remains? The pandemic and its variants, peace ground down with “its lasting footsteps, the noise of its weapons, / the crunch of its nimble warrior’s bones, / the fevered blinking of its eyes […] All die slowly here, evidently, and shameless; even the train tracks submit to rust and mark the earth with infinite ire, parallel and gilt.” Little escapes from the subtle power of his poetic eye to invoke a disenchanted, skeptical world, framing a disaster full of schemas and rich literary filigrees as a counterpoint to the turbulent desperation of its verses.

A Report on Overseas Hospitals

Hear the muffled passing of the distant sounds, that speak of the presence of a world that travels
orderly on toward the disaster of years, toward oblivion, toward the naked wonder of time
Álvaro Mutis

How did Mutis foresee the present traumas left to us by an incomplete peace treaty and the pandemic? Now, when I wish for the world to return to something like familiar normality, a few fragments from this book call me in for questioning. I must now mention that Maqroll the Lookout, the central character in Mutis, born in his poetry to be unfurled in all his splendor in the seven novels that make up his narrative work, is a sublime storyteller. The narrator introduces him with this disturbing passage:

The following fragments belong to a cycle of tales and allusions woven by Maqroll the Lookout in the twilight of old age, when matters of illness and death circled his days and took up many of his nights […] weeks in hospital in unknown lands, treating the effects of long navigations through tainted waters and foul climates, childhood fevers, […] all the steps a man takes, using himself up for death, expending his efforts and belongings so as to reach the grave and end up shrunken in the sac of his own waste. These were, for him, his Overseas Hospitals.

I pause, and in my room an absolute stillness translates the world outside. Every day, more victims of the pandemic leave their emergency room beds empty such that others might take their places—others who may well suffer the same fate. So many beings, innocent to or ignorant of the wiles of politics, have disappeared, leaving forests uncared for, broken homes, and orphaned communities. I look out the window and see Colombia in the tree in front of my house, covered in ice, bare of leaves and without birdsong. I return to the text and solitude appears to tell me, “neither love, nor misfortune, / nor hope, nor anger will ever be the same for him [Maqroll] / after his terrifying vigil in the wet, nocturnal / solitude of the jungle.” I believe the world will no longer be the same for us after COVID-19. Our solitude is twinned with Maqroll’s; “the Lookout knew the fear of his most secret miseries, the dread of a great emptiness that stalked him through his years replete with tales and passages.” This is the fear of returning to a state of war; it is the misery in which thousands of refugees struggle; it is the dread of newfangled massacres; it is the emptiness that closes around the now defenseless, orphaned population of my country’s lovely geography.

If you insist on your foolishness…
Álvaro Mutis

How did Mutis predict that the journey would indeed be possible again? “Follow the ships. Follow the routes plowed by the sad, used-up vessels. Don’t stop. Keep away from even the humblest anchorage. Push upriver. Descend downriver. Get mixed up with the rains that flood the sheets. Refuse all shores.” We are completing one year and four months with a mask we see out of the corner of our eyes, postponed plane tickets, cancelled hotel reservations, and a text by Mutis that responds with Maqroll at the topsail, among the seagulls, before the sea’s immensity and in complete solitude. I read the previous passage again and realize we are facing a new phase of the pandemic—perhaps more hopeful, perhaps more controlled—to return to the travel and movement that have taken up our whole imagination during these interminable months of confinement. Tonight, I find myself summoning up objects while I look back over the previous text’s sentences. I read them all with fascinated terror, and I remain for some time anchored to these lines from La nieve del almirante: “Hold on to that polished pebble. At the hour of your death you can stroke it in the palm of your hand and thus shoo off the presence of your most tragic errors, whose sum erases any possible meaning from your vain existence.” Will it be possible to amend our failings after the pandemic? Will we have changed?

I take my last pause, but I don’t stop. The COVID case numbers don’t stop rising, the promising vaccines are late to arrive, my country’s youth are still protesting in the streets, there is no more dialogue around peace, and “time passes in uncontrollable vertigo. The scene stays the same. It is as if life had stopped there, waiting for something. A door is stealthily opened…”

In these texts, Álvaro Mutis leaves us a heartrending prophecy for our pandemic times. At the same time, he sculpts all the markers of his poetics in order to question us with his verses and leave us in the company of his main character. And so I invite you, dear reader, to follow the routes of his poetry and delve into his prose, to find in the Empresas y tribulaciones de Maqroll el Gaviero a masterful and devastating experience of life. 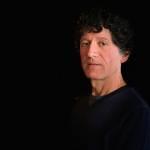 Carlos G. Torres-Rodríguez is a high school Spanish teacher at Casady School. He received his Ph.D. in Spanish with emphasis in film and video studies from the University of Oklahoma in 2013. His first book, Nomadismo, poética de la desolación e intertextualidad en Empresas y Tribulaciones de Maqroll el Gaviero de Álvaro Mutis, was published in 2015 by Editorial Verbum. He has published a chapter entitled “Landscaping the Western: Ciro Guerra’s The Wind Journeys” (2009) in The Western in the Global South (Routledge Advances in Film Studies). He has a recently published book chapter about global warming and climate change in a Top Hat Spanish textbook. He has published book reviews in Hispania, online magazine Aurora Boreal, and Colombian literary magazine Numero. He is a new National Geographic Certificate Educator.

Although Elena Garro is a well-known and respected Latin American author, she is mostly known for her prose, her novels, and the past political suppression of her work…