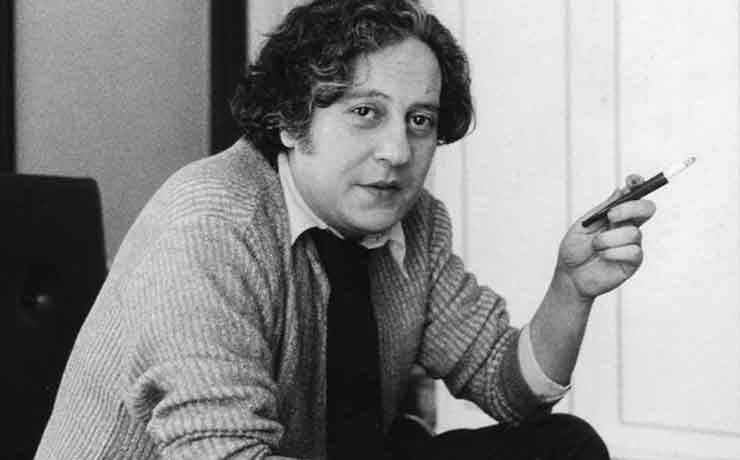 When passion gets strong, so strong
Heaven cocks its trigger
And then we’re done for
My sweet, sweetheart.
It would be better, perhaps, for us…
Oh no, it would be no better for us!
(Except the thrill of perishing in the attempt)
Because the issue is our poppycock, on purpose.
Of course: there is no issue.
Although (never put although)
Why is there no issue?
Don’t ask me, sweetheart
I’m a little sick now of your questions.
Although!
I love you the same in the heat of our chats
But, then we don’t understand each other
I prefer your nunnish feet over the mouth
“Of one who cannot think”
Me
Electrifying nunnish feet
Each of your beautiful thoughts
I will chuck into the bin
Although!
Because I’ll always be by your side
Millions of sides
Just one woman
Where are you, my bird of paradise?

The ecstasy and the dose and the rhyme
And the class of a self-absorbed skunk
That anyway I’ll have to give tomorrow in spite of the jaw.
I’d like to be a Jew
And crafty and transsexual like the Spirit,
And not this old jay, this sorethumb Bardot,
Who reeks of horror but wears Cupid’s garb.

Wrapped up in an apocalyptic peace,1
the guy looked at the kitchen,
the gas hobs, the burning flame:
the kitchen wall-papered certainly
with pages or spreads
from newspapers and magazines.
He didn’t deserve the morning star,
that’s for sure, and was not (not even)
the first-born son of Death.
Life passed by like a lake.
Its shores tense, its centre silent.
Water blind, poor and fenced in.

The one who only yesterday would say2
drank mate now endlessly
and read vampire novels.
Television and pharmaceuticals: perfection
turned into longing.
Love will be reborn with the next war.
And in the blink of an eye without a blink,
with a duff God who’s always slow,
then he’ll lean on his crutches
and open his beak like a gull
and tear down the gates of heaven,
the waiting room of hell.

1Based on a draft translation by Eugenia Santana Goitia.

Osvaldo Lamborghini (1940-1985) is one of the most controversial and provocative Argentine writers of the last century, an inspiration and mentor for the internationally renowned novelist César Aira, a central figure in the neobarroco, and a cult author since the emergence of his outrageous short stories “El niño proletario” and “El fiord.” Although best-known for his prose, Lamborghini wrote several volumes of poetry, much of which remained unpublished at the time of his untimely death, and which was later collected by Aira for publication in Poemas 1969-1985 (Sudamericana, 2004).

Translation as Home: A Conversation with Ilan Stavans

Translation and movement go together. For example, translators move a text from one language into another. Restless readers move beyond the familiar to other languages and cultures when they…

I’ve written this story in diaries that fire will consume.