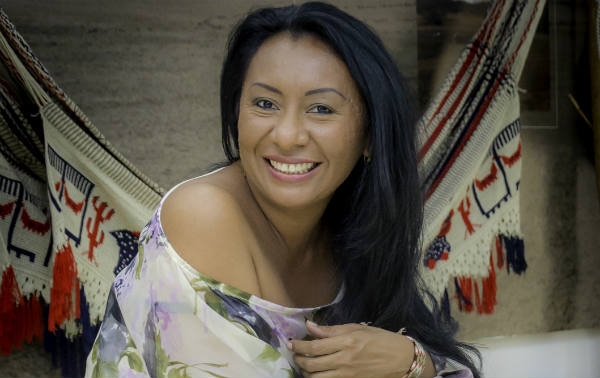 The Great Wayuu Nation Is Possible

I was looking for her, and I love the beautiful girl from Winkua for many reasons. One of them is her name: Jayariyú, or “Jaya” as we call her, which evokes my little sister’s original name, Jayarra. I look for her because of her writings, and because of the assurance she gave me when I saw her face for the very first time. I told myself, “she is my friend, but she still doesn’t know it, she doesn’t know me, but I will make her know me and we will never be apart.” Just like with some other friends that life has given me, sisters from different wombs, we knew we were going to be friends for life.

Because of Jayariyú, I knew one way to come together as one Indigenous Community was to call ourselves the “Great Wayuu Nation.” We were looking for legal ways to transcend nationalities and trace a gentler and kinder path for those who, unlike us, don’t know their rights.

Because of the Wayuunaiki newspaper, I started replacing the Day of All Races with the Day of Indigenous Resistance, because there is just one race: humankind.  She taught me the value of the indigenous face, the face of our identity. She was my teacher, and she still is. I treasure her voicemails, her voice tears my soul apart because now—so soon— it is silent, and because I didn’t talk to her more. Because I didn’t encourage more ways to be together, it was just an issue, to cross the border, and there she was with a “Hi my love”. She was waiting for me in the Paraguaipoa of her soul.

Jayariyú used to call any elder Wayuu women “aunt”, all Wayuu women were her aunts and sisters. I used to criticize her kind way of seeing the world. Kind and gentle, as she used to say. There were many things that should have set us apart, but we ended up coming together through Wayuu culture, and through our early morning conversations. I used to wake her up at 4:00 am in the morning:

Jaya, I know the title I’m going to give my story, or

We were sisters, with differences that held us together in the end. Today, I confirm that all Wayuu women were her aunts. Yesterday, some Wayuu women from Paraguaipoa came to visit her, others came from Filous, from the Indio Mara neighborhood, from Bomba Caribe, from Maicao. There were so many aunts that only yesterday I truly realized how gentle and kind she was.

On April 8th, almost six years ago, I wrote her some lines, which I read again and again, just to ask her, to ask myself, why I wrote them:

“Many years later, in some part of the Peninsula, we will hear the song of the Wayuu woman that transformed into a butterfly, the woman who looked for sugar kisses, and found salty ones; the one with “the constant gaze, the precise word, the perfect smile”. The butterfly that flirted with the Sun just to provoked the Moon’s anger, and the laugh of the Stars. The only one who knows where the rainbow is born, and where the illusions die…. Happy Birthday Jayit”

I’ll continue with our struggle, and I say ours, because the pages of the Wayuunaiki newspaper were and will always open for me. Her encouragement of collective rights; she always said, “Of course my love, you can do it.” Out next goal was to push through social media pressure for double nationality for Wayuu nation. Today my fight has a name, and that name is Jayariyú Farias Montiel, because she taught me that the Great Wayuu Nation is possible. 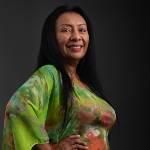 Estercilia Simanca Pushaina (1975) is a Wayuu writer from the Caicemapa reservation community, a practicing attorney by profession, a graduate of Simón Bolivar University, Barranquilla (1999), a cultural researcher, and author of the narrative texts El encierro de una pequeña doncella (2003), included in the 2006 International Board On Books for Young People (IBBY) Honor List, and Manifiesta no saber firmar: Nacido 31 de diciembre (2005), translated to Wayuunaiki, published by the municipal administration of Bogotá (2010), and presented at the Bogotá International Book Fair.

In my Williche grandfather’s eyes / fear set sail. / Death alone / erased that timid gleam. / But nature could never / erase from my memory / the colors of the…

The Town that Survived a Massacre to the Sound of Bagpipes

It just so happens that murderers—I suddenly realize as I walk past the tree where one of the seventy-six victims was hanged—reveal to us, at the point of the sword,…

I know of the sea breaking against a wall / how it scares me when its swell rises too high / when its waters grow cool and it is impossible.