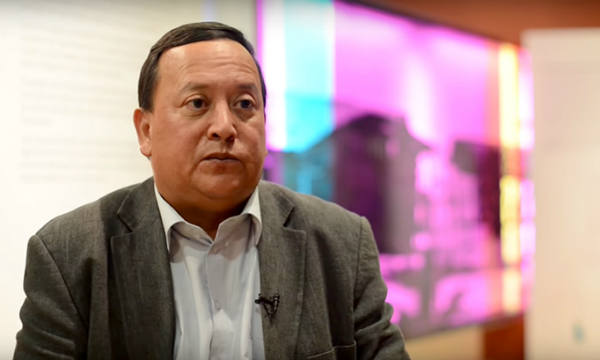 Over a decade ago, while I was preparing a conference in New York City for an indigenous researchers meeting, I was examining photographs that could help me illustrate the paradoxes surrounding the historic region known as La Guajira. One of them showed the sinuous lines resembling sandy rivers that furrowed the face of an old wayuu lady, another one showed the lush face of a young indigenous writer who was in charge of a very promising media station in Maracaibo. I thought to myself, these are two guajiras; one garners the history and knowledge of a millennial culture, while the other reflects the capacity of that same people to respond in a creative way to an ever changing universe.

The last photograph depicted Jayariyu Farias Montiel, a young woman who descends from prestigious traditional wayuu chiefs, she went to the university to pursue a degree in communication, publicity, and marketing. During that time, she came up with the idea of creating a bilingual newspaper in Spanish and Wayunuaiki, that could be read in both Colombia and Venezuela, and that would attract bot rural and urban readers from diverse social groups. The publication, called Wayuunaiki, began with a printing run of only three hundred, which then increased to ten thousand copies of a twenty six page publication in full color that had correspondents throughout both countries. Shortly after, with the persevering help of her mother and friends, she was able to have her own a bilingual radio station. Its readers could find the newspaper at fancy shopping malls, remote rancherías, or modest newsstands.

The Greek author Euripides said “The wind doesn’t always blow from the same quadrant or with the same strength”. Soon, Venezuela started to be dismantled by a voracious leadership that claims to be revolutionary without having read the work of Marx, and shows off expensive rolex watches on their wrists. The last time I saw Jayariyu she couldn’t help but show her anguish about her future, her three children, and her projects. The foreign visitors of her touristic inn started being harassed by the government’s security forces and her beloved newspaper started to lose financial support in both sides of the frontier. Just like Montesquieu had said, “When misfortune takes over a country, selfishness becomes universal.”

On September 21st of 2018 devastating news arrived from Venezuela. The brave, beautiful, and pushing Jayariyu fell ill in a country where there are basically no medicines, and passed away in Maracaibo before turning forty years old. Now, her mother, Dulcinea Montiel, is in charge of her legacy: a remembrance and a newspaper that deserve to endure. When my dreams bring her back to my memory, I can’t help but think about the words of Michel de Montaigne about friendship, as interpreted by Jean-Luc Henning: “Friendship, «fragile friendship», is the only mean we have to reconcile with our primal state, our natural state, and to bring down the tyrant who oppresses and defaces it; is the only mean to live freely and to reconcile with primal virtue.”

Weildler Guerra Curvelo is one of the most important Wayuu intellectuals of Colombia. He is an anthropologist, writer, professor, and researcher, and recently he has occupied various posts in the government that have confirmed not only his resolve and his intelligence, but also his honesty. As an academic and researcher, his contributions to the study and diffusion of Wayuu culture have been fundamental. One of his most important books, La disputa y la palabra: la ley en la sociedad wayuu, explains, among other things, the importance of the putchipuu (the palabrero or word-bearer) in the Wayuu community. 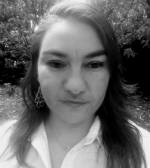 Verónica Zacipa Mejía was born in 1982 in Manizales, Colombia. She has an undergraduate degree and a master’s degree in Literature from the Universidad de Los Andes in Bogotá, Colombia. She has extensively studied the life and work of Manuel Quintín Lame Chantre. She combines her work as a translator, copyeditor, and English teacher with her research on indigenous literature.

THEY’RE hungry and their mouths are open.

Any one of these cars in their slow procession along the beach / their lights sliding beneath your apartment, from vertex to cracks, / floating over the cliffs, in the…

Between São Paulo and Bahia: An Interview with Lucrecia Zappi

Brazilian author and journalist Lucrecia Zappi was born in Buenos Aires, Argentina in 1972 but she spent her childhood and adolescence in São Paulo and Mexico City. Zappi is the…