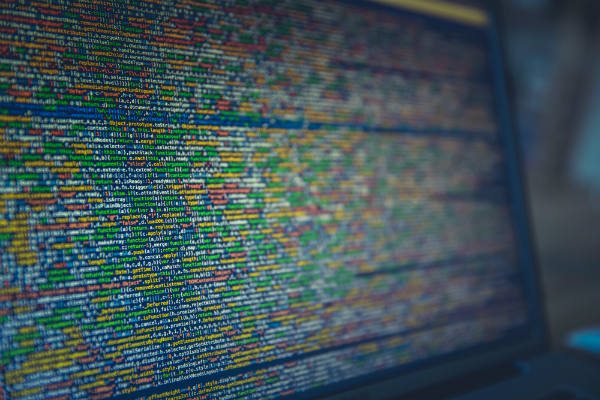 In his influential book The Medium is the Massage, media theorist Marshall McLuhan argued that:

When faced with a totally new situation, we tend to attach ourselves to the objects, to the flavor of the most recent past. We look at the present through a rear-view mirror. We march backwards into the future.

McLuhan’s statement is particularly insightful when we think of digital literature, from late 1980s/early 1990s experiments in hypertext narrative (theorized by George Landow and Jay David Bolter) to the wide range of digital poetic projects as a continuation of the spirit of the historical avant-gardes (as Loss Pequeño Glazier asserts). Many accounts of digital or electronic literature indeed highlight a connection to the experimental literary tradition, and also explore the (im)material aspects of its bits, quarks, and quirks with respect to the issue of being “digitally born.” A born-digital work, according to N. Katherine Hayles, is “a first-generation digital object created on a computer and (usually) meant to be read on a computer”; poet Stephanie Strickland begins a seminal essay titled “Born Digital” by asserting that “E-poetry relies on code for its creation, preservation, and display: there is no way to experience a work of e-literature unless a computer is running it –reading it and perhaps also generating it.” “Born-digital,” then, is often cited as a key feature of e-literary texts, or at the very least, it is considered to be a criterion through which many critics approach this emerging form. Hayles goes on to cite the Electronic Literature Organization’s identification of electronic literature as including “work with an important literary aspect that takes advantage of the capabilities and contexts provided by the stand-alone or networked computer”. Numerous taxonomies exist for classifying the emergent “flavors” of digital literary production; these include (but are not limited to): generative and kinetic works, hypertextual and hypermedia narrative, code poetry, ergodic literary works, hybrid print-digital creations, literary gaming experiments, site-specific mobile works, etc.

The present dossier in Latin American Literature Today is not meant to be a comprehensive theorization of this literary form. Nor does it (solely) seek to canonize a series of important digital literary works amongst a rapidly-expanding body of work emerging from Latin America. Nevertheless, it does articulate innovative, historical and contemporary practice desde la literatura, to quote Colombian data visualization expert and digital poet Santiago Ortiz. I thus encourage you to think of it as una muestra, a sampling or showcase of innovative ways of thinking about and making literature today. With that in mind, in the first essay included in this dossier, Jaime Alejandro Rodríguez Ruiz maps out the trajectory of electronic literary writing in Colombia, and also discusses the culture industry that has spurred growth in the production and circulation of these works. In the second piece, Claudia Kozak examines the role of literature in the digital age –the post-Proustian “tiempo de bits,” as she calls it– first by tracing out the history of the digital poem in Argentina and Brazil, and subsequently by discussing two contemporary examples. Kozak’s contribution to this dossier is multifarious in its treatment of the circulation of digital literary (poetic) texts, in its succinct yet comprehensive definition of digital poetry, as well as in the valuable trajectory that it establishes. In a way, Luis Correa-Díaz’s contribution suggests that Latin American digital writing also “walks forwards into the past,” to pun McLuhan’s statement, cited above. Correa-Díaz’s reading of Mexican e-poet Martín Rangel’s “Soy una máquina que no puedo olvidar” draws on a Borgesian imaginary in its posthuman and cyborg textualities. The robotic poet protagonist in the work –appropriately named Whitman– shows how a significant current in Latin American electronic literature has permeated print textualities in our current posthuman and (socially) mediated cultural moment and yet remains todavía anchored in print. The digital imaginary, then, extends “back” into the realm of innovative literary experiments in print.

In the final essay included in this dossier, Thea Pitman addresses innovative work being done in the area of women’s digital writing, providing a comprehensive review of Latin American and Latinx e-lit created by female authors. Pitman’s piece, then, does establish and gesture towards a canonicity for the larger field of contemporary e-literature. In a larger sense, the (virtual) space that this dossier seeks to delimit for Latin American digital literature entails a speculation about the future of literature and about literature’s past –both in print literary texts and in the digital realm. To explore the virtual potentialities of today’s digital literary text, then, is to obsessively return to the ontology of literature and also to inquire as to its futurity.

Scott Weintraub (PhD Emory University, 2006) is an Associate Professor of Hispanic Studies at the University of New Hampshire. He is the author or co-editor of over ten books and special journal issues, including two books on experimental Chilean poet Juan Luis Martínez: La última broma de Juan Luis Martínez: ‘No sólo ser otro sino escribir la obra de otro’ (Santiago: Cuarto Propio, 2014) and Juan Luis Martínez’s Philosophical Poetics (Lewisburg, PA: Bucknell University Press, 2014; translation published by Cuarto Propio, November 2018) and Latin American Technopoetics: Scientific Exploration in New Media (Routledge, 2018). He has published articles in numerous journals in the United States, Canada, Latin America and Europe, and has edited an e-book on Chilean poet Vicente Huidobro (with Luis Correa-Díaz; The University of Minnesota Press Hispanic Issues OnLine, 2010) as well as an e-book on digital poetry in Latin America (with Luis Correa-Díaz; Bogotá: Ediciones Universidad Central, 2016). Professor Weintraub has also edited special issues of, and dossiers in, several academic journals in the United States, Chile, and Norway about such topics as the problematic relationship between literature and philosophy in Spain and Latin America, the literary and scientific figure of the membrane, avant-garde poetry, and electronic literature in Latin America, Spain, and Portugal. 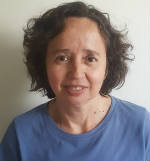 by Adriana Candia
Melchor had never seen snow. On hot afternoons in Veracruz, his mother told him about it. She promised him that one day they would go north to visit his grandparents,…

The Passion According to G.H.

The first time that I heard of the writer Clarice Lispector must have been around the mid to late seventies. It was through my friend Elizabeth Burgos, who lived in…