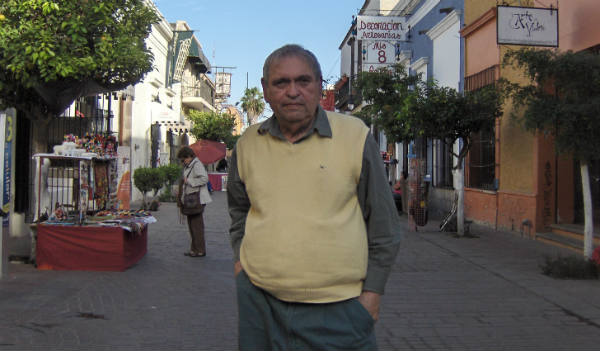 This is an immense honor.

I should say once more: thank you. These are very important words. They are used to express appreciation, as in this very moment, for something that comes directly from the Queen of Spain.

In another realm, that of politics, I hope that I might be permitted to reference something other than what brings us here today. There are some deeply fundamental words, like the ones above. For example, liberty, justice, democracy, civility, honesty: those that, when absent, make it very difficult for the citizens of a country to really live. Furthermore, those words should mean what they stand for. If they do not, we would do well to return to what Confucius called the “rectification of names.” I don’t know if they follow this bit of his wisdom in China, which is similar to our “adaequatio.” In Venezuela, it urges us to establish a normalcy that can only be democratic. Nevertheless, I am not going to pursue this point now because I would have to go very deep and this is not the proper occasion to do it. I wish only to point to the significance of language in the exercise of politics.

Now I will tell you about my connections with Spain. I am connected deeply to her by language. This relationship does not require much explanation. Less evident is that which I have had with her literature. I began to read it when I was very young; I believe that I was fourteen when it captivated me. The parade began with the generation of 27. Rafael Alberti, Federico García Lorca and Pedro Salinas were the first that I spent my time with. I should also mention Miguel Henández, whose poetry adheres to both memory and to León Felipe, who made a pilgrimage all about Latin America, just like Walt Whitman in North America, reciting his poems and who, as I see it, aided in the expansion of the poem in Spain, tying it to prose. Let us remember that Lorca called Salinas’ poems “prosías.” Later, I read Jorge Guillén and Luis Cernuda. I moved onto the authors of 98: Miguel de Unamuno, Antonio Machado, and Juan Ramón Jiménez y Azorín. Since I am a lover of prose (what lover of language isn’t?), I enjoyed all of their work. Upon my return from Trinidad, where one of our habitual dictatorships had chosen to exile me, (which was later toppled by a faction of the people and the military), life took me by the hand to study in the Escuela de Letras of the Universidad Central de Venezuela. Afterwards, I taught classes for more than thirty years, during which what of the principle focus of my position was Spanish poetry.

I’ll continue this story. With my wife and thanks to her, we have traveled all throughout Spain, initially on our own and later by invitation from the Residencia de Estudiantes, Casa de América or festivals like Poemad. At each step along the way, we encountered the flourishes of our ancestry.

Now I shall refer to a capital fact of our story that is often forgotten: the arrival of Spanish exiles to Venezuela during or after the Civil War. There were thousands, including professors, scientists and writers that contributed enormously to our culture. Among them were Juan David García Bacca, Pedro Grases, Manuel García Pelayo, Marco Aurelio Vila, Juan Nuño, Federico Riu, Manuel Granel, Mateo Alonso, Santiago Magariños, and others. All of them left an enduring mark upon us.

I would like to name others, but they are too numerous. In reality, Spanish men and women of all the professions came to Venezuela.

Many years ago, in Caracas, a book was published in two volumes with brief biographies about them (though not all of them). A similar one was just released by Tulio Hernández, now a Venezuelan exile, in the same spirit. I will give you an idea of what is said there: I went to school in an interior city, Barquisimeto, originally called Nueva Segovia de Barquisimeto, and I took classes from three Spanish professors. That is to say, they did not just work in the universities but in education, in the high schools of Caracas and other cities.

Before finishing, I must thank Professor Carmen Ruiz Barrionuevo for what she has done for those of us here. Years ago, she founded the José Antonio Ramos Sucre Chair in order to make Venezuelan poetry better known. She deserves great recognition from us.

I end with an untimely observation: I believe that all nationalisms are abominable; they bring hatred, conflict, and war; friendship is preferable between nations. To that end, I have invoked the history that exists between Venezuela and Spain. I must remind those that attack this country, that they do so in Spanish. From The Heroes of San Esteban

Gerardo Montejo awoke with an evil foreboding, an empty feeling in his stomach, but one which nonetheless must have had its origin in his soul, wherever it was hidden.

Between Humor and Horror: An interview with Heather Cleary, translator of Comemadre

Comemadre is “a plant with acicular leaves whose sap produces (in a leap between taxonomic kingdoms that warrants further study) microscopic larvae. These larvae devour the plant, leaving only tiny…