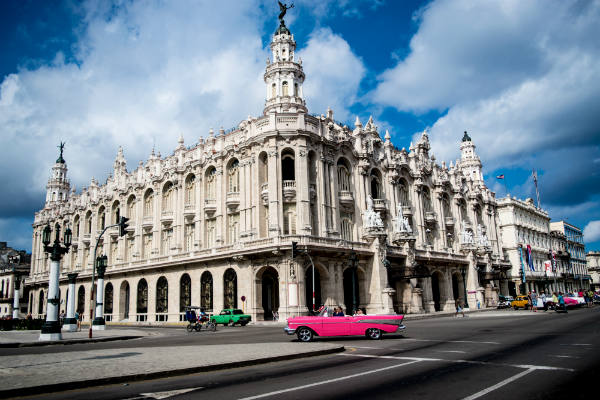 The neo-Baroque produced a strange air of family resemblance in the Cuban writers we most associate with the heights of that aesthetic— José Lezama Lima, Severo Sarduy or José Kozer; an air that is not breathed into the text, much less into the style, but that has to do with the idea of ​​the Baroque as gaze and display. A sort of forced kinship that one of them, like Kozer, renounced, and that another, like Sarduy, praised to the extreme with his Tacitus-like phrase “inscribo, en esta patria que es la página, en minúsculas y sobre una cifra, mi paso por la era Lezama” [I inscribe, upon this homeland that is the page, in lowercase and on a figure, my time in the Lezama era]. That air of family resemblance becomes more tangible when we move from writing to reading, from the poetic to the political, from the invention of an authorship in touch with the Cuban tradition that these writers postulate.

The three writers mentioned (even Kozer, perhaps the most outward or cosmopolitan of the three) share an impulse to reread Cuban literature from a new or off-center perspective. The same impulse that we find in a fourth writer, Octavio Armand, born in Guantanamo in 1946, who — in some essays in the Escandalar magazine, which he directed in New York between the late ’70s and the early ’80s, later compiled in the volume Superficies (1980) [Surfaces] — proposed an entire strategy for reading Cuban literature that has not earned enough attention from critics. Armand’s fight with the “tradición del sentido” [tradition of meaning], which Johan Gotera has described in his essay Octavio Armand, contra sí mismo (2012) [Octavio Armand, against himself], starts with his anti-canonical reading of Cuban literature.

As in Sarduy, the starting point is Lezama, who with his own appraisal of the history of Cuban poetry opens a reading itinerary for Armand’s work, which necessarily calls to mind both José Martí and his escape from centrality in Cuban culture. An escape that could also be read in Sarduy — heir, in that escape, to Virgilio Piñera — but one which the author of Written on a Body (1968) settled in favor of Lezama’s coronation. Unlike Sarduy, Armand rereads Lezama calling into question, from the outset, whether Paradiso (1966) is the synthesis of his poetics— that is, ruling out the novel, largely because the boom of the new Latin American narrative during the ’60s and ’70s seems to him a parallel variant of social poetry. All of it… new novel, narrative poetry, conversational poetry, social poetry…, to him, it seemed “una deserción” [a desertion].

The fetishization of Paradiso as “summa” of Lezama’s poetic system seems to Armand a concession to the demand for historicity in Cuban literature. By positing himself as a dislocated subject, with no precise place in Cuban history or literature — let us recall his exemplary essay “La partida de nacimiento como ficción” [The birth certificate as fiction] (1979), in escandalar — the Lezamian maxim of “tener novela” [having a novel], as an imperative of national identity, loses its convening authority. The very novel that stands as a Book or foundational document has its limitations, such as the fact that all the characters speak alike — as in Cabrera Infante’s Three Trapped Tigers, Armand notes — or that the supposed challenge of Aristotelian causality or the “orden sucesivo” [successive order] ends in chapter XII in a sort of perfect symmetry, which seeks to be Baroque while built on Classicist premises.

But there is something that Armand celebrates in Lezama and it is that he sometimes “viola el language” [violates language], as “cuando le impone una endiablada sexualidad a lo que nunca antes había rebasado una inocentona nominalidad, una normalidad” [when he imposes a perverse sexuality onto what had previously been no more than a naive sort of normality.] [3]  It’s in that “sensualidad barroca” [Baroque sensuality] where Armand, against his friend Lorenzo García Vega, finds the raison d’etre of the discipleship of Severo Sarduy, especially in the novel Cobra (1972). In any case, at the end of that agonistic reading, of Lezama against Lezama, of Paradiso against Muerte de Narciso [Death of Narcissus], Armand concludes by recognizing the lethal effect of the gaze. The reading as an essentially Baroque gaze, based on the display, produces Lezama’s death: “es curioso. Es muy curioso. Acabo de leer Paradiso; Lezama muere. Vamos a conversar sobre Paradiso; Lezama muere. Lorenzo escribe, en estos días, sobre Lezama; Lezama muere.” [It is curious. It’s very curious. I’ve just read Paradiso; Lezama dies. Let’s talk about Paradiso; Lezama dies. Lorenzo writes, these days, about Lezama; Lezama dies.]

Underneath that literary assassination occurs another, with greater implications. Armand also reads José Martí and discovers that the identification of the Cuban poet and politician as an apotheosis of writing and history, of the endogenous and the exogenous, of nation and exile in the history of Cuba is “desmesura” [excess]. As much excess as that of the Havana poet Manuel de Zequeira y Arango, born in the late 18th century, author of the well-known “Oda a la piña” [Ode to the pineapple]. Zequeira graduated in Theology at the San Carlos and San Ambrosio Seminary, where he took classes with Father Félix Varela. He then undertook a military career and reached the rank of colonel. He also dedicated himself to journalism, helping to found two fundamental publications at the turn of the century: the Papel Periodico de La Habana and El Criticón de La Habana.

The poet was part of the Bourbon army that fought against Simon Bolivar’s troops in Nueva Granada, under the command of the general and viceroy Francisco Montalvo and Ambulodi, who, incidentally, was also from Havana. He became governor of Río Hacha, of Mompox and president of the Royal Board of Finance of Cartagena. Upon his return to Cuba in 1821, he was elevated within the Matanzas garrison to the rank of colonel, where he began to show symptoms of insanity. Armand observed that Zequeira had more cause than Casal to be thought of as the AntiMartí: a poet, a theologian, a practical military man, whose “profunda tradición es no tenerla. No tenerla ni imponerla. Y solo por estar desposeído de toda tradición puede llegarnos con un asombroso grado de modernidad” […deep tradition is to have none. To have no tradition and to impose none. And simply by being bereft of all tradition, he can come to us with an amazing degree of modernity].

If Martí, according to Armand, is the “desmesura que logra pasar del delirio al poder” [excess that manages to go from delirium to power], Zequeira is the inverse excess, who “pasa del poder al delirio” [passes from power to delirium]. Armand’s preference is evident: “Yo escribo este mínimo ensayo para indicar mi parcialidad: con Manuel de Zequeira me siento menos solo que con José Martí. Si exagero, no exagero” [I write this minimal essay to indicate my bias: with Manuel de Zequeira I feel less alone than with José Martí. If I exaggerate, I do not exaggerate].

One of Zequeira’s symptoms was that he thought he was invisible after putting on his hat. As a patient of Oliver Sacks or as a René Magritte character, the Havana poet imagined himself a ghost underneath a traveling hat. That invisibility and that madness, according to Armand, constituted a more radical form of exile than that embodied by Heredia and Martí in the 19th century. Zequeira, the Bourbon and anti-Bolivarian colonel, was a perfect antihero, whose “ausencia de tradición” [absence of tradition] became, paradoxically, founder of a greater extraterritoriality in Cuban literature. Zequeira’s ghostly status in Cuban literature was a metaphor for his physical and mental disappearance, for his banishment from sanity and poetry.

Following Lezama, and then going astray along the way, Octavio Armand reads in Manuel de Zequeira’s neoclassicism the origin of the Cuban Baroque. But his chief interest does not lie with “Oda a la piña” (which Vitier, García Marruz and the originists celebrated so much), but with the irregular or imperfect ten-verse stanzas of “España Libre” [Free Spain], “La batalla naval de Cortés en la laguna” [The naval battle of Cortés in the lagoon], or with compositions such as “Primer sitio de Zaragoza” [First site of Zaragoza] or “Poema de la coronación de Fernando VII” [Poem of the coronation of Fernando VII], anti-Separatist poems that were also “épicos, convencionales, artificiosos, ampulosos y retóricos” [epic, conventional, contrived, bombastic and rhetorical]. And yet, in that decadence, Armand finds a new “estatura verbal” [verbal stature], “algo patéticamente lógico” [something pathetically logical], “una tenaz simetría o delirante asimetría, como marcas verbales o plásticas, que suelen trazar líneas reconocibles entre arte y esquizofrenia” [a tenacious symmetry or a delirious asymmetry, like verbal or plastic marks, which usually trace recognizable lines between art and schizophrenia].

If the neo-Baroque is thought of as a platform for reading, which allows us to challenge the tradition of meaning in Cuban literature, Octavio Armand’s preference for Manuel de Zequeira could be seen as a shift away from cultural reception, towards invisibility and madness. Gaze and display that Severo Sarduy employed with his Keplerian entry into orbit around the planet Lezama and that José Kozer tried to solve, in his youth, by imitating José Martí — that is, by taming the master, by transforming the model into an instrument. In all cases, the reading manifests itself as a writing station, as a part of the text that, while describing different or opposing perspectives, waters down the tradition or makes it portable. It makes the great Book of Cuban-ness into a paperback to take to the market or to the beach.

Giorgio Agamben has proposed something very similar in one of his latest books, The Fire and the Tale (2016). The Italian philosopher maintains that reading should be understood as a moment of writing allowing one to tell the reader that fire once existed, even though history may have extinguished it. Manuel de Zequeira, invisible underneath his hat, is the image that allows us to return some of the mystery to a Cuban literature story that always calls to mind a post-Fire period, a period of time that turned literary art into a notary of failure.