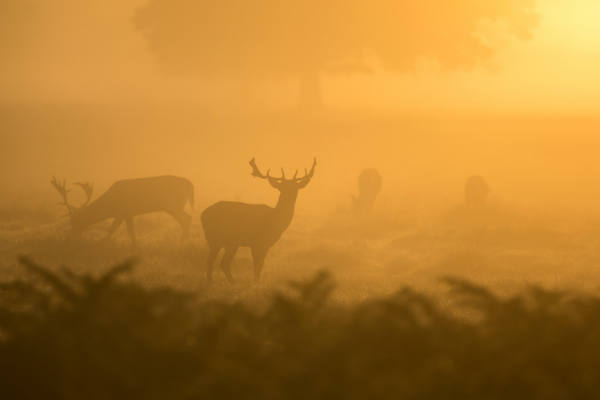 “That voice was heard and then it was gone, it began and it ended; its syllables thundered and were heard no more, the second behind the first, the third after the second, and the rest in the same orderly succession. With the last word spoken, silence reigned.”

Language is consecutive, as you have just read from Saint Augustine’s Confessions regarding God’s creative Word. The will to mean, meaning to mean, includes sequences that must be fettered and followed gradually before one reaches the desired objective: a silence equal to a viable completeness.

This specification does not substantially differ from Zeno’s mathematical paradoxes, known for pending sequences and segments to be followed in order for the fletch to hit its target and the race to reach its finish line.

However, in contrast to the segmented numbers of the Eleatic philosopher that both delay and impede the eventual culmination of the ordeal, in language neither sequences, links, nor goals are to be subdivided indefinitely, infinitely, so as to curb and restrain, time and time again, movement on each penultimate syllable.

On the contrary –as emphasized by the saint– one must assume a suitable and necessary fluency, pairing it with the breath that sustains and impels it: “in the human word, which consists of verbal signs, a phrase is completed on condition that words, having said what pertains to each, leave their space to other words that follow.”

Unlike the axiom, that attaches and self-reproduces in the mind like a virus, language binds itself to the transience of the body and the senses, to the rhythm of breathing, the movement of the lips and the tongue that give sound to the syllables in speech and song.

In one case the race never concludes, and in the other sometimes it is accelerated, or is precipitated, since it is the divisor and not the dividend that subdivides itself infinitely, and the pronunciation always catches up with the turtle: “through a bodily sensation you sense what is being spoken but do not wish for the syllables to abate, but to fly so as to let others appear, thus allowing you to understand what they are telling you.”

As in the first and second cases, without sequences there is no consequence. However, in the mathematical paradox the sequence that is almost always achieved is an end in itself: not the end but the mediated half that justifies the means. And the fears. And the means as much as the fears are halves activated by and for communication; pontificated, in a manner of speaking, halves suspended over the abyss like the keystones in an arc that almost join, thus distributing and supporting the weight of the signified in perfect equilibrium.

In the last instance, language is breath and word in consecutive syllables, both derived according to the saint directly from God, who instills the gift of breath and the word in man, Himself being the Verb, the fully consummated conjugation of the said and done.

Based on an upheld willpower, from a stubborn verb, the will to mean, meaning to mean, neither censure nor aphasia will hold back in a conclusive manner. Implicitly, between the lines, gestures, codes, and language winks replace the banned or lost. The word is spread even if lips do not move.

In the stam(m(m(m(m)m)m)m)mering, as in the bowels of the selfsame word, we could suspect Zeno’s fletched arrow in the wind. Syllables come to a standstill in one syllable. But even there one feels, albeit trembling, Heraclitus’ stirred pulse. Therefore the silence of a trampled muteness is conclusive in its own impotence; and they reach their target, both the word, defined clearly, and the stammerer whose physical and mental effort saves the tragedy at the end, even if the curtain requires one of his gestures or the borrowing of syllables by the listener, resulting in a tie between speakers thanks to a merciful elision.

The meaning also surges in apparent language contradictions. In the oxymoron dry water we shall know the suffering or the whetting of our thirst. Perhaps you would have not believed Epimenides while I would, and yet the Cretan said with absolute composure that he lied. In twisting like a Gordian knot in his own paradox, the deceit diminishes.

In a palindrome, as in the running of the bulls, the grand bull pen restates, because of specular symmetry, the dynamism of words that recommence where they conclude, rebounding in a perfect carom with the redundancy of a calculated sparkle.

Even in tautologies, capable only of lesser aims, the race implies the joy of a destiny, and so infallibly Achilles and the turtle catch up with each other.

Holy week: Sevilla is a procession; the song, an arrow. Andalusian Christ, the voice hauls mosques and lifts cathedrals; crosses the Cross and nails itself down to the starry depth of the lung, like a transit signal announcing the very last and only path: upwards.

From the mouth of the colossal black man, Lezama says, departs a train made of mamey. You can’t hear me, the little girl tells me, because I’m singing for my mommy. Love’s hurled arrow and the compliment reach their target either at random or by the art of falconry. Two untranslatable tongues interweave their syllables. The lover’s discourse has two paths but it plots only one course: the kiss.

“The road broke through like a lance on an uneven terrain, without deviating at all, and the landscape changed as we moved on.” From The Acts of King Arthur, Steinbeck’s version. The lance, the transit’s signal, the direction and the road coincide. The journey is made while moving on. Like the tongue. Like a kiss. Saint Augustine had said it thus: “It is in your Verb, the Word that created them, where things hear their destiny: ‘from here to there.’”

Language like a path and the path like language. A Renaissance perspective, the vanishing point, a mirror symmetry. Point to point, and from one point to another, the journey makes the road in the little by little and the round trip.

On the surface Homer traces a map named Ulysses and composes it in words. Geography as an adventure: space moves in a static world and time stalls in the stray currents of the rivers.

Not only does it drip on the canvas, sometimes he steps on it to paint: Pollock, like Ulysses, gets lost in the landscape he himself creates. Smears the canvas like a stone bison pierced through and through or a hunter bodily lifted by the force of a gore.

When painting time becomes space, and while tracking one’s prey space turns into a trail. A syntax that in each full stop continues and stumbles on a thousand perspectives that are vanishing points that are a bison’s or a hunter’s tracks, yours or mine.

Space transformed into a page and time into writing: the bison’s tracks and those of the man who tracks it are a novel, an essay, a poem. Upon encountering each other, at the shooting of an arrow and the bison’s charge, the animal and the hunter kill, slay each other, die. The understanding is mutual.

Quite often victory crowns someone who unknowingly has already learned to spell what is written and underlined in the subdued landscape, transforming himself into an arrowhead while sharpening and polishing stones to make arrowheads: an index that is order and an order that is a weapon that is a sign that signals a weapon that aims that it is a sign and kills and says that it kills and shall kill again.

Born in Guantánamo, Cuba, in May of 1946, in the heart of a family that had suffered two exiles, nine months of dictatorship under Bautista and, as the bolero goes, an entire lifetime of dictatorship under Castro, Octavio Armand has known the snow dreamed of by Casal as well as the entropic tropic where, according to Albemarle, everything rots. He lived for years in New York–there founding and directing the journal escandalar–and now he resides in Caracas. In Mexico, Calygramma has compiled his essays and poetry: Contra la página (2015) and Canto rodado (2017). In Bokeh, various books of his have been republished. Efory Atocha of Madrid and El Estilete of Caracas have embraced the matter of Cuba in El ocho cubano (2012) and Escribir es cubrir (2017). Refractions, a selection of paired poems and essays translated by Carol Maier, was published by Lumen Books in New York in 1994. Two Argentine friends, who he regrets never having met, commented on his work: Juan Antonio Vasco in Conversación con la esfinge and Luis Justo in Octavio Armand y el espejo o América como ucronía. Octavio Armand contra sí mismo, by Venezuelan writer Johan Gotera, was published by Efory Atocha. 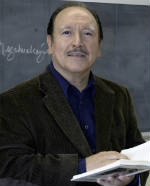 Roberto Cantú was born in Guadalajara, Mexico. He is Professor Emeritus of Chicana/o and Latina/o Studies, and Professor Emeritus of English at California State University, Los Angeles. He teaches courses on the European novel (Cervantes to Balzac), literary theory, and on Latin American, Mexican, and Chicana/o literature. He has numerous publications in his areas of interest, and is the editor of Border Folk Balladeers: Critical  Studies on Américo Paredes (2018);  The Forked Juniper: Critical Perspectives on Rudolfo Anaya (2016); Equestrian Rebels: Critical Perspectives on Mariano Azuela and the Novel of the Mexican Revolution (2016); The Reptant Eagle: Essays on Carlos Fuentes and the Art of the Novel (2015); The Willow and the Spiral: Essays on Octavio Paz and the Poetic Imagination (2014); An Insatiable Dialectic: Essays on Critique, Modernity, and Humanism (2013), and Tradition and Innovation in Mesoamerican Cultural History (2011). Cantú also edited the following:  Piel menos mía, by Octavio Armand, in a special issue of the literary journal Escolios: Revista de literatura, 1976); the bilingual edition (English/Spanish) of La raza cόsmica/The Cosmic Race, by José Vasconcelos (1979), and translated José Antonio Villarreal’s novel Pocho from English to Spanish (1994). In 1990 he received the Outstanding Professor Award at Cal State LA. In 2010 he was recognized at his campus with the President’s Distinguished Professor Award. He is currently editing a book on Mexican poet and essayist Alfonso Reyes, to be titled A Scholiast’s Quill: New Critical Essays on Alfonso Reyes (forthcoming).

The Terrible Charm of Difficulty

Those who have read Paola Gaviria, known by her pen name Power Paola, probably already know her life story. The new reader who is browsing curiously for the first time through…

January. The 2:34pm sun enters the house unimpeded through the back window, barely held up by a clumsy piece of carpentry. The big rusted nails split through the wood. Only…