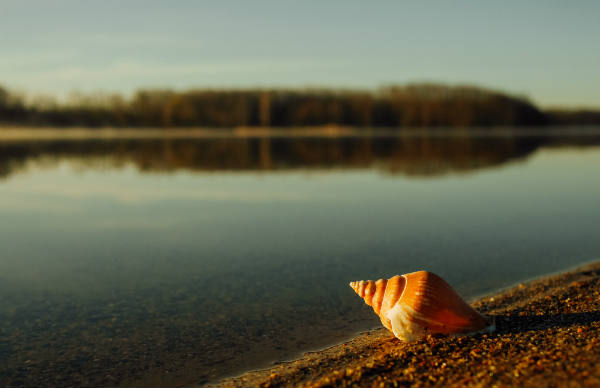 He is two people now: Octavio and Armand. One is a poet, the other is an essayist. Both are inseparable. What’s more, the two tend to get mixed up. Octavio, the poet, floats on the most varied lines of thought, he unleashes the melody of his comings and goings. His prose sets off down a path: no longer the path to Galta, or to Havana, or to Guantánamo, but the path from Spanish to English, from the Danube to the Pavesina, the path of the here and now, of the now that is no longer now because, just now, it is losing its time. Armand, the essayist, does not give up on the lyrical impulse, but now he is accompanied by anatomy, philology, painting, melancholy. But, above all, Octavio and Armand are something like a body that turns and turns. They jump, they make feints and dives, they pursue a meaning that always moves toward the edges of his pages of prose, like an “Etruscan brick” that arrives in my hands ready to question me.

Armand and Octavio are inseparable: to name one is to invoke the other and the resulting sum, caught up in the struggle that both undertake every day. I don’t think I exaggerate when I say that he—page and person—is most like a literary genre. Contra la página [Against the page] condenses his path through essayistic prose from 1980 to 2013. More than a brick, it’s the gate that leads to multiple passages, slopes, crossroads, and fissures. Looking over its index, I feel a further decentering: texts written inside and outside the country are now published in Mexico, but before they underwent a long transhipment through New York and who knows where else. Octavio’s ubiquity is ludic: where is he talking from? I think he speaks from a room full of smoke and ancient, rather wild animals. Far, very far from ideologies and doctrines, from marble statues and orthodoxies, Armand’s archaeology is built upon the humoral juncture of knowledge almost in ruins, devalued by the entire apparatus that manages what’s in and what’s not. But that doesn’t matter: he smokes that knowledge. Patiently, he breathes in. From the mouthful of smoke, body and memory do their thing. The page and the eye of another are the final door, but it has to be said, a good part of the developing process is only known to him and the people who tend to be with him when he writes. That’s the greatness of the double writer. Another with others, that’s the only way I can imagine the desire that flows through and pushes forward his writing a page about Lezama, Sarduy, Kafka, Gotera, Holbein, Apollinaire.

Acknowledging the others tends to put a person in a tight spot. I’ve never stopped wondering what Octavio and his essay might look like, how many things have to happen to make the style and the man the same thing. Where those singers come from. The trio from Matamoros must know something: ay, mamá, quiero saber de dónde serán estos señores que parecen de la loma y cantan con voz del llano [ay, mamá, I want to know where those men are from, who look like they come from the hills and sing with the voice of the plains]. I believe this question of coming from one place and speaking in the voice of another has a lot to do with “them” and with that unusual skill for moving on and over the page. Full of parodies and masquerades, I can’t help but recall Sarduy. A Cuban of Parisian alterity and a Parisian of altered Cubanness, from the first moment I read Octavio and Armand, I surmised that the dialogue was almost perfect. Both shared a taste for the baroque feast, a devotion to Lezama, an undercurrent of laughter, that resonant taste of words turned into air, the temptation and the risk of laughter that makes and unmakes meaning. Not in vain, they exchanged letters and comments on their books. Luckily “these two” found each other. It’s as if all Cubans have a double somewhere in the world. As you can tell, now I’m speaking of multitudes. The charade is self-aware, it has their numbers. Butterfly, cat, dog, monkey, piano, wedding band, dancer? I would add another to this map of signs: the suitcase. Yes, men weighed down with luggage, having moved from everywhere, except that room where times and spaces make a body. It’s not pure fate, then, that both have dedicated themselves to the strange juggling act of Montaigne, Darío, Reyes: yo soy la materia de mi libro, también mi metafísica y mi física, estúdiome a mí mismo, soy vano, banal, variado, centauro, pulpo y ornitorrinco, cósmico y de mi esquina [I am the subject of my book, also my metaphysics and my physics, I study myself, I am vain, banal, varied, centaur, octopus, and platypus, cosmic and of my corner]. I say so because, behind these counter-pages, I see the laughter of someone who has never fully believed in his “knowledge” and knows himself to be subject to the fluctuations of his variable condition. And I don’t know if this is a betrayal, but I can’t stop thinking of a fragment of a letter that they—I’ve no idea which one—wrote me years ago:

The essay does not insist, like other genres, on establishing any monolithic enterprise with its arguments. Instead of Fulano, Mengano, Zutano and associates, it’s satisfied with Fulano, Mengano, Zutano and accomplices. There is a sort of marginality, of improvisation, an assault on reasonable opinion from the imagination. It doesn’t try to share out its opinions like the Host so everyone can receive communion from the same thought, like angels on the head of a pin. It’s not about thinking alike, it’s about thinking. But thinking via blows, via hammer strokes, as Nietzsche suggested.

I look back over Octavio’s prose, and I think he and Armand made of all this a method that is, above all, a way of life: a way of life that, quite frankly, relies on spending hours with your eyes fixed on both sides of the double face, inviting the multiple I to converse, to fill your room with shadows and resonances, to make of the margins a memorious and dislocated center. They don’t write to fatten encyclopedias. Rather, they eat them and spit them out. It matters little what region of knowledge they adress; what matters is how they snatch it up. So, the subjects are infinite: Tao, walks, journeys, thought for a friend, mocking, venting, the tip of the little finger, handwriting, dreams, the distance of the imagined country; fate, its strange apparitions . . . everything comes out translated, altered, displaced, torn apart, cooked, baked, smoking.

It’s not Dada. It’s not avant-garde or rear-guard. It’s not surrealism. There are no manifestos. There are no proclamations, no utopias, except the utopia of how to resist the passage of time, just a choteo that sounds off and knows, that pushes and dislocates. It’s alterity, a very curious alterity. It’s another version of the Cuba that already comes from Santa Rosa, Las Mercedes, Chacaíto, that table at the Pavesina, its pale cups, the hellos, the jokes volleyed back and forth, the versions of other writings, its remarkably personal paleography, the confidences and the confabulations. That’s why these essays by OA might become fodder for the most infinite hypotheses, blah blah blah. What if Martí, what if Lezama, what if Benjamin, what if the Comedian in Chief, what if the baroque, what if “Lacan-sees-you,” what if it is, what if it isn’t, what if the game of mirrors, what if the Cuban, what if the Haitian and Dominican merengue, what if guiro and the Chinese flute that grew sweeter than the sun of Havana… But, always, out jUMPs the voice of the man who begins his poetic exercise in conversation, the messages that come and go, the tantrums, the sparks of memory, the advice, the jokes, all of which gives form to that form of reading that is all his own. I’ll sum it up like this:

I dreamed about the charade. It came out as “suitcase” again. The Chinese guy put it in my hands. He said: I’ll give it to you, go on, go and say it, but quickly, because dreams don’t tend to float so long. In my charade, the suitcase is the two, the synthesis. Folded over to give birth to a third. And two is Octavio, I said, double Octavio and Armand. If I already translated the image to a number, now I must turn it into a word. I would need to invent one able to erase all these borders. Delirium. Octavio and Armantd: Ocmand. Essayist and poet: essaet. “Ocmand,” “essaet”/Ocmaet/Oc, O, the octopus, himself. O,

The other would be: them shutting the latch, after this burst of laughter, as if hoping a stone would slip off the Ontario and its speed would impact the thermometers of the rain. Right now, close to the lively parrots, the other rambles along, Armand, then, Octavio, one and the other in the rhythm of their laughter. It was a Caracas afternoon in July of 1996, this conversation did not yet exist, and I’m not sure if it exists now. After ruminating on some message for the exiles who wander around here, he gets home and snatches his stub of a pencil:

Alejandro Sebastiani Verlezza (Caracas, 1982) is a poet and essayist who sometimes strays into visual arts. He earned his degree and is now a professor at the School of Letters of the Central University of Venezuela. He graduated from the Liberal Studies program of the Universidad del Valle San Francisco in 2015. He is currently earning a master's degree in Literary Studies from the UCV. He has published a chapbook, Posdatas (El Pez Soluble, 2009), the diary Derivas (bid & co, 2013), and the verse collection Canción de la encrucijada (Editorial Eclepsidra, 2016). His work has been included in Voces nuevas 2005-2006 (Celarg, narrative) and Voces nuevas 2006-2007 (Celarg, essay) and in 102 Poetas. Jamming (OT Editores, 2014) and Tiempos grotescos (UNAM, Mexico, 2015). Along with Adalber Salas Hernández, he has prepared two anthologies: Tramas cruzadas, destinos comunes (Común Presencia Editores, Bogotá, 2013) and Destinos portátiles (Vallejo & Co, Lima, 2015).

Aria to Listen To After the Pandemic

flower scent / like wine scent and / things that are scented / jasmine sunk in the grass / exhaling perfume // after they are dead,
/ such does not occur…

Where else was he going to be? Certainly / not up there, getting hungry amid so much silence, / so many saints in ecstasy, so much celestial sphere / obsessed…