The title story in Peruvian writer Claudia Ulloa Donoso’s collection Pajarito starts with a description of the narrator’s cat. He’s seven kilos, furry, antisocial. He has seven lives in Peru and nine in Norway, where he lost at least one by wandering outside in the polar winter. There are pictures of him on the author’s blog, but that’s not mentioned in the story. It’s just true.

Ulloa Donoso’s blog is important to her writing life. She moved to Norway for graduate school and started to write a blog about her insomnia—or a blog about someone’s insomnia, since she’s never called it nonfiction. In 2006 she published a story collection called El pez que aprendió a caminar, followed a year later by Séptima madrugada, which is essentially her blog in book form. Pajarito combines the two books, putting blog posts alongside short stories. There’s often no way to know which one you’re reading, though. Half the pieces in the book could be fiction, memoir, or both.

There’s no way to know if you’re reading fiction, but there’s also no need. Every page has the emotional immediacy of a diary entry and the floating nausea of a sleepless night. Ulloa Donoso has a Nell Zink-ish disregard for the conventions of narrative. She likes to get to the point, and she’s not too interested in pacing. She often writes in present tense, in short, declarative sentences that build into deeply strange scenes. Women bleed to death over cafeteria salads, then get up and walk away; one protagonist goes to a job interview with a dying bird in her pocket; another takes a vacation in her cat’s stomach because, as she puts it, “It’s always safer to travel with someone you know.”

Not all of Ulloa Donoso’s stories stretch reality this much, but they all feel this bizarre. The characters in Pajarito view the world through eyes so exhausted that the ordinary becomes surreal. Take “Plasticine Dreams,” in which the narrator goes to a park on the first day of spring and watches a performance. She’s thrilled by it, and amazed. Afterwards, she’s so exhilarated by what she’s seen that she falls asleep in public, on a park bench. The performance? A man mowing the lawn.

This is part of why I love Pajarito. I love how quickly these stories transport me outside my rational mind. I love the characters, so lost and distant from their surroundings, so confused by the simplest interaction and so ready to see the commonplace as unique. But strangeness in Pajarito isn’t always charming. There’s a lot of depression and dislocation. One protagonist, unable to believe in his own capacity to help, watches a man drown in the sea. Another brings a gun to work. A third prays all day for someone to “take charge of her soul,” which, you could argue, is exactly what fiction writers do.

Ulloa Donoso does take charge of her characters, and in the end, she always takes care of them. She knows clarity is beyond them, so she guides them toward acceptance instead. This is the other reason I love Pajarito so much: its strangeness comes coupled with empathy. There’s a George Saunders quality to her stories, an affection for the baffled and misguided. Take “Eloísa,” in which the title character’s voice is so seductive that it turns fireflies into men. In the story’s last scene, Eloísa’s boyfriend sits with his firefly rivals, drinking beer in companionable silence. “Together,” he thinks, “we don’t need to prove ourselves. We know that, no matter how dim and intermittent our light, we are complete beings. We are free.” If there’s a moral to these stories, that’s it. We are complete beings. That’s all we have to understand. 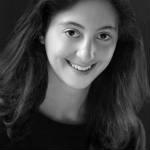 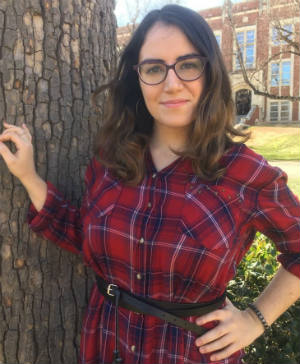 Ana Márques is originally from Valencia, Spain, where she earned a degree in Translation and Interlinguistic Communication in 2015. After two years of professional development as a translator and manager of translation projects in Spain, she moved to the United States in fall of 2017 to begin her graduate studies. She is currently an MA student of Hispanic Literature at the University of Oklahoma, and she teaches Spanish language classes at the same institution.

From The Love Parade

Following the chance discovery of certain documents, a historian sets out to solve the mystery surrounding a murder committed in the building where he lived in Mexico City’s Colonia Roma…