There are more swimming pools in France than in any other European country. Almost 100 people drown in French pools every year.

We go to the pool in order not to exist.

I go when I’m sick of everything, when the weight of my own body exhausts me, when I can’t stand my own steps on the sidewalk.

In the water, I’m weightless. I float like a corpse, and when I get out, I’m ready to be alive.

When I was young my mother and I used to spend a lot of time in the living room, coming up with possible answers to questions like whether there’s life in outer space. We always watched shows like Believe It or Not, and at the end, my mother would turn off the TV and ask me if I thought there was life on other planets. I never had an answer, but we’d sit in silence for a long time. Then my mother served dinner, and once we sat down the silence was done. We came up with so many answers at that table.

Believe It or Not isn’t on any more, and my mother and I don’t ask so many questions. We just talk. We’re two women at a kitchen table, drinking in each other’s words and silences with each sip of coffee, the room still full of answers after all this time.

But when I’m alone, I still have questions without answers, and when I think about them too long, I fall apart. That’s another reason I go to the pool.

Water has always given me a sense of order. Something about the surface tension, the way it changes with the temperature, the arrangement of its molecules: two hydrogen and one oxygen, a triangle, a balance. The water cycle reminds me there’s harmony out there, and clarity, and calm—though sometimes, during storms, it’s more like a person shouting the truth.

The molecules in a liquid both attract and repel each other. The molecules on the surface of that liquid tend to order themselves such that the surface behaves as if it were contained by an invisible membrane. We call this surface tension. Liquids form spherical drops due to surface tension. It enables blood to move toward the heart. It prevents objects from entering bodies of water; in other words, it means we can float.

Water helps when I’m falling apart, and it helps with my questions. When I’m in the pool, I become part of the water. It’s as if I left my skin in the locker room, like he liquids that flow through me don’t need a body; they can stay together without my body and its exhausting weight.

I have a theory: people who need answers, like me, look for them at the bottoms of pools, where there’s order.

Though sometimes we just do the dead man’s float, too. What can I say? Life is tiring.

Today I watched everyone swim from the bleachers. Each stroke seemed like a question. Some people swim fast, desperately, sucking in air like each breath might be the answer they need. Others float on their backs, letting the water get into their thoughts, waiting for an answer to form in the air above them as they drift in the other swimmers’ wakes.

Depression is linked to a specific point in the brain, not far from the place where we absorb knowledge. To study this further, a group of scientists at the General Hospital of Valencia observes the behavior of rats in a forced-swimming experiment. When the rats are put in the water for the first time, they swim energetically for five minutes. For five more, they swim slowly. After that, they just float until the scientists scoop them from the pool. In the next trial, the rats stop swimming much sooner. They’re passive. After two minutes in the water they start to float. This is a sign of depression and learned hopelessness.

I remember all the times I’ve thrown myself violently into the water because I wanted to touch the bottom, to get to the bottom of my sadness. I’d hold my breath and force myself to the tiled floor, thinking about my childhood, my father, my mother, all our silent lights in the living room; I’d think about falling out of love until my chest hurt, and then I’d let all the air go, turning my thoughts to bubbles, and float like a dead body to the surface.

I think we’ve all wished—at least for a moment, at least once in our lives—not to exist. And we’ve all gone in search of answers to impossible questions.

This is why pools are so popular.

My pool can be overwhelming. It’s too full. There’s the chaos of naked bodies in the locker room, and then there are all the bodies in the pool. The water is choppy, like my thoughts. There’s uncertainty, chaos, doubt, loneliness. Some days all it has to offer is twenty-five meters of butterfly and the smell of chlorine.

I’ve been coming to this pool for a year. I was here when it opened. I needed answers, but that day all I got was my reflection in the tiles.

Today I came for an event. The pool’s been open one year, and we’re celebrating. Two girls who swim in the mornings choreographed an aqua-ballet; a few women made lane dividers out of corks and bright plastic; we had a play in which someone pretended to drown; and a very serious man I sometimes swim next to revealed himself to be a chemist and explained how to de-chlorinate pool water for reuse.

I said I’d organize a game. I wanted to help everyone get to know our fellow swimmers better, since in the pool we never talk. For the last few days I’ve taken pictures in the showers—secretly, of course, so the game would be a surprise—and last night, I cut each one into a three-piece puzzle. The challenge is to put a body together correctly, matching a head to its torso and legs.

But when I introduce myself and start to display my game, everyone jumps from the bleachers and grabs their own parts.

I have to raise my voice to tell them the rules. I take the pictures away from the swimmers to demonstrate, see, you don’t complete your own photo. The game is too easy that way.

But no one here is interested in the game. Or else they aren’t interested in each other. Everyone takes their own body, but, at the end, mine is gone. All that’s left is my head and the wrinkled, drooping torso and legs of the osteoporotic woman who comes to the pool to strengthen her bones.

I pick up the photo of my face and decide to leave, but as I’m walking away the osteoporotic woman stops me and announces, “I won!”

She shows me all three parts of a photo. They fit. I look at her naked, shriveled body, and then I hug her and declare her the winner. I even give her the prize: water wings, a snorkel, and red goggles.

In certain YMCAs, it is considered unhygienic to wear a bathing suit.

Claudia Ulloa Donoso was born in Lima in 1979. She is the author of the short story collections El pez que aprendió a caminar, Séptima Madrugada, and Pajarito, and has won the Peruvian short story competitions Terminaremos el cuento (1996) and El cuento de las 1,000 palabras (1998). She currently teaches languages in northern Norway. 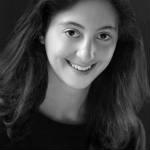 I would like to begin by stating that translating Indigenous literatures into languages like English is seldom done and even less theorized. In the case of “bilingual” Indigenous texts, for…