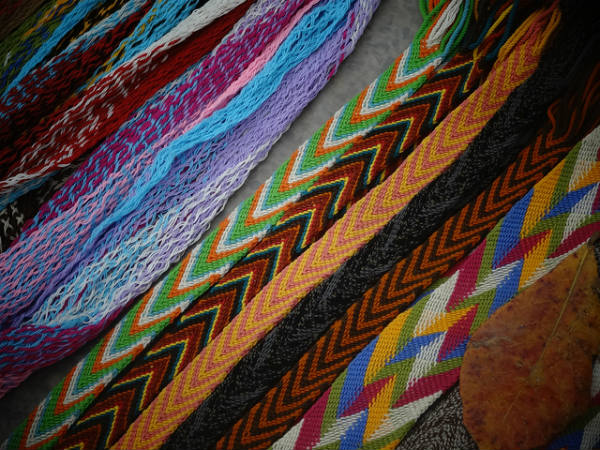 Three Wayuu Writers Bring Winds of Renewal from the Desert

The Wayuu inhabit the peninsula of the Guajira on both sides of the border between Colombia and Venezuela, and they are the most populous indigenous community of Colombia. The Guajira is geographically divided into the Baja, Media, and Alta Guajira. The Baja is the southern part, and for this reason the communities that live there have much more contact with the rest of the country and with arijunas, or outsiders. The Alta Guajira is more desertified and much more isolated; it is the northernmost part of South America. To travel over the Alta Guajira, weather permitting, is to cross a seemingly limitless desert, but it finally ends at Punta Gallinas with the majestic Caribbean Sea.

The Wayuu community is politically organized into e’irüku, or clans. The word can be literally translated as “flesh,” and the members of a clan normally see each other as family. Clan affiliation is defined by the maternal line, and women have a very important place in this community. Taking this into account, it should be no surprise that two of the three writers invited to participate in this dossier are women.

Wayuu literature has a long and rich tradition, as long as the history of the people itself. Wayuu wisdom and stories have found their way to our days through many media: music, oral tradition, woven cloth, etc. Then, in the middle of the twentieth century, when Antonio López wrote the dramatic tale “Los dolores de una raza” [The pains of a race] (1957), Wayuu literature discovered, in writing, a new way to tell stories. Listing the first works published by Wayuu writers, it is fundamental to mention Ramón Paz Ipuana (1937-1992) and Miguel Ángel Jusayú (1933-2009), who opened the path for a whole new generation of indigenous writers and intellectuals in Colombia as well as Venezuela.

These writers laid the foundations for a literary tradition, a tradition inherited by the writers in our dossier: Vito Apüshana, Estercilia Simanca, and Vicenta Siosi. These young Wayuu writers, along with others like Rafael Mercado Epiayú and Juan Pushaina, are the new face of a millenary lineage of storytellers.

In the present dossier, we have collected several poems by Apüshana, a letter/manifesto by Simanca, and a short story by Siosi. These texts are translated to English in this journal for the first time. Accompanying the literary texts, there are two articles about the writers, the first by Professor Juan Guillermo Sánchez, who contributes a lucid essay on the poetry of Vito Apüshana, and the second an article I wrote myself on the work of Estercilia Simanca.

In the poems by Vito Apüshana we have selected, we see evidence of the themes and the sensibility of this poet, who, in 2000, won the prestigious Casa de las Américas Prize. In his poems, Apüshana lets us glimpse fragments of his native Guajira. The natural world of the Guajira and Wayuu culture are interwoven in his poems, creating an intimate, somehow mystic space.

For her part, Extercilia Simanca’s text seeks to serve as a manifesto of her poetics, of the place she assigns herself as a writer and of the literary notion of Abya Yala. Simanca is a woman with a strong, critical personality, which shines through in her text. Some of the questions the writer asks in “Pulowi of Uuchimüin” are extremely pertinent when speaking of the indigenous literature of our continent.

Finally, Siosi’s text addresses the reality of certain Wayuu women from a stark and absolutely necessary perspective. The Wayuu are not only a culturally and artistically rich community. Also, like any other culture, they confront grave social problems; one of them is child marriage and poverty. These subjects are addressed in the story “I Never Heard the Birds Again,” in which the author reflects on the potential curse of being born a beautiful girl in her community.

Apart from the three literary texts that appear in the dossier, we also present two analytical texts on Wayuu literature. In the first, Juan Guillermo Sánchez writes about the poetry of Vito Apüshana. Sánchez is not only an academic and a professor but also a poet, which is clear in his very relevant essay. Sánchez, along with Lorrie Jayne, also contributed to this selection with their translation to English of Vito’s poems.

In the second essay, I reflect on the work of Estercilia Simanca and her importance not only as a writer but also as an activist and lawyer. Simanca’s literary production surpasses the limits of writing to affect reality. In my article, I highlight some of the recurring themes in the author’s work and I try to understand her literature based on the complex context in which it is inscribed. Sánchez and I reflect on two authors whom we know and with whom we have shared ideas for many years.

This dossier is an opportunity to get familiar with the literary work of three important Wayuu writers, for readers of Spanish as well as English. The sucess of this effort is framed by the outstanding work of the editorial team of LALT. It is important to recognize the space this journal has opened for the publication and diffusion of indigenous writers. This, in turn, responds to the need to open the canon of Latin American literature to writers who were excluded in the past, but whose importance is ever more evident. And so, we invite you to read and enjoy the work of these three writers, and we hope these readings will translate into an even greater interest in their literary production. Contemporary Wayuu literature is like a fresh, renewing wind that sometimes reaches those who choose to venture into the desert.

Ana María Ferreira is an assistant professor at the University of Indianapolis, where she teaches and researches on Latin American literature and culture.  Ferreira graduated from Georgetown University, and she is interested in colonial and postcolonial indigenous writers.  For many years, Ferreira has collaborated with Wayuu writer Estercilia Simanca, and she dedicated two chapters of her PhD dissertation to her work.  To professor Ferreira, indigenous literature has been, from the fifteenth century to this day, not just a way to preserve indigenous traditional stories and cultures, but also a form of resistance to colonization.  She is also a regular contributor to the Colombian magazine Razón Pública.

It’s raining when Osmundo stops me by the crosswalk. It wasn’t raining a moment ago. In another reality a half step to the left of this one, the sun is…

Marina Colasanti, legendary Brazilian author, worked at the Journal du Brasil from 1967 as Clarice Lispector’s editor. We met in Quito during a book fair and I asked her if…