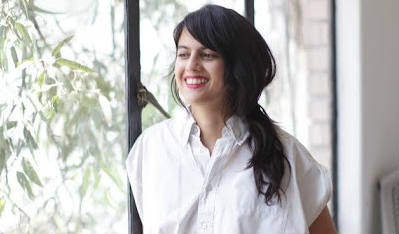 Editor’s Note:
Bogotá39 is a project by the Hay Festival and Bogotá: UNESCO World Book Capital City to name 39 of the most promising Latin American writers under the age of 39. The first list was assembled in 2007, and a new list appeared in 2017. Beginning in the current issue, Latin American Literature Today will feature works by the young authors selected for this prestigious recognition. View the full 2017 list here.

The gorilla, sprawled on a rock, contemplates the mop and bucket forgotten by the zookeeper. Were it earlier, had he a group of children in front of him, the gorilla would cudgel them with the mop. But it’s late. In any case, children were a while back banned from getting close to his cage. Beneath the bucket, a dry branch. He exhales. He contemplates the mop, the dry branch beneath the bucket. Slowly he lowers himself off the rock. He approaches the bucket, slides it aside with the precision of an old man moving a chess piece, picks up the branch, and goes back to his rock. Days ago, the gorilla launched this branch at a miniscule man who was taking photos of him. The man tried to avenge himself by throwing it back, but only just managed to get the branch back into the cage. The gorilla hates short men. Were he an old man, he would beat short people in the street with his stick, he would thrash indiscriminately at all those of limited stature. Shortly after he came to the zoo, he launched a rock at a child, braining it. There was at once a scandal in the press. The parents of the child and with them other parents demanded that a sign be placed at the entrance to the zoo prohibiting children from getting close to that particular cage. If he had been an old man, he would have told, laughing, time and again, the story of the injured child. Stretched out on his rock, he contemplates the three, four cages in front of him, chewing the branch. If he was an old man, if he was sat beside his son in a car stuck in traffic, he would recall out loud his stories in this avenue. His son wouldn’t find that one, the one with the branch beneath the bucket, funny, but he, in the passenger’s seat, would laugh along with himself. He blinks. He blinks more and more slowly. He does not perceive any movement in the other cages. It gets dark. The zoo is empty. He blinks more slowly, heavily. He begins to fall asleep, drooling with the branch in his mouth, like a beslippered grandpa falling asleep on the sofa.

The zookeeper, sprawled on the sofa, is watching TV when he hears the phone ring. Were it earlier he would be muttering to himself as he sluiced out a cage, he would be imprecating against his ex-wife. Were it possible, he would launch a rock at her, but that doesn’t enter his head. In truth he misses her. The phone rings again. He wants it to be her. He answers. It’s her. He turns down the sound on the TV with the remote control, sits up, adjusts how he’s sitting on the sofa, as if her voice preceded her emerging from the kitchen, drying her hands on her skirt, the way she used to. As he listens he pictures her in a bigger house, in a bigger kitchen, at the side of the man she left him for. The woman tells him that she will come by the following day to pick up her hairdryer, apparently the only thing she forgot in the bathroom cabinet. Her visit will give her a chance, she says, to drop off her keys. This riles him, he resents her forgetting the hairdryer. You forgot some other things he says, and the last word comes out a squawk. She interrupts him, she asks him to be quiet, she doesn’t want to listen to him she says and hangs up. He knows she won’t call again. He knows her. He thinks he knows her. Better, to say he thinks he knows her. Now he feels like a monkey but, unlike one in danger of extinction, he knows that every day many are born just like him. He imagines, he knows almost for sure that the man at his wife’s side is bigger. He is any old monkey. Free, perhaps, but a monkey like any other. The man at his wife’s side is like a gorilla protected by the zookeeper, perhaps, cared for by a foundation, admired by the press, photographed by the visitors. He imagines, he knows almost for sure that this man makes more money. So why doesn’t he buy her a new hairdryer, a more demure one, one with more colored buttons? He liked everything about her, he thinks, everything barring her occasional bouffant. A stiff cylinder of fringe, held in place with hairspray. So giving her back the hairdryer will contribute to the preserving of the bouffant fringe. The man who has replaced him deserves to know the defects of his ex-wife, this one in particular. Although his wife has other defects, right now he can think only of this one. So he is willing to return the dryer to her, but will refuse to accept the keys. He doesn’t like the idea. He would like to ask her to keep the keys, to, please, at least, to at least keep that one thing. Like a souvenir, he thinks, something that reminds her of all those years together. It’s fine, he thinks, if she leaves the keys, but she must keep the keyring, which they bought together from a seller of trinkets while strolling downtown. That was a good Sunday, he recalls. Were he a gorilla, were he able to, he would abduct his ex-wife and clamber with her up to the top of a skyscraper, threaten to drop her if she didn’t keep the keyring, but he has no other recourse than to swallow the decisions of his ex-wife like so many bananas. The best thing would be to do like her. Not look for her. Not meet her, not see her in his apartment the following morning. Prostrate on the couch, he decides to get to work earlier than usual, return to the apartment later than usual, find the keys on the table, he hopes, without the keyring. He doesn’t want to meet her, doesn’t want to see her, doesn’t want to know. He turns up the volume on the TV. In truth, he misses her.

In the cage is the gorilla. The zookeeper from a distance notices that he forgot the bucket and the mop. He dashes forward, propelled by fear and the desire to prevent the destruction of his utensils. As he opens the door to the cage he thinks about his ex-wife’s call, he thinks about the hairdryer his ex-wife will pick up, he thinks that the best thing would have been to arrive earlier. Luckily, he thinks, the zoo still hasn’t opened its doors to the public. The zookeeper is closing the locks when he hears behind him the bucket fall. A few steps away the gorilla has the mop in his hands. He intuits that the gorilla will give up the mop, but he doesn’t know how to approach him. The gorilla, sitting on the floor, is fingering damp strands of mop. The zookeeper imagines the laws of the mountain, of the habitat of the gorilla, and he snatches away the mop with a roar he thinks resembles that of a simian. The gorilla responds with the ire of an old man who has had his newspaper wrested from him. Justice is served: he seizes the mop once again. The gorilla draws himself up, imposing distance with his size and making the zookeeper put a few meters distance between them. The zookeeper edges towards the door. The gorilla begins to mop the floor, imitating precisely the circular movements, copying the manner in which the zookeeper daily cleans the cage. The zookeeper smiles, seeing himself in the gorilla’s movements. He feels that he has won its empathy and approaches the bars. He looks at the circles of water that the gorilla sketches with the mop. The zookeeper notes that the first damp circles on the floor are fading. He asks himself if the one hundred eighty kilo animal is bent on cleaning the whole cage. The zookeeper nudges the bucket closer to the gorilla with his foot. It wets the mop and goes on. The zookeeper is sure he has won the gorilla’s friendship. He rests back on the bars, rests an elbow in a palm, rests his chin on the other hand, he wants someone to be watching them, maybe a visitor, maybe a camera. Any camera would do. A TV camera would be ideal. His ex-wife would recognize him on the news program they used to watch in the evenings, she would feel proud to have shared so much time with him, so many things with him, she would call him on the phone to congratulate him on his work at the zoo. But he knows that no one is observing the scene, he knows his ex-wife won’t call again. He seems, more, to be alongside an accomplice. He imagines, he knows almost for sure that he is alongside a compadre, so much so that, from the bars, he crosses his arms and at the same time asks: “You think there should be a sign at the entrance of my building, prohibiting women from entering?” The gorilla answers by dunking once, twice, three times the mop into the bucket. 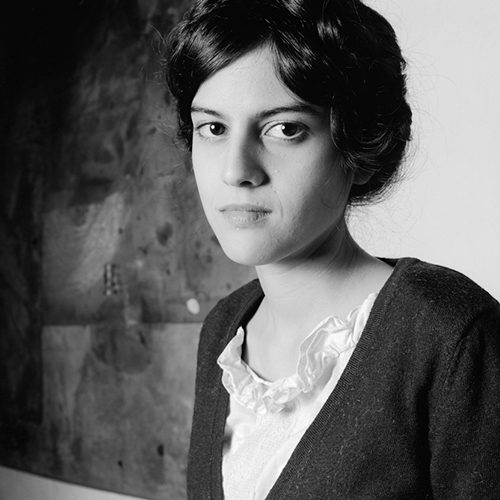 Brenda Lozano is a fiction writer, essayist, and editor. Her books include Todo nada (2009), followed by Cuaderno ideal (translated as Loop by Annie McDermott, 2019), and the book of short stories Cómo piensan las piedras (2017). In 2015 she was selected by Conaculta, the Hay Festival, and the British Council as one of Mexico’s best fiction writers under forty. In 2017 she was added to the Bogotá 39 list, a selection of the best fiction writers under forty from across Latin America. Witches is her most recent novel.

John Z. Komurki’s recent projects include Mexican Poets Go Home (Bongo Books), a bilingual anthology, as co-editor and translator, and Risomania (Niggli), as author. He is working on a study of printing in Mexico.

Fiction is a consequence of a writer’s curiosity about life. I don’t think a writer’s interest is life in general. What matters to a writer is the concrete gallery of…