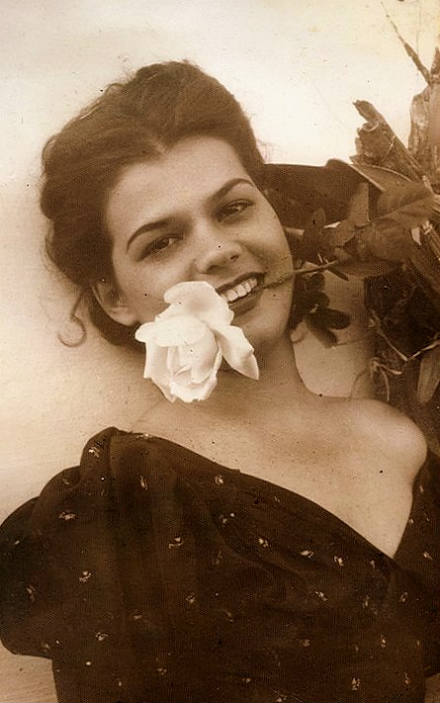 It is written and the writing unravels
skeins of luxurious likeness;
a boat that never comes and always reaches
the measure of hunger without concession

Fist of shadow on the fresh silk
of the pocket; the silk in similarity
to a well-polished floor and praise
of he who should be sown but doesn’t stay.

And it is not erased from the wall of wind
where confusion weaves and unweaves
what seems like a valid point.

To pause, to seek some resolution,
something to cover up or just a thought
that breaks apart the rose or leaves it be.

The poetess meets the measure and risk of the stone of speech.
She behaves as if through other ages, other arguments.
She sounds out the day only to discover the night in its fall plumage.
She bursts into the congregation hall wearing only the simplest habit.

She kneels with her riches in the iguana’s den…

Once she’s ready, she goes back to the starting point. Point of expletives.
She denies her sacred birds, her ill-lit cave, style and rarity.
Cowardice and perplexity, courage before her age and her points of solid gold.
The poetess responds to every fire, to every illusion, frown, peak
repeated in equal sadness, in equal struggle for greater shadow
for a slightly greater sweetness for the aging rank.

The poetess counts to 100 and retires

The poetess gathers herbs between seasons,
old bread, special ash off the knife;
herbs for events and initiations.
She doesn’t much care for the inheritance of the strong,
the studious ones, with free hands and closed hearts.
Who, him or her, under oath, destined for the future.
Sons of bitches clammering so sweetly for the word,
begging how to reach the saint and her language of mist.
Last night there were stones on the back of a nation,
coal rubbed hard into the cheeks of a distant village.
But after that they gave thanks, came together, backtracked,
retired June and July out of hunger. So there was hunger.
The good girl counts to 100 and retires.
The bad girl counts to 100 and retires.
The poetess counts to 100 and retires.

Translated from the Spanish by Arthur Dixon

"Petals," from Bezoar. And Other Unsettling Stories

Intricately woven masterpieces of craft, mournful for their human cries in defiance of our sometimes less than human surroundings, Nettel’s stories and novels are dazzlingly enjoyable to read for their…

An Interview of Marta Aponte Alsina by Juan Carlos López

To write a book is to pawn a part of your brief life, to lend your body, to give it up so it can be occupied by other voices. We…

Cuban Poetry and the Revolutionary Period: Asking about the Persians