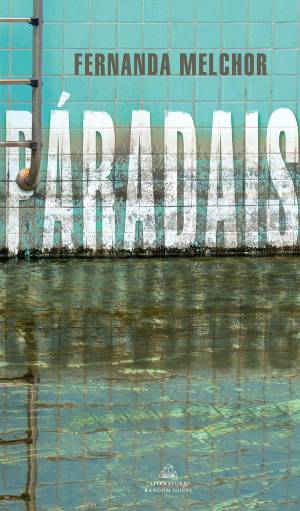 Fernanda Melchor may have been born in Mexico, but in a way, she writes in Russian. In her new novel Páradais, she adopts Viktor Schklovsky’s concept of ostranenie, or defamiliarization: the description of familiar things as if they were being seen for the first time. In the novel, the ordinary becomes an object of fascination and, sometimes, disgust. For example, the abominable Cheetos are described as a “fried snack covered in orange powder” and harmless Corn Flakes become “enormous bowls of cereal soaked in milk” (the key word here, which renders everything slightly grotesque, is soaked). The author uses this method repeatedly throughout the book. The profanities, automatic and disposable, regain their luster: By parading next to words removed from the daily register (dilecto [beloved], entenado [stepchild], viada1, perdulario [dissolute]), the author forces us to read her novel with the concentration we reserve for poetry. In a pivotal scene, a character brandishes a “prehistoric knife” in his hand, and our perception of the terrifying changes, deepens. This is a book that turns the ordinary into something strange, the vulgar (in its double meaning, popular and obscene) into art.

Páradais is the story of the inevitable confluence of two filthy rivers in the Veracruz region, and the things they drag along the way. Two young men, one fat, blond, and rich, the other prieto [dark-skinned], tough and lower-class, brought together by the mouth of a bottle of bacacho [Bacardí white rum] that they take turns giving little kisses. The novel aims to portray Franco and Polo as marginalized characters who cross paths, literally, on the sidewalk of the subdivision where Franco lives with his grandparents and Polo mows the grass. Away from the watchful eyes of the rest of the neighbors and workers of the subdivision Paradise, the boys meet—accidentally at first, then periodically—during a short summer to do two things: get drunk with the money Franco steals from his grandparents, and listen to him talk about his sexual obsession with Marián Maroño, a D-list celebrity who moved to the subdivision with her husband and two kids.

I’ll spare you the details. I’ll just say that the obsession grows until it involves both of them in a sinister plan. I’ll also mention that this is a minor plot point that, in reality, doesn’t make up the central point of the novel. Although Páradais tries to portray both characters as victims and extremely cruel people, and although it tries, as publicists would say, to erase the boundaries between the two’s suffering and fantasies, to erase the separation between two “polar opposites of contemporary Mexican society,” what’s truly interesting in the narration is the life and tribulations of young Polo. Franco’s issues (an abusive and absent father, his unhealthy obsession with his neighbor, a patent dependence on the damn Cheetos, and pornography) are dispatched in a simple way: Everything about him is despicable, infecto [foul]; and again and again he’s described as being covered in drool. He is, if you will, a cartoon villain, with a high-pitched, squeaky voice, condemned by his vices and his fat rolls. And little else.

The novel in fact unfolds in Polo’s court, with a narrative voice close to his consciousness (hence the first sentence of the novel: “Todo fue culpa del gordo, eso iba a decirles” [Everything was the fat guy’s fault, that’s what he was going to tell them], with a verb that could be in the first or third person), who tries to understand why he does what he does: why he doesn’t move out of the house where he’s welcomed with chanclazos [blows with a flip-flop], why he works somewhere he considers to be detestable, why he doesn’t join the local gang known as the halcones [falcons] (an opportunity he finds, literally, around every corner), why he befriends the fat guy even though he despises him, and why he goes along with his shocking final plan. The title of the novel, a distorted spelling of “paradise” that the narrative adopts, reveals the inevitable complicity with the character, whom the manager of the subdivision scolds for his ignorance: “Páradais, lo corrigió Urquiza, con una media sonrisa de burla, la segunda vez que Polo trató de pronunciar esa gringada. Se dice Páradais, no Paradise; a ver, repítelo: Páradais” [Paradise, Urquiza corrected him, with a mocking grin the second time Polo tried to pronounce that gringo word. It’s pronounced Páradais, not Paradise; come on, say it again: Páradais].

With every turn of a page, we come to know Polo’s fears. We are silent witnesses to his incipient alcoholism and his admiration for an illiterate grandfather whom he loved and feared equally. We share his indignation for the trash his neighbors could’ve picked up but didn’t, because there he is, the muchacho [boy] who can be consoled by the occasional tip. When Urquiza, his boss, gives him the keys to his car so he can clean it (something that clearly isn’t in his already abusive contract as a gardener), Polo thinks: “How he’d like to smash those keys in his face and tell him: clean it yourself, you fucking son of a bitch, and immediately after take out the machete he carried in his belt and break his egg-shaped head with a single chop!” It is in situations like these where we can justify the analogy of a silent violence linking Franco and Polo: they both want—pardon the vulgarity, but that’s just how it is—to pull out the machete.

And yet the novel is a systematic exploration of unfulfillment, of the intentions and desires that Polo doesn’t pursue; rather, they pursue him. “Why?” the novel seems to ask over and over again, like someone who throws a stone into a well but doesn’t hear anything. Or rather, hears  the fall itself because Melchor has a fine-tuned ear, and there’s a vertigo that seduces her in that movement, of the inevitable, because even when her hero gets baptized, the water gives him conjunctivitis. In that pinnacle moment of the novel, the exact point where he can let go of everything and “be free”—which he’s recently discovered was “his goal”—Polo remains stiff, immobile, his own life seeming endlessly foreign to him.

1 Because viada is a polysemic word, and its meaning cannot be determined based on context here, I have not translated it. Also, the quotes that follow represent very colloquial language, so the translations are tentative. (Look for the English translation in the near future by Sophie Hughes.)—Trans.