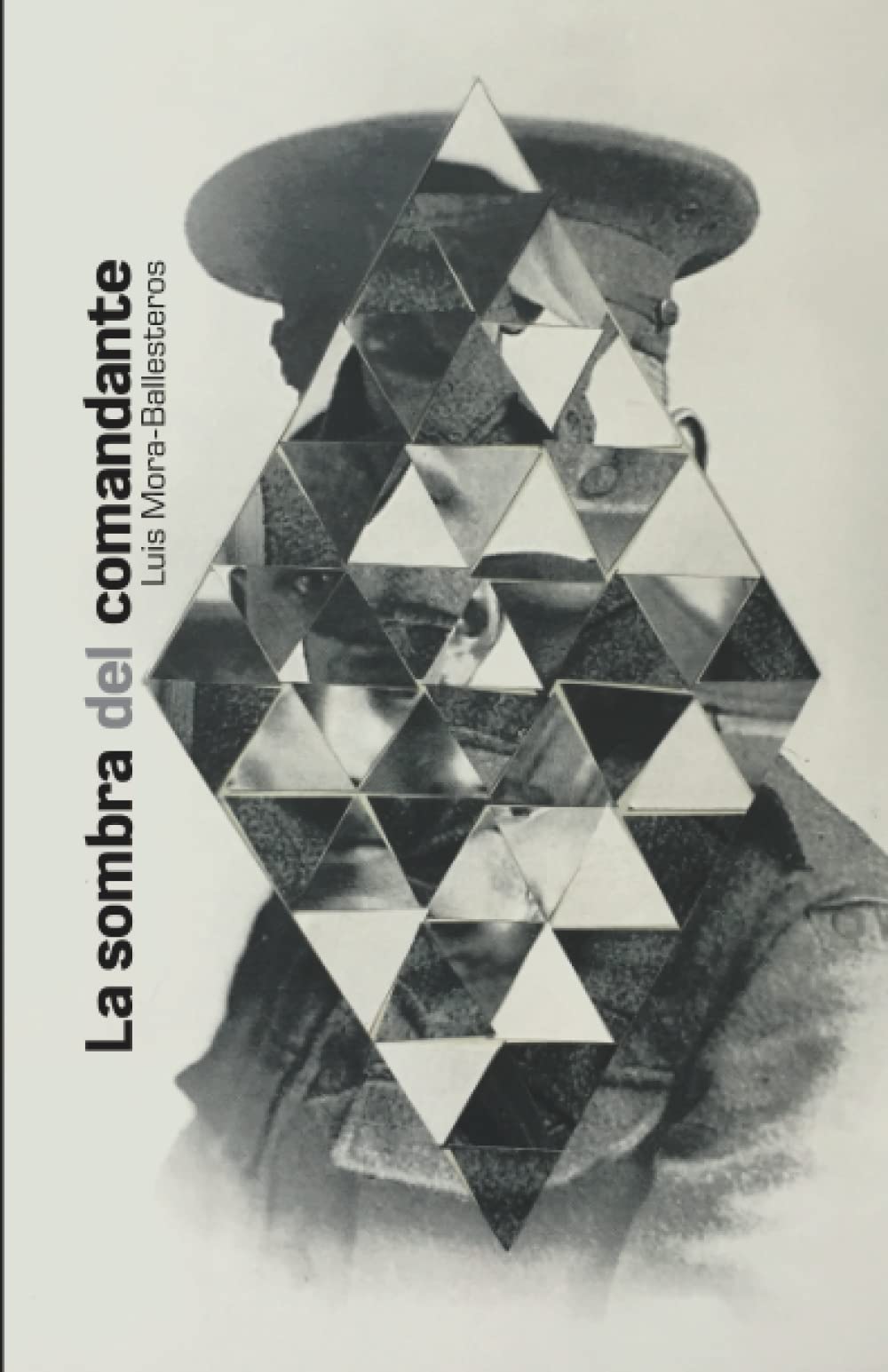 Following the publication of Díptico de la frontera (2020), La sombra del comandante (2022) is the next instalment in the Trilogía de la frontera by Luis Mora-Ballesteros, a Venezuelan author who has developed his career as a writer alongside his work as a literary critic, promoter, and lecturer in Spanish. This second novel picks up where the first book left off, as journalist Juan Ángel Villamediana tries to uncover the true identity of Commander Ciro through his column Tierra mala and blog Tierra Ajena. This time, Villamediana’s findings become the basis for a police investigation into the mysterious identity of the paramilitary commander, who operates on the Colombian-Venezuelan border. His investigations and the accuracy of the details he provides in his column lead the police to consider him as a possible accomplice. He is even suspected of being linked to the armed groups that terrorise the local communities along the border between the Venezuelan states of Táchira, Apure, and Zulia and the Colombian departments of Norte de Santander and Arauca.

Through a writing style undoubtedly influenced by realism, Mora-Ballesteros sketches out the landscapes of the Andes and the border regions. This imposing terrain sets the scene for the criminal activities of the combatants acting under the orders of the antagonist, Comandante Julián. Julián is a former Catholic priest who formed a band of men under his command to track down and capture his enemy, Comandante Ciro.

The narrative voice plays with different tones and treads a very fine line between the tangible reality of the border and fiction—a line not often seen in contemporary Venezuelan literature, which tends not to tackle such issues. However, in this novel, this is in keeping with the author’s aim of exposing a micro-universe present in Venezuela’s daily news. The Shadow of the Commander, as the title might be translated, approaches this dynamic of blending fiction and reality through various moments of intertextuality. These include warnings to the reader, the manuscripts that are rewritten within the story, as well as transcribed telephone calls and court records, all of which raise questions about the content and purpose of these literary devices within a narrative that seeks to be plausible. Similarly, the structure of the text and the way it is divided further heighten the intrigue in a series of conspiracies surrounding the elusive Commander Ciro, to the extent of implying that Villamediana is involved in criminal activities, as has previously been mentioned. This complex situation manages to highlight some of the problems on the border associated with the power of criminal groups that operate the smuggling trade and who use fear as a means of controlling the local population. The horror described in the pages of La sombra del comandante, caused by a dispute between old paramilitary comrades, echoes familiar occurrences in the Venezuelan territory bordering Colombia, including what happens in the so-called “trochas” through which cross-border smuggling operates, and which here assume an unusually prominent role:

The corpses of other criminals were seen hanging from the overpasses and footbridges of Pedro María Ureña and San Antonio. The people living on the border between Venezuela and Colombia, to the south and to the north of the state of Táchira, when faced with the countless victims of murders and assassinations, renamed the illegal crossing places where the bodies appeared; they renamed squares and urban walkways…

La sombra del comandante has three different narratives from which three different plots develop: the search for and capture of Commander Ciro; the police investigation into Juan Ángel Villamediana; and the content of the journalist’s column about a former paramilitary leader: Commander Julián.

Mora-Ballesteros’s fictionalisation of the border brings a range of marginalised voices into sharp focus. It echoes and projects the realities of a harsh landscape in an ongoing conflict: he has succeeded in painting a detailed picture of life along this border shared by two nations, and one which, on several occasions, serves as something of a review of its recent history. Similarly, through the articles of journalist Villamediana, readers are tasked with discovering the location and true identity of the leader of the paramilitary group and the alleged leader of a gang of criminal children who operate on the Colombian-Venezuelan border. This suggests that the unanswered question of the first novel, “Who is Commander Ciro?” (Díptico de la frontera), will be resolved, or have an acceptable ending.

Both the title of La sombra del comandante and the file contained in the text under the heading “Appendix 1” act as paratexts which also pose a challenge to the reader. The “last editor” of La sombra del comandante warns: “A man will be put behind bars, he will escape soon after, the authorities will leave his search and capture to armed gangs, and the only trace of him will be a smiling face with open eyes facing a blazing sun that will spread over the horizon of what is visible.” A reconstructive effort is needed to flesh out the meaning of this story, which is not just one story, but three at the same time.

The novel addresses themes including paramilitarism and the de facto power of the gangs that run the smuggling operations (mainly of fuel) from Venezuelan towns bordering Colombia. The novel also sheds light on the serious issue of extortion known as “vacunas” [vaccinations], used to threaten and control the general population. It also exposes the hiding of drug lords in Venezuelan territory, and reveals the media interests that lie behind the news coverage of these and other issues.

The facts and fiction depicted in La sombra del comandante are presented using a hybrid language that straddles article journalism, prose narration, and dialogue. The story unfolds in different timelines and is multi-layered. This narrative strategy makes it possible to broaden the horizon of interpretation for the reader, who can delve deeper into the parallel plots with greater empathy. This approach to writing reaffirms the style of an author for whom the music and rhythm of the story, as well as the shifting and interplay of different narrative layers, play an important role.