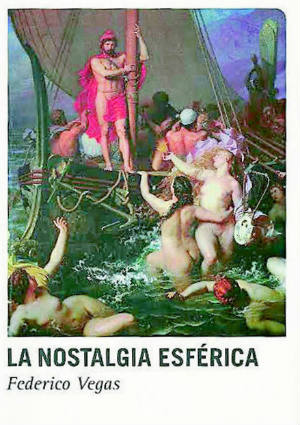 Within the Venezuelan short-story scene of the first decades of the twentieth century, it is difficult to make a selection of the paradigmatic names of the most important short story writers. This is because contemporary narrative has inherited the lack of central focus, currents, and tendencies that characterized previous decades, which presupposes the curious fact that the literary generations must overlap. So, together with canonical and renowned authors, we must mention emerging writers, some of whom have scarcely published one or two books. Nonetheless, there are various writers who, during the past two decades, have developed a prolific body of work in various narrative genres with a high level of editorial and commercial reception and can be considered the most consistent voices of the contemporary Venezuelan short story. In this regard, Federico Vegas is one of our most emblematic short story writers. La nostalgia esférica [Spherical nostalgia], his most recent collection of stories, not only confirms this fact – it also reveals his consolidation of his own style, a personal narrative brand in which we can find many of the keys to reading all of his previous work.

This volume is made up of an introduction and fourteen stories. Like all the author’s previous works, they include a game based on personal or collective anecdotes told on the border between reality and fiction, preventing the reader from establishing a clear distinction between the two dimensions. Vegas makes use of many narrative strategies and paratextual marks to make the distinction between the discursive dimensions (reality and fiction) less visible. On one hand, he pairs many stories with an introduction independent of the text itself, as a sort of wake-up call to the reader, to give clues about the origin of the plot or to warn about some aspect that should be kept in mind while reading the text. On the other hand, through a game of narrative voices, he overlaps what could be events from his own life with the diffuse identities of his characters in an exercise linked to autobiography and autofiction. In several of the stories, like “Un suspiro de mantequilla” [A sigh of butter] (p. 75), “El astrónomo” [The astronomer] (p. 85), or “Somerville” (p. 185), he even makes use of his own name or of the titles of his best-known books.

The thematic consistency of the stories included in La nostalgia esférica is made explicit in the “Introducción” (p. 9): the stories include characters united by the desire, the necessity, or the impulse to travel; the journey as change, transformation, departure, and return; and, finally, the need for travel and change as a nostalgic urge associated with Venezuelan identity. In the author’s own words:

For we Venezuelans, nostalgia has become spherical: we feel as much pain for wanting to leave as we do for wanting to return and for having returned. I call our nostalgia spherical and not circular because, as well as occurring on the relatively flat dimension of coming and going, it also operates in time … To suffer for something that has been possessed or lived and is no longer possessed or lived, we don’t need to cross even a meter of ground. (p. 12)

What’s interesting about this approach is that the characters and anecdotes of La nostalgia esférica belong to what some critics have called “the Venezuelan diaspora”: a tendency among certain works by Venezuelan authors who have left the country, have intentions of leaving, or – although they haven’t left – express an open dissatisfaction with the political, economic, and social processes that have marked Venezuela in the past few decades. Nonetheless, I should clarify that the identification with this tendency has a special character in the case of La nostalgia esférica, since its characters’ departure, return, and shock at their own country are always narrated from an intimate setting, tending toward the construction of a personal space of self-configuration halfway between memoir and fiction. All of these anecdotes involve a search; a voyage that allows the characters to discover what’s missing – the reason, the principle, or the cause that inspires an unknown but disturbing motivation.

Written in intelligent and rich prose with aphoristic implications, these stories are rooted, structurally speaking, in a narrative movement that goes from the initial mystery to the final surprise. Federico Vegas deftly delivers a combination of results in which the act of deciphering the secret codes of the meanings of life emerges subtly from episodes that could be seen as insignificant or trivial. Such is the case of a little domestic accident in “La mano derecha” [The right hand] (p. 15), a rich kid who falls in love with a housekeeper in “La tranca” [The club] (p. 63), forgetting the keys at a party on a rainy night in “Choroní” (p. 95), a chance meeting with a long-lost cousin in “La embestida” [The onslaught] (p. 109), or the scar left by a tiny wound on a woman’s back in “La costra” [The scab] (p. 143). Beneath all of these stories is the underlying revelation of new learned knowledge, the assumption of a moral principle, or an encounter with an ethical truth, all of which are sustained, as the reader will see, by the fragile thread of an unexpected turn that becomes ever more complex until it reaches a point of pathos or tragicomedy.

It’s not too much to say that, like in any book of stories, the apparent thematic, stylistic, and structural unity that can be observed from a general overview can also contain cracks and spaces, and that through theses spaces enter stories that follow their own logic and direction even as their general traits unite them with the set. Some examples are the pieces “Contra la obesidad” [Against obesity] (p. 37), “El balcón” [The balcony] (p. 51), “El entierro” [The burial] (p. 123), and “Las estampillas” [The stamps] (p. 163), in which Federico Vegas turns toward a subject that has been versatile and close in his work: the relationship of a couple, always told through the same reflexive and exploratory vision of one’s own identity as a relation with the other and linked to the complexity of an approach that is simultaneously personal, difficult, and uneven.

The same can be said of certain stories that enjoy – or suffer – a more or less paradoxical independence, inasmuch as they are sustained by the particular style that defines Federico Vegas. “El profesor de Borges” [Borges’ professor] (p. 137) and “La corte de Solimán” [Soliman’s court] (p. 155) are curious anecdotes, one heard during a meal and the other resulting from a meeting of friends, in which the author offers a general sense of the book. However, they seem to pursue a different intention as part of a narrative exercise that is more primitive in the orbit of Vegas’s work.

In the end, La nostalgia esférica is a short story collection that, while it could leave the reader with the sensation of something seen before in view of Federico Vegas’s mooring to his own style, also allows the reader to perceive – as in an anthology – the virtues and defects of a writer who has received the praise and attention of Venezuelan critics. These stories unite Vegas’s elegant and solid prose with his capacity to transfigure a personal memory linked to his country’s imagination into introspective and thoughtful fiction.