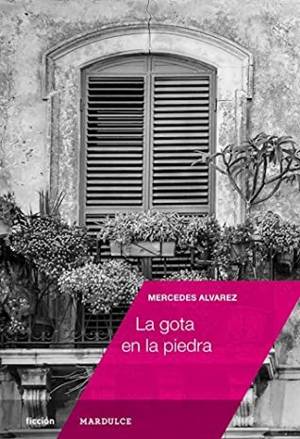 Melancholy is, sometimes, says J.P. Winter, “the sign that we have abdicated, and we know it.” Sofía, main character of Mercedes Álvarez’s latest novel, is an aloof forty-year-old woman, halfway between apathy and acceptance, between negligence and indifference, and she knows it. She also knows that her life has reached a crossroads where it is impossible to stay in that inertia for much longer. The motive for her passivity makes it impossible to continue with the old normalcy that had given order to her life—even if it was only a mediocre, sedentary order—because she has lost a hand in an accident and, almost as a consequence, her husband has decided to leave her. Life has uprooted the scarce certainties that once kept her afloat. The little more than one hundred pages of this novel constitute the story of a woman learning to swim so as not to drown, without having the least bit of an idea how to do so.

Sofía’s life before the accident didn’t have much meaning. It was monotonous, routine. Little by little, the nature of the original absence is revealed to the reader: it is about an absence of desire. There is an essential, more remote loss, a renunciation, of what she could have been and was not. La gota en la piedra is, in that sense, a melancholic novel.

Another central aspect of the novel is the tension between the necessity of mourning and the voluntarist society. Everyone rushes to her so as to “not let her fall”: the mother demands action, the lover moves in without her consent to help her return to work. They demand something of her that she is incapable of giving, not because she is depressed, but because she has lost a hand! How relentless of people to skip mourning, to go running into a future dedicated to producing, to being on top, to being successful. The novel is a fierce critique of that denialist voluntarism, of the subject of performance that modernity has imposed as a model, of compulsory happiness.

The novel does not let up. Almost as if it anticipated our hunger for a main character who is self-compassionate, who goes in circles around their own existential abyss without finding answers, Álvarez moves the narrator through the voice of her lovers, gives us injections of adrenaline, a good dose of sex and horror, and then leaves us spinning with the story of a woman who still does not claim her amputated life, a life of halves, who no longer demands anything of herself and suddenly has begun to live without pitying herself. Sofía reminds us of the poignancy of Meursault, who barely had the words to describe what he felt or what he wanted: “Life is what it is.” In that poignancy, the novel speaks with other novels of the genre, such as Sangre en el ojo by Lina Meruane, whose character has partially lost her sight and must relearn how to live, passing first through the dark labyrinths of mourning. The novel also dialogues with Álvarez’s other characters, the protagonist of the short story “Grow a Lover,” an extraordinarily well-told story which anticipates in its narrative an exploration of a certain contemporary individualism that greatly reflects the conquests of female liberty and autonomy, like its other, sometimes horrifying side: ostracism.

The voice of her first lover, Birkin, a mysterious medic, seductive and virile, demonstrates the skill with which the author constructs characters. Birkin is the masculine replica of Sofía, a man who has lost a lot in his life, so much that he has ceased to understand its meaning and, instead of taking charge of the absurdity, has opted to let it go. This inertia seems to be the destiny of them both. Pietro, on the other hand, a generous and dedicated businessman, synonymous with voluntarism, will be tasked with showing the differences by contrast.

Even though the personal stories possess density, Álvarez decides to concede only a single chapter to Pietro. Also, she opts to substitute the first-person narration for an omniscient narrator only in the last chapter, without it being entirely clear why it could not be the character himself who told that story. And although the novel ends, it is conclusive on the level of the story: the reader cannot help but be surprised by these decisions, as if intuiting that this is not its natural ending.

The potency of this book resides in the short phrases that are dropped at the end of a cramped retelling of events. They are the unsuspected conclusions that the reader receives like brief electric shocks: “The night hangs its cape of piety over the men who pray in silence to a god without a face.” We talk about ethics overlapping poetry. Álvarez links conclusions of extreme complexity—morals, psychology—without seeming pretentious. And they are not ideas put together at random, but cups to be filled and whose overflowing shows their reason for being. What amazes about this novel is its intensity. All of this small book’s wise decisions reside in the dimension of its human reflection and the rare vanity with which they are presented. It is thus a novel about absence, about mourning and introspection, a novel of clear poetic and psychological vocation that does not fear describing the squalor and purification that surrounds the comfortable life of the bourgeoisie and of “civilized” societies.

Daniel Guebel says that narrating is submitting to the empire of a voice. The only clear thing at the end of this novel is that Álvarez is dominated by that voice and that, in that trance, carried along by poetic delirium, is capable of writing singular stories. Stories that leave tracks because every character possesses a personality that makes them unique and, above all, a unique set of problems.. After all, as Alan Pauls affirms, “the only thing that makes us original is our problems.”