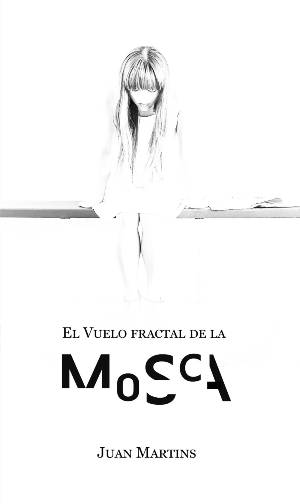 The thirty short stories by writer Juan Martins (Maracay, Venezuela, 1960) collected in El vuelo fractal de la mosca suggest a particular attitude toward their own reading. Martins’ writing bears with it an immersion in a language of other meanings. The word and its following effect, because it, the word, names not. It fragments into a new guise of the alphabet, the guise of fiction. It is, as such, a substance made up of levels of interpretation in which no defined time or space exists. This is no contradiction; this is as the character-actants demand. In each of the stories, the reader is edified. These characters take motion from a reality that is not the writer’s. He, the writer, takes distance from the space he has created, such that the characters and their circumstances might combine into an impossible desire. And this reality is given only for those beings that dwell within the strange; in these stories, there are neither affirmations nor denials. There are, rather, actions that appear before us with verbal twists that produce a rhythm and an imprint in constant progress toward another space: the unconscious mind.

The characters—with their unalike, strange, and even fantastic evocations, dreams, and situations—are essential to the reader because they are wrapped up in a universe where metaphorization thrives. Contemplation gains strength. These metaphoric situations situate the characters within a supposed reality different from that of the other occupants of a defined space. Reading the stories invites us to play with a different code. No limits are imposed upon the reader’s imagination; instead, anyone who takes on the risk of confronting this universe will find themself face to face with nothing, as fantasy is: fragmentations, sequences, and micro-sequences like incandescent lights that burst in the reader’s pupils. Exploration will be the only accord between story and reader. The characters’ nature does not conform to the preconceived; thus, we will see a space that appears as a supremely dense mirage in the reader’s thought. The characters will undergo a constant transformation, as from larva to chrysalis and then to flight. Visions are formed at the strangeness of that which lies outside.

The words will lend sense to the phrase. It will be the self-contained sentence that shuffles the character’s unconscious. A body’s need for existence will be shaken by pain, and by the absence and the presence of the other in the actants’ memory. I say “actants” because they regenerate almost motionlessly; it is memory, thought, and their unconscious minds that put into motion the charm of the unnameable, the other being, the one we know is there but cannot be seen. This operation is like that of Pessoa’s ports in his “Maritime Ode”: “The flesh torn, the flesh open and gutted, the blood flowing!” It is the struggle of rebirth in the other’s image. In the story “La cucaracha es pulcra,” we read: “He, with that soft belly and sticky guts, with the sole aim of being close to her, loving her in heat.” Loving for whom or for what? Where is the truth? Is it a sensation, is it a perspective, or is it imagination? Thus both character and reader change as the reading progresses. Will it become stranger, more illuminating?

“Los cuerpos de los otros” (“the bodies of others,” that Martinsian fly) corrode heartbeats, lips, and memory. The reader is not unaware of this situation, apparently strange but taking place at every moment in their pulses. The fly is the one to crash into the mirror, for the fly itself wants to pass through to their other humanity where neither good nor bad exists. We are overwhelmed by the word and in it there are no extremes—the author’s lexicon is other insofar as meaning is recomposed in time with the body and its movement with substance toward a state of writing. The fly’s motion goes to its eye, or to its wingbeat, or to how ephemeral its existence is, as in the lives of others. Now, we might well ask, does the fly have lips? Does it have sexuality, or do we simply feed off its microparticles of excrement laid on foodstuffs? These are doubts like the dissertations of life made of dream fragments: “The dream is perhaps the concrete condition of this desire,” says the author in “El perro de la rata,” while in “El beso de Truman” eternity will be given by literature’s presence, not by contracts with happiness.

The nuances of the character-actants’ speech are multiple because their words are arrayed in an order that suggests a vision or influence different from those customary to their meaning. A resonance is produced, ushering the reader to an articulation of language with an abstraction at the moment of the reading experience. Martins may approach Pessoa in his idiomatic or geographic belonging, but not in a historic, generational sense. Perhaps for Martins the words “puerto y saudade” will offer a different approach to transmit something, we know not if the same thing as Pessoa: this would mean repeating himself, but this is not the intention, but it is when he writes it in his stories. Never ceasing to be what it is, the different. The story contained in a piece of short fiction equally suggests a poetic nuance; we see it in the story “Pessoa evade mi fracaso de imitarlo,” which begins thusly: “To read once again about those writers who disappear and do not want to be recognized.” Substance is evinced in writing, and if he does not say so, nor does he deny it. He unfolds it. This is the immanence of that something, an image, a feeling, a memory, a goodbye.

The performance of this writing is oriented toward an abstraction materialized in the word. It creates a new reality; therefore, I will not leap to any anticipated knowledge of the facts (prognosis). A structure exists that documents the writers thought and is represented in the word, and so images and words are attached—verb, noun, and adjective—to ponder the reflection, uncovering a sort of enchantment. A way to get carried away by the images’ replicas in the mirror, which are alike in appearance, but which we know are not alike in truth (the smile, the expression, the position of the pinky finger and the imperceptibility of a gesture). All of this is poetic in the space of the reading of the “other” the author puts forward: he does so because he has no time to put the world in his attic in order. Nevertheless, the other window frame was different… An immediate identity with being is produced, or spaces are circumscribed that are distinct and, why not, poetic. That being said, the stories are not all the same; there is a different register in each reading.