And I said viper and saw myself unscrewed, cardial and unique,
carnivalesque and spoken, more vivid by means of the simple
tree of language, first among the gestures of all that blood

gone from my eyes toward a point of-what-other, with the root
certainty of how-one-is-made at that time only
when fear is inscribed among the folds of the skin.

And then, my flesh fixed in ink, congealed, I imagined
what I am, in that reality among the weeds
conceived in too much shade, too much hunger

hopelessly seeking the cry, my lips still pressed together
where it repeats and is exalted, wraps itself in yes,
always changing in nature in order to say:  I am language.

I was language on another cracked scale and sweet
to place in the mouth, a pleasure of speech that shines:
I said viper and it was ample, opulent, a certain female bird

naked before heaven, fog turned into lips and said:  again
to say girl in the animal’s shadow, in the dark space
in that cry written where it’s read in fullness:  poem.

Blood in the vena cava.  It can’t endure its losses.
Venous blood in the anterior, speeding in droves
in that swallowing of one and another by an uncertain word. . .

or in that soft part where you drink the abandonment
of an idea that contains all of us,  delays and
subjugates us before the silence of an indivisible figure:

the verb, the pure verb.  The heart is quenched, defeats
maternal dreams beneath the crystalline fangs
like a dark and humid sun full of nothing and time.  Time

that uncoagulates, spreading far beyond those wastelands,
uninhabited and muddled in the head.  They drink, their lips
avid for other numbers, decantings, prophecies in water:

like a dense cloud you were created, baroque and resurgent,
your name fallen in the gallop of what’s easier like insistence,
the repentance corrupted in your syntax.  The ribs

generate gender and distance, are part of another idiom, threshold
of accents and syllables where this other innate anger arises
that shines a new fornication between your pages.

Poem of the world until it becomes unique, I survive
below the language in time, bulging and successful
together with achievements where, when mixed now

and if progress is made on mothers, faithless mothers
who speak in whispers and saliva, everything’s more alive
between the limbs of a violated idea.

Distances masked by mossy gold, split
timber, the locks of so many dry heavens
clinging to that cloudy and written skin.

Until what you see is heard as a howl
(take it out) almost in the far (quickly), almost
desired (say it!) like a radiating happiness?

Whatever is not is only a breath in synthesis,
profane and spoken, thought in ether for a dead frog,
as if it were a plaster statue adjacent to such sites

and where everything is purified in the hollow consolation
of always between your segments of shadow being an animal
besieged by another animal here in the fear of my mouth.

Suck me slowly, interlock your syllables and sing.
Sing me.  Be my circle and abandonment.  Idea.
Flash of the sun in my head.  Golden in me,

focused and always true.  Mythical gorgon,
sculpt your forked tongue along my curves
and enthrone all that’s known that loves.

It spreads the love in your breath.  It weeps.
Let me write without fear or panic,
that I am pulled beyond the longest branch

and listen to your first syntax, your dream
so amorous of a bullet interred in the mountain,
inflame me in the wind playing in my name

until you make me so pregnant, like a vast
and round idea, one that covers only me
and denounce the light already separated from the sphere.

Then I say:  how much of the same blood
in my body, how great the mystery that breathes
in layers and layers of words:  I write.

There are old children already touched by other vertigos.
Angels without mirrors, nobodies who seek the misery
of a song, the hunger for an unnecessary theory.

Filaments between her eyes where in a gesture an invisible
river breathes.  Only one.  One like a slow whisper
that poisons.  Now, its tongue cries for new paradises.

Extremes of a world where the dogs lose
their bone of night.  It was night when we heard
the whispers of deaf men in the corridors.

Still, there is no poem.  Everything’s being placed on the bricks
among the nails of the dead.  Songs next to the stone,
the button of fire of an authentic mex-mex.  And that’s it.

Everything pleases the anonymous palate.  And there are no endings.
Only a breeze like a herald of the open mother, mother CD
mother poem, sexual novice, exiled viper, mine:

Kill her, milk her, take out all the juice.
Don’t let her slither into consciousness.
Suck her wind’s light, drain it.  Call her adverb,

verb, truncated syntax, ancient alphabet:  foul-mouthed.
Lose it at the edge of her figure.  Stop her.
Tell her there is no sap, nor juice, nor letter.

A cavern is her language, an open container.
Her thirst is the land.  Her absence.  Her heart is shadow,
shell, suture of the dry land.  She has no ears,

but she listens, listens under the smooth stones
hidden next to a sexless pubis.  Slit with neither hope
nor daughters, limb of moist gestures, the viper

is thought, hardened reason, hollow of a god
dark and bitter, fallible and porous, smooth talker,
mound on the flatland, father, father, I said father

I came to tell you what mother told me to tell you
then, everything is spoken when time falters,
it whistles in its drumroll and lodges in its throat.

María Baranda was born in Mexico City. She has published several books of poetry and her work has been translated into Italian, Mandarin Chinese, French, Portuguese, Lithuanian, and English. Her latest books are Teoría de las niñas (Ediciones Vaso Roto and Edizioni Fili d’Áquilone in Italy, finalist for the 2021 Premio Letterario di Camaiore), Cañón de Lobos (UAQ, 2021), and The New World Written: Selected Poems (Yale University Press, 2021). Her most recent work as a translator, along with Paul Hoover, is The Complete Poems of San Juan de la Cruz (Milkweed Editions, 2021). She received the 2003 Premio Nacional de Poesía Aguascalientes, the 2015 Premio Sabines-Gatien Lapointe in Canada, and the 2018 Premio Internacional de Poesía Ramón López Velarde. 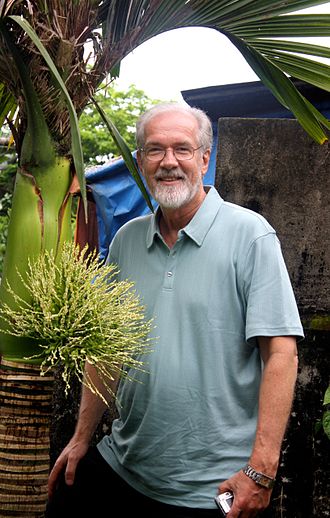 Paul Hoover is a poet from the United States. He is the author of the anthology Postmodern American Poetry and the editor of the journal New American Writing. His latest book is O and Green: New Selected Poems, published by MadHat Press.

At seven, she learns to read and write in Caracas, with many difficulties. She believes that she will never learn to read, Ls and Ms torture her. She goes to…

“I found her there this morning, paws up,” said Doña Elodia pointing to the spot on the beach where trash brought in or churned up by the sea collected: branches,…