A visit to the museum of natural history

A skeleton. A dinosaur. A fossil.
Rocks catch my attention as well.
Long endless halls, cold lamps
that shed fluorescent light.
A meteorite. A giant quartz.
Another fossil.
A hall after another hall.
Every piece ancient and new.
Then without expecting it
my own face surprises me!
Am I old enough to find myself
inside an exhibit here?
Fossilized, but not alone.
People I was used to,
loves that will never return,
everything engraved in stone.
As if from another planet,
every single object.
Love, like a dinosaur,
fossilized.
Love like an extinct animal:
comfortable and strange all at once.
Everything domesticated and so distant
from everywhere yet
as if it naturally belonged in the museum.
The reflection of my own face on the lit
display case, a surprise gesture,
inside me the yearning
for the wreckage of time.

The world is an ivory tower,
I search a door in vain on its round walls.
I’m like an actress representing a drunkard,
attempting to walk on a straight line,
no swerving around. I am not a professional
actress, I don’t even look like one,
but I can try to walk on a straight line.
Sometimes I sit in front of the screen and seek
all sorts of things, from shoes to love.
And so, I find it all there, because the world is a tower
and I am unavoidably trapped in it with everything else.
When I see myself in the mirror I am stunned
about how generic my face is, and I tell myself:
It is good to be common, don’t get scared.
I sit again in front of the screen and I find
the same things over and over, all of it, even love.
And right there and then, as I type away,
I try to understand how I can feel
so free in the cage of a bird.

The years pass
and though life accuses me of immobility
I have also traveled.
Like a particle of dust
I have fluttered through the house
and taken root on the books.
Like an insect I have rested on the banks of ditches,
or I have simply been a woman
who has looked out to sea
from afternoon to afternoon
searching for boats, forgotten by the fog,
which return to memory,
without any hope
aside from death.

October has arrived controlled by the rains,
and the remaining months have followed it here.
Suddenly this pile of time fills everything,
the green of the house, the chairs,
the blanket that covers the floor
when I lie down to read in the summer.
I am not able to abandon time,
had forgetfulness bestowed its grace on me
I would have been saved from this invasion.
Now I must step cautiously,
not mistreat myself with so many memories.
Will I deceive myself or will what I say be true?
I refuse this visit, I am not afraid of solitude.

I insist on avoiding nothing
to live is to participate
Anyway is it not more sensible to choose from what you know?
I oppose servitude
Have I achieved it?
Subjected to another slavery
I am executioner and victim.
I accept it I prefer it
I recognize the hero’s grandeur
Oh glory! Oh victory! Oh wretched one!
The coin I carry in my hand
is a tiny mirror
Catching sight of myself ignoring my flip side
shadow hole
The head of the coin is beautiful
its outlined profile
its ugly flip side
It is not easy
to mold myself like a work of art fashioned by my own hand
If I renounce that other side of me
if I cast it off and let beauty triumph
then I would need to renounce my own self
I surprise myself
Isn’t this also a moral?
I renounce being
only that which is not
is built
Today infancy is a shudder
“all has been consummated”
In time
the coin will not last
The mirrors do not store the essence
the only immovable part
The fear of memory frightened away
there are too many paths for one face alone
My words
roam through the streets of the brimming city
eye of the needle
or driven spike of absence
Is this a useless sketch?
Premature punishment
of the very image.

Daniel Pupko was born in Mexico City in 1972. He earned a BA in Literature from the Universidad Iberoamericana and an MA in English-Language Poetry in San Francisco, California. He has one book of poems published by Editorial Praxis and several chapbooks. He has edited and published young poets from Latin America, and has translated young American poets into Spanish. He has dedicated over three decades of his life to poetry and literature. 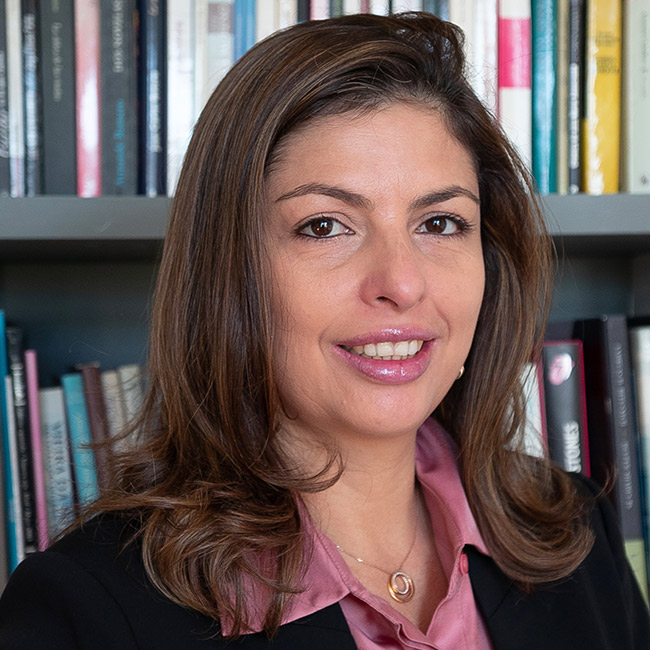 Lauren Mendinueta was born in Barranquilla, Colombia in 1977. She began writing in 1998 while working as a librarian in Fundación, a small village in Colombia. She has published ten books of poetry and a biography of Marie Curie. She has won four national literature awards in Colombia and two international poetry awards in Spain. Mendinueta currently lives in Portugal. The poet Jon Juaristi wrote about her poetry: “Lauren Mendinueta is one of the more individualized voices of her generation. Hers is an extraordinarily mature voice, in control of its resources, which has succeeded in building a tradition to suit it without being seduced by it, through what should be the project of any true poet: the creation of a character endowed with a moral self. In the work of this young Latin American writer, there are hints as to who will be the best lyricist of the century, and in whom poetry now renews its ancestral force.” © Jon Juaristi (Translated by Constance Lardas)

She disliked him ever since he stood her up at the last minute with a group project during their first year of college. “I’m sick,” he said on the phone…

The Labors of Language

by Lina Meruane
Megan McDowell first came to Chile in pursuit of an outlandish idea. This is no surprise, since this tail end of the American continent tends to take in castaways, lovers,…