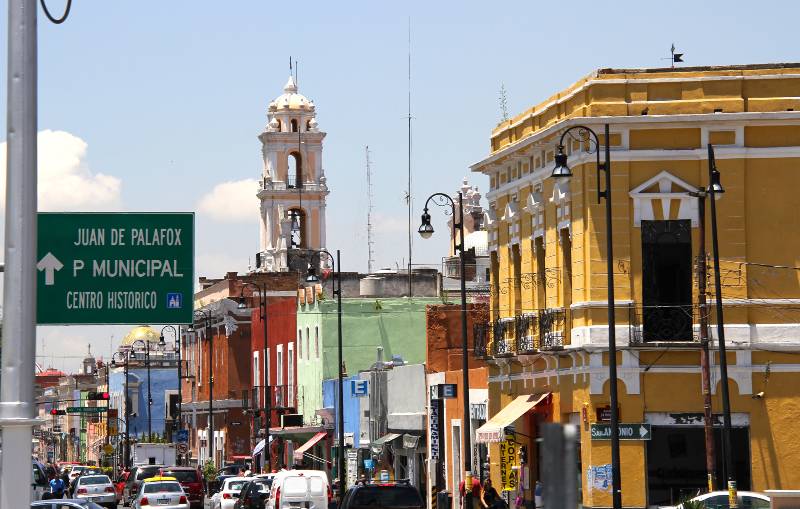 It’s our birthday, and even we are surprised by how fast it has come. With this issue, our twentieth, Latin American Literature Today (LALT) turns five years old. When I close my eyes I can still see Puebla, Mexico, this project’s birthplace. From that colonial city, we held almost a year’s worth of Skype meetings between Arthur Dixon, who would later become our Managing Editor, Venezuelan poet and essayist Arturo Gutiérrez Plaza, Chilean writer Roberto Brodsky, and myself, imagining how we might put together a journal of Latin American literature. It was late 2015. At the time, we didn’t know these conversations would soon end up laying the foundations of a digital magazine. The first issue was dedicated to Ricardo Piglia and came out in January 2017. Over time, American translator George Henson and Venezuelan journalist Claudia Cavallin would join the project. Now, years later, we have published nineteen entirely bilingual issues. Some friends have moved on and others have come aboard. In 2019, Denise Kripper became our second Translation Editor, and in 2021, Venezuelan poet and editor Néstor Mendoza came on as our new Book Reviews Editor. Meanwhile, countless collaborators have contributed to the journal; some as correspondents, others with regular collaborations, and some coordinating dossiers for specific issues. Many come and go; others stay for a while. Such is Latin American Literature Today: a house whose doors are always open.

It hasn’t been easy, but no literary endeavor ever has been.

Literary journals don’t last long—that’s a well known fact. Even more so in Latin America. Sometimes they appear with just one single edition, publishing a glorious first issue as ephemeral as it is irreplicable. On other occasions, determination and obsession manage to lend these journals a longer lifespan: two, seven, thirty issues (the number is always unpredictable) evince an experience that, while short-lived, is no less worthwhile to its enthusiastic organizers. To make a literary journal is to be in literature—an unforgettable experience in which a writer renounces their irreparable solitude and becomes part of a collective experience, out of disposition, friendship, spiritual correspondence, or, if you like, in the hopes of taking hold of a piece of literary history.

Funders, both permanent and occasional; young writers spurred on by age and enthusiasm; inveterate and incorruptible readers, universities willing to invest their resources in promoting culture, certain friends who join in just to “do something”; the elements, circumstances, and/or coincidences that must somehow come together in order for a project like this one to see the light of day are varied and heterogeneous. And, of course, Latin American Literature Today has been no exception. The speed of its synthesis does nothing if not confirm just how Latin American this project—carried out from the United States and in a bilingual format—really is.

LALT is a child of enthusiasm, but also of need: the need for a Latin American journal at a time when journals, and literary supplements in particular, are disappearing from under our noses with no uproar whatsoever. We wanted a journal that was not attached to any school, movement, or group of writers; we sought to blend rigor with freedom, tolerance, and diversity, creating a space where all literary currents might fit together. We did impose one strict demand upon ourselves as editors: every text needed literary quality. And this, I believe, is what we have done for the past five years.

A coincidence helped us get off the ground. In 2016, the journal’s entire team was in Norman, Oklahoma, gathered at the University of Oklahoma. The second coincidence is that the same university is home to one of the most prestigious literary journals in the United States, World Literature Today (WLT). More than ninety years of existence prove the indisputable quality of this literary project, which is tireless in its efforts to enrich the panorama of world literature. Latin American Literature Today would have been impossible without the devoted support—from the start—of WLT Executive Director R.C. Davis-Undiano and Editor-in-Chief Daniel Simon. LALT was born into the WLT family of publications, forming part of a mighty literary lineage that expanded to open a special, dedicated space for our Latin American letters.

So we began, and so we continue. In September of this year, we received an extraordinary piece of news that filled us with happiness. Latin American Literature Today was selected as the winner of the 2021 Whiting Literary Magazine Prize in the digital category. We are deeply proud to have received this award. It serves as a testament to a labor of the heart and of vision, and it presents us with an ineluctable challenge: to continue serving as a serious, rigorous reference point for Latin American literature. This challenge is double-edged, since our readers dwell in two languages, as well as all the many Indigenous languages we regularly publish in our digital pages. Not meaning to boast, I’ll cite word-for-word what the Whiting Prize jury had to say about LALT:

With this prize, which we see more as a recognition and a challenge, we come to LALT’s twentieth issue. And I conclude by highlighting a characteristic that is unique to our project: Latin American Literature Today is also a journal of literature in translation. Dozens of translators have made a home for themselves in this project, and we will continue welcoming them with open arms. I believe we have shone a light on a vocation that has not always been properly appreciated, and we are happy that has happened here, in our midst. Without these patient and hard-working artists, our languages would be forever confined to their own worlds, and no one else would know the poems, essays, stories, and novels written in our countries.

I’ll close this brief note with a reflection. We are united by a shared sensibility and a faith I dare call literary, but we are well aware that every literary text has its roots in the social soil from which it grows. Literature feeds on reality, which in Latin America tends to be complex, convulsive, and marked by continuous, pointed crises that seem to never end. We must remember, then—perhaps redundantly—that literature and liberty walk down the same path. There is no need to state the obvious: we live in polarized times in Latin America. For this reason, the defense of freedom in literature is indistinguishable from the defense of freedom and democracy in our own countries—and, of course, in the United States as well. Reality hits home and shakes us to our core. This is why our mission has been and will always be to offer a literary space free of prejudice, a space that is tolerant and in permanent dialogue with the present and its diversity of voices and of writings, with innovation but also with tradition, that most obstinate form of memory. In other words: freedom is a bad habit we have no intention of giving up.

Brief Letter from Oscar Wilde to his Lover

I flee the world in order to say I love you.