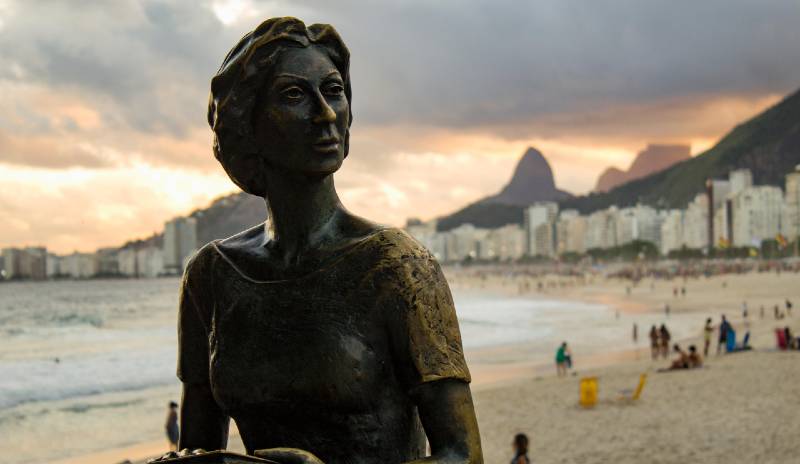 In the first story I read by Clarice Lispector, the main character was a chicken. Not just any old chicken, but one that, defying its condition as a domestic subspecies of Gallus gallus, decided she wasn’t going to find herself on that day’s menu and escaped, jumping over the rooftops.

I remembered that story last May when I was invited to be a panelist at the launch of Clarice Lispector’s Cuentos completos, published in Mexico by the Fondo de Cultura Económica, in Paula Abramo’s marvelous translation. During the virtual event, the editor Eduardo Matías asked each of us about the first text we had read by the Brazilian author. That was when I recalled the chicken “cut out against the air on the edge of the roof.”

Even though this stray chicken is eventually caught and, in recognition of her abnormal behavior, becomes a pet, it seemed to me that Lispector’s brief story contained many of the ideas that were simmering in my mind during my university years: the sense of singularity, small acts of courage, the secret pleasure of running away, the partially hidden world of childhood; adolescent feelings that are so similar to those of Clarice’s “stupid, timid and free” chicken.

After “A Chicken,” I read other stories by the same author: “The Egg and the Chicken,” “A Tale of So Much Love,” and “Laura’s Intimate Life.” It’s no secret that the author had a predilection for hens, which, although they are nowadays seen as a source of food, were considered to be sacred in the Iron Age. A few months ago, in an article on a study carried out at the University of Exeter, I learned that in 1200 BCE, in the British Isles, hens often lived for as long as four years since they were not eaten by humans.

The notion of sacred chickens obviously reminds me of “A Tale of So Much Love”: “Once upon a time there was a little girl who, from so much time watching hens, came to know their souls and their most secret desires.” In this story, the mother tells her daughter that eating her favorite chicken is an act of love, because when she ingests the flesh, the bird will remain inside her. The girl learns the lesson and, when the opportunity arises, she hungrily devours Eponina, her beloved chicken.

“Not having been born as an animal is one of my secret nostalgias,” the author wrote in Near to the Wild Heart, a quotation Benjamin Moser includes in his biography Why This World (2012). In fact, Clarice was often described as an elegant, poetic feline, dangerously powerful, “potentially violent.” The Brazilian poet Ferreira Gullar said: “I was impressed by her strong, beautiful Slavic face with something catlike about it.”

Moser also points out that the young Clarice greatly enjoyed the company of domestic hens, chicks, and the family cat—she never allowed a single kitten from her pets’ litters to be given away. During my childhood, I had dogs and cats, but only a single hen, which I bought at a school bazaar. That blue bird—the barbaric practice of dyeing the feathers in bright colors was still common then—lived in my bedroom, in a cage improvised from fruit boxes to stop the household cats from eating her. My parents always thought that the purchase of the hen was a dreadful idea, but I used to enjoy watching her peck grain, and told her stories at night until, a few months later, without the least fuss, she died.

Moser suggests that her love of animals and children had a relationship to language, as they spoke “a language that was not made of words with meanings, which Clarice always mistrusted, but of pure sound.”

The children who pass through Clarice’s stories often have epiphanies. One of these is the girl in “Covert Joy,” who experiences moments of great happiness when, after weeks of repeated requests, a classmate is forced to lend her the book she has coveted for so long.

“When I got home, I didn’t start reading. I pretended not to have it, just so later on I could feel the shock of having it. Hours later I opened it, read a few wondrous lines, closed it again, wandered around the house, stalled even more…,” the girl recounts, referring to the sudden joy produced by the possession of the longed-for object.

Reading, the escape valve of an overactive imagination, marked my childhood. During the long summers in a small provincial city, it was books that rescued me from the hot desert stupor. On our bookshelves, I found not only pirate adventures and extraordinary journeys to magical lands, but also a way of making the world my own. A sensation Susan Sontag describes so well in her acceptance speech for the Peace Prize of the German Publishers and Booksellers Association:

… what saved me as a schoolchild in Arizona, waiting to grow up, waiting to escape into a larger reality, was reading books… To have access to literature, world literature, was to escape the prison of national vanity, of philistinism, of compulsory provincialism, of inane schooling, of imperfect destinies and bad luck.

It’s not by chance that I include here a reference to Susan Sontag, who shared with Clarice Lispector a precocious intelligence, the loss of a father in childhood, and a passion for writing; they also have the same biographer: Benjamin Moser.

It could well be said that the Lispector family was plagued by bad luck during their first years in Brazil, with the death of her mother, lack of money, and the effort needed to fit into another country and speak a different language. Clarice was a child who believed in miraculous stories, according to Benjamin Moser, who recounts that when the youngest in the family started to read and write, she also began to write poems for her father—some included chickens—plus tales she often played out with her friends and cousins, and even texts for the children’s page of the Diário de Pernambuco.

Despite the fact that adult life demonstrates that words are never enough, we return to them again and again to conjure up things that are out of our control. The young Clarice had no way of returning her mother to health, but in her final notes there is a revealing phrase: “I write as if to save somebody’s life. Probably my own.”

In the story “Remnants of Carnival,” Clarice Lispector tells how a small child, a girl, comes to understand just how useless disguises and magic are in the face of domestic tragedy. While outside laughter and dancing fill the streets of Recife—the city where she herself spent her childhood—at home her mother is in bed, fighting illness, distanced from the shimmering tulle and makeup that fascinate her daughter.

Why did the child want to join the carnival? To attain what she’d always desired: “I would be something other than myself.” Writers, like children, also feel this attraction for masks and disguises. Aren’t they the point of departure of our own stories?

In January 2020, before the COVID-19 pandemic changed the social dynamic, I started a reading group called “The Hour of the Star,” in honor of one of Clarice Lispector’s novels. This minor tribute felt natural to me. What could be more apt for a monthly meeting to discuss books written by women than a reference to the work of an author who lived to tell stories?

We only held two in-person meetings before the pandemic trapped us in our homes in March 2020, and since then the group has met virtually and we’ve read eighteen books, including The Hour of the Star. During the cruelest period of the lockdown, these readings and meetings became an escape from the “imperfect destinies” and “bad luck” the world was imposing on us.

Moser’s biography closes with a text written by Clarice about her work and literary concerns. The first lines are: “Do not read what I write as a reader would do. Unless this reader works, he too, in the soliloquies of irrational dark.” Those of us who dedicate our lives to literature have experience of this transformation pact, to which we have given up whole days in order to be, like the authors of the books we love, other, people with different lives, in which we can invent “the most contrived obstacles for that covert thing” that is joy.

Christina MacSweeney was awarded the 2016 Valle Inclán Translation Prize for her translations of Valeria Luiselli’s The Story of My Teeth, and her translations of Daniel Saldaña París’s novel Among Strange Victims was a finalist in the 2017 Best Translated Book Award. In 2017 she published a translation of Elvira Navarro’s A Working Woman, followed in 2018 by Empty Set (Verónica Gerber Bicecci), and Tomb Song and The House of the Pain of Others (Julián Herbert), all of which have received critical acclaim. Her work has also been included in various anthologies of Latin American literature. Christina also collaborated with Verónica Gerber Bicecci on the bilingual book Palabras migrantes / Migrant Words. Her translations of Bring Me the Head of Quentin Tarantino (Julián Herbert) and On Lighthouses, a book-length essay by Jazmina Barrera, were published in 2020, and her translation of Elvira Navarro’s short story collection Rabbit Island was published in 2021. 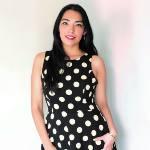 Sylvia Georgina Estrada (Monterrey, Nuevo León, Mexico) is a cultural journalist and editor. She is the author of the books La casa abierta, conversaciones con 25 poetas, El Libro del Adiós, and Pinacoteca del Ateneo Fuente, 100 años. Her work has been published in nationally-distributed newspapers and journals, as well as anthologies of poetry, short fiction, and cultural journalism. Among her awards are the Premio Nacional de Cuento “Relato a mi hijo” and the Premio de Periodismo Cultural “Armando Fuentes Aguirre,” which she has received fourteen times. In 2014 she was recognized with the Premio de Trayectoria Cultural, awarded by the Universidad Autónoma de Coahuila, and in 2020 she received the Mérito al Periodismo Cultural “Roberto Orozco Melo” award. She is the coordinator of “Seminario Amparán: un proyecto de coworking entre colectivos literarios mexicanos,” supported by the FONCA. 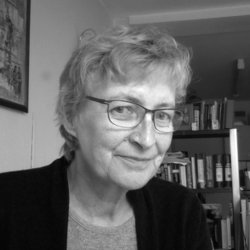 Christina MacSweeney was awarded the 2016 Valle Inclán Translation Prize for her translations of Valeria Luiselli’s The Story of My Teeth, and her translations of Daniel Saldaña París’s novel Among Strange Victims was a finalist in the 2017 Best Translated Book Award. In 2017 she published a translation of Elvira Navarro’s A Working Woman, followed in 2018 by Empty Set (Verónica Gerber Bicecci), and Tomb Song and The House of the Pain of Others (Julián Herbert), all of which have received critical acclaim. Her work has also been included in various anthologies of Latina American Literature. Christina also collaborated with Verónica Gerber Bicecci on the bilingual book Palabras migrantes / Migrant Words. Her translations of Bring Me the Head of Quentin Tarantino (Julián Herbert), On Lighthouses, a book-length essay by Jazmina Barrera, and Elvira Navarro’s short story collection Rabbit Island are forthcoming in 2020.

My grandmother never learned Spanish
was afraid of forgetting her gods
was afraid of waking up in the morning
without the prodigals of her offspring in her memory.

The Man Who Came from Far Away

When he awoke, the man did not know where he was. He did not remember anything, not even who he was. When he searched through his scant belongings, he found…