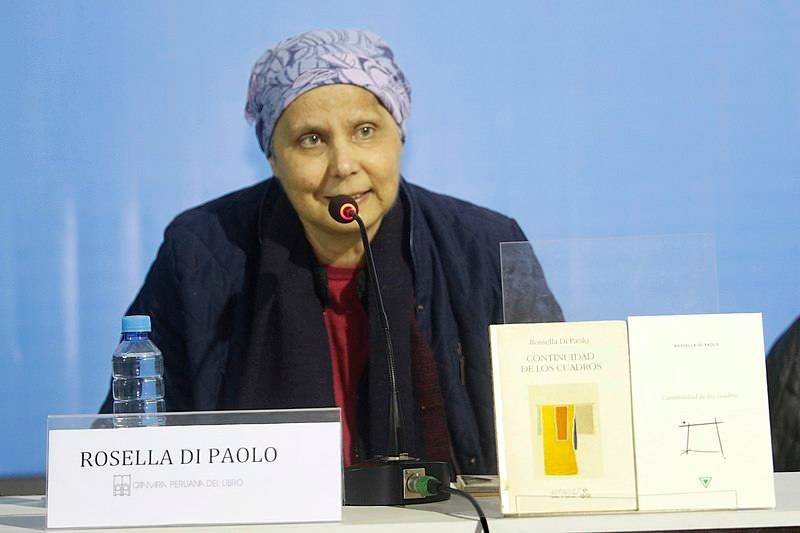 Acknowledging that Rossella Di Paolo (Lima, 1960-) is one of Peru’s most important contemporary poets is long overdue. For over thirty years, she has patiently and tenaciously cultivated her poetic language to create a courageously expressive and unique voice.1 A literature professor, journalist, and cultural columnist in Lima, Di Paolo contributed to La Tortuga, an alternative magazine written by women. She conducted interviews and contributed book reviews and a column titled “Desmitificaciones,” among other pieces, to this publication. She also wrote for one of the longest running newspapers in Peru, El Comercio, with contributions to the “Cándido lector” column in the paper’s Sunday edition. In 1991, she collaborated with painter Denise Mulánovich on poetry and visual art exhibits, and in 1994, she worked on a similar project with painter Enrique Polanco. In addition to essays and critical texts on a variety of writers, she has published five books of poetry: Prueba de galera [Galley proof] (1985), Continuidad de los cuadros [Continuity of squares] (1988), Piel alzada [Risen skin] (1993), Tablillas de San Lázaro [St. Lazarus’s splints] (2001) and La silla en el mar [The chair in the sea] (2016).

Di Paolo’s poetry was first published in the 1980s, during the worst of the economic crisis and intense political violence of that period in Peru. Her voice emerged alongside those of Patricia Alba, Violeta Barrientos, Mariela Dreyfus, Carmen Ollé, and Giovanna Pollarolo, writers who were establishing their positions as intellectuals through their books, presentations, and cultural and journalistic work. Back then, their prose and poetry offered what it continues to offer today: an opportunity to shine a light on the precarity of life’s many domains, including the ethical, political and economic realms. Their work also revealed the fates imposed on women and their lives and, in protest, these writers created their own resistive language —one of voice, body, eroticism, intimacy; but also rebellion, political, and historical liberation.

Their greatest resistance was to reclaim the body, instincts, and emotions. And still today, this is a choice and a mode through which we can consolidate or reconstruct a world in crisis and recover public spaces, as well as the still broader space of subjectivity.

Perhaps the women writers of 1980s Lima shared a vision, one from which we can understand their analysis of the regulatory facets of that time and the ways they imagined aesthetic disobedience through excess and emotional intensity. Critics point to these repeated elements in the most widely circulated poetry of that time period. Nonetheless, we must not consider these poets’ works as representative of a singular, shared voice. Through their work with language, each writer emphasized distinct ways of confronting, upholding or resignifying the ways we experience emotions. During that time, Rossella Di Paolo understood how to use tranquility and subtlety to craft her poetic voice; that is, to create a sanctuary for the most intimate contemplation in an environment of utter catastrophe. However, her poetry does not focus solely on personal experiences; her voice pierces, and is pierced by, the world around her. She addresses her readers from this space.

In her first book, Prueba de galera, she fixes her gaze on the slight, imperceptible movements of nature, and in particular those movements in which we find nature’s most quotidian and essential elements: light, air, water, horizons, shorelines, and, especially, the ocean. She roots her words in the encounters between matter and the creative energy sustaining it, as her poems navigate between calm and catharsis. In Prueba de galera, we are privy to the constellation of meanings she develops through her precise language.

Di Paolo confirmed her unique style in her second book of poetry, Continuidad de los cuadros. As in José Watanabe’s later work, Di Paolo’s focuses on brief moments, contemplation and restraint. Nature continues to be a central motif, yet in this collection it is characterized by mystery and chaos. And in Piel alzada, her third book, love and desire emerge as themes. Di Paolo does not raise these topics in order to define them, but rather to demonstrate ourselves within these states of being and to discover how entangled we become when we grapple with them. Throughout this exploration, the poetic voice is self-assured, yet lacking an overarching agenda as it considers different subjects: life, love, being a woman.

In Tablillas de San Lázaro and La silla en el mar, Di Paolo expands upon the poetics of her first books with multiple novel themes. In the first of these books, she returns to the themes of nature and eroticism, both of which become marked by solitude. Yet, a sensation of abandonment is coupled with audacity and irony, while all traces of failure disappear. And the self-assurance attained in Piel alzada becomes a release valve when facing the tedium, routine, emptiness, and authority figure portrayed in La silla en el mar.

In 2020, Di Paolo received the Casa de la Literatura Peruana award, one of the most important prizes granted by the Peruvian government, in recognition of a life’s work that carves out spaces for thorough meditation on the innermost processes existing in and moving the world. In this world—and particularly in nature— her poetry reveals not only the sheer spectacle of its great landscapes, but also its most hidden, invisible, and intimate dimensions. One of the virtues of Di Paolo’s poetry lies in its subtle and provocative vitality. She contemplates and calls on nature, love, eroticism, and on each of us, as beings full of life, memory and humor, and who are ready to act and transgress.

We need literature about emotions and passion because they operate within life’s meaningful moments and shared experiences. The extent to which we recognize this need will depend on the prevailing cultural, political and economic logic and its ability to force us into normative reasoning. Nonetheless, writing about affective states is an obvious approach to understanding the present, as it steers our reflection to the existing relationship between society and our own personal histories.

Fortunately, truths and definitions are not made of poetry. But mysteries, piercing questions, exiles, and desires are—and with them, we understand reality. Rossella Di Paolo’s poetry helps us discover that everything around us is profoundly linked to our private lives and to our perpetual inclination to name things. And it subtly tells us that desire is not futile; it always accompanies our most critical thoughts. In times of such artifice, these are not obvious truths. Now more than ever, we all must reimagine the world and art, and we know that poetry has always shown us a path for engaging in this difficult task. Rossella Di Paolo’s essential poetry is, without a doubt, a vital step in this direction.

1 A version of this article was presented at the Casa de la Literatura Peruana awards ceremony in honor of Rossella Di Paolo in 2020. A special thanks goes to Yaneth Sucasaca and Antonio Chumbile for their important contributions to this text. The decision to award the Casa de la Literatura Peruana prize to a Peruvian literary figure is made internally by members of this cultural institution and is based on discussions informed by cultural research and knowledge. This essay reflects the institution’s collective voice. It also includes ideas emerging from conversations about the relationships between literature and life with two intellectuals who are also friends: Felipe Aburto and Joan Manuel Muñoz. 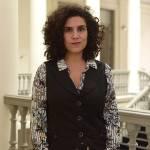 Milagritos Saldarriaga studied Peruvian and Latin American literature at the Universidad Nacional Mayor de San Marcos and has an MA degree in Museology and Cultural Management from the Universidad Ricardo Palma in Peru. She has held positions in the literary, artistic, and cultural fields, with a focus on publishing and pedagogy. She has also worked in several public museums and has been the Director of the Casa de la Literatura Peruana for the past seven years. 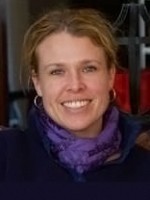 I first met award-winning Cuban poet Reina María Rodríguez in 2003, during a month-long trip to Havana. I remember climbing the stairs that led to her rooftop home, known…

Clarice Lispector: Beyond the Grip of Theory

For almost the entire second half of the last century, a considerable portion of Latin American literature was held captive to the conviction that in order to be taken seriously,…