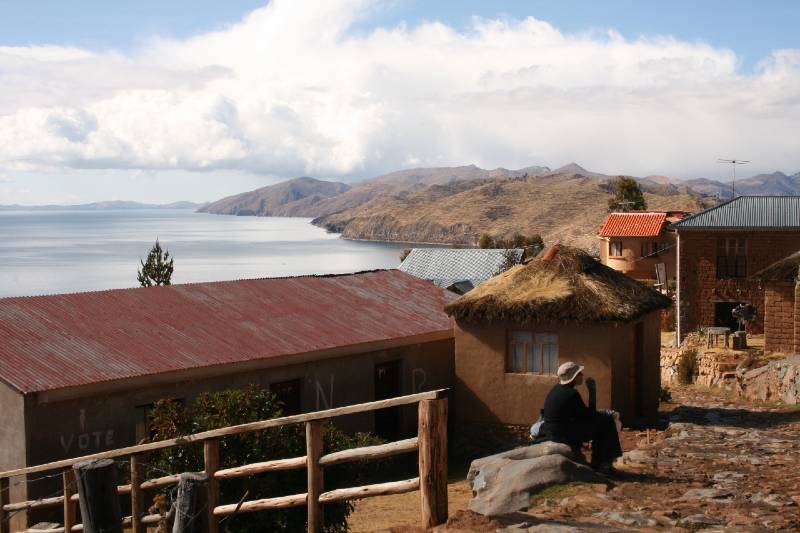 Juvenal walked across the foot of that hill amid the silence. Suddenly he noticed the fresh blood that was falling from his nose like rain. He felt a chill inside him: “Suq!” It seemed his heart was about to burst. Amid the darkness, with what little strength he had left, he went on towards the river. He was thinking that washing himself in the water would help stem the blood. Only with great effort did he reach the riverbank. He started washing himself in the water, as fast as he could. The blood would not stop coming out of his nose. He seemed to grow calm. Then his heart began to go out, bit by bit. And so the young man, Juvenal, bled to death at the riverbank.

“If you only would have screamed, or even whistled, I would not have killed you. Why did you have to walk in silence?” Before that young man, the soul sank to her knees and cried in despair.

The young man did not answer. His still body lay in silence in front of the soul.

“Oh young man, oh innocent young man! I did not mean to kill you. I came back to pay the consequences of my sins. But I ended up sinning even more, for I killed you.” The soul cried inconsolably.

Don Isiku and his young son, called Juvenal, used to live alone in a little town. Their town was called P’alta Urqu, “Flat Hill.” They gave it this name because there were many flat stones there. Many people from this town had left to live elsewhere. Others had died. Now, Mr. Isiku and his son were the only ones who lived there. One day, at dusk, Don Isiku began to feel a mighty pain in his head.

“Son of mine, perhaps I am under some curse, I don’t know what, my head is hurting horribly,” said Don Isiku to his son.

“Don’t worry me, father of mine. Or perhaps something worried you. Where did you work today? Maybe you were frightened, or perhaps you crossed paths with some wicked thing?” was what he asked.

“I pulled up potatoes at the Ichhu2 River,” he answered.

“I shall go look for medicinal herbs around there.” And so the young man went, as fast as he could.

At the Ichhu River he picked all sorts of medicinal plants. As soon as he got home, he put water on to boil. Then, he gave the infusion to his father.

“Father of mine, drink this. Maybe you got frightened,” was what he said.

His father laid back on his bed after drinking the infusion.

“Oh, son of mine, must it always be this way? My chest will simply never stop cutting off my breath,” he answered.

When he heard this, Juvenal grew all the more frightened. For a long time now, whenever his father’s chest hurt, only an infusion of one particular herb could help him feel better. This herb did not exist in the town of P’alta Urqu. He would have to make a long trek on foot from his town to find this herb. Setting out at dusk, he would have to walk all night. And so Juvenal set out in search of this herb amid the darkness. He had already walked a long way. It was already almost midnight when he reached the hill of the Qayaras3, where he made his way down toward the river.

Translated via the Spanish by Arthur Malcolm Dixon

1 I am thankful to Santiago Guevara, from the town of Uma Piwra, who told me many horror stories. This story is inspired by one of his tales of the Soul.

Arthur Malcolm Dixon is co-founder, lead translator, and Managing Editor of Latin American Literature Today. He has translated the novels Immigration: The Contest by Carlos Gámez Pérez and There Are Not So Many Stars by Isaí Moreno (Katakana Editores), as well as the verse collection Intensive Care by Arturo Gutiérrez Plaza (Alliteratïon). He also works as a community interpreter in Tulsa, Oklahoma and is a 2020-2021 Tulsa Artist Fellow. 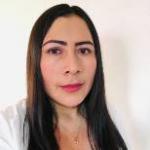 Gladys Camacho Rios is a native speaker of Quechua. She conducts research as a linguist in her community and writes in Quechua. She earned her BA in Applied Linguistics in Language Education from the Universidad Mayor de San Simón. She has earned two MAs: the first in Latin American Studies from New York University and the second in Linguistics from the University of Texas at Austin. She is currently a doctoral candidate in Linguistics at UT Austin.

A few weeks ago, I read the essay by Isaiah Berlin in which he proposes his famous division between two types of intellectuals. According to the Latvian philosopher, as is…

The real trails low, can’t fly, a peacock’s train. / But butterfly’s a moment made a thing, / so violent in the fluttering of her wing, / a wind which…