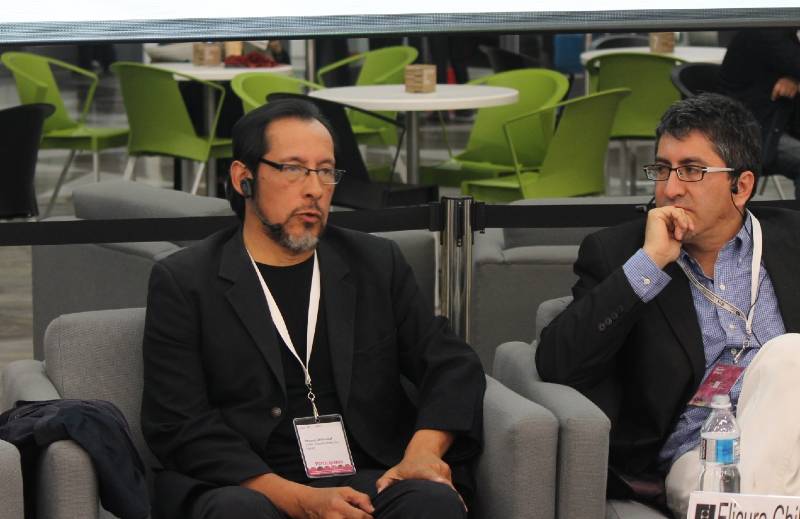 Literature, like any human activity, is a matter of great passions. Within this field, literary prizes play an important role in the recognition of contemporary literature. For this reason, it is no surprise that such prizes—especially the most desired among them—tend to be celebrated and debated at the same time. Due to the competitive nature of any prize, it would be naïve to expect anything different. Nevertheless, we are always happy when a writer whom we read with admiration is justly awarded. This is no small thing, and it arouses sympathies and repudiations, since to award a prize is to uplift one and to discard many others. In any case, literary prizes capture our attention—they are difficult to ignore, they are coveted, they catapult writers’ careers, they consecrate bodies of work. Many things can happen as a result of a jury’s decision, but the most important is when literary prizes seek to serve as a form of justice. There can be nothing happier than a well awarded prize.

This is the case we bring to our readers. In our sixteenth issue, Latin American Literature Today celebrates the winner of Chile’s 2020 National Prize for Literature, the Mapuche poet Elicura Chihuailaf. This recognition gives us many reasons to be happy. The first and most important is the quality of the work for which he has received this award; however, this prize also represents an initial reparation for a long list of omissions from Chilean literature. Since the prize was inaugurated in 1942, only five women have received it, and as of 2019 it had never been awarded to an indigenous writer, even while Mapuche poets have been publishing regularly in Chile for around thirty years. For this reason, the prize has a double meaning: it is also an award for the Mapuche people. So said Elicura himself, accepting the National Prize: “I reiterate my gratitude, because I am not the only one who speaks: the author is a small path within which lies the teachings and the word of our ancestors. This voice, of a people who have suffered for two hundred years, is the voice that has carried me through the world.” We at LALT are proud to celebrate Elicura alongside many other indigenous poets and prose writers whose work has appeared in our journal since this project’s beginnings. LALT has always been an open platform for indigenous creators from all parts of Latin America, and today, in a way, this prize is their prize.

Having grown accustomed to the prestige of prizes, we often forget their history, how they were born, who created them, and why. One need only look back a little to discover in these endeavors, often undertaken against the grain, truly beautiful stories that often remind us of the exceptional passion some feel for literature. Such is the case of the prestigious Neustadt Prize at the University of Oklahoma, currently awarded by World Literature Today to writers of all nationalities and languages. In this issue, Latin American Literature Today begins a series dedicated to the five Latin American writers who have won this prize since its creation in 1970, starting with Gabriel García Márquez, who received the award in 1972. From the book Dispatches from the Republic of Letters (Deep Vellum Books, 2020), edited by WLT’s Editor-in-Chief, Daniel Simon, we bring our readers exclusive Spanish-language editions of texts by WLT’s Executive Director Robert Con Davis-Undiano and Daniel Simon himself, who tell us the whole story of this prize that has been called, not for nothing, the “American Nobel.” We accompany these texts with two others, one about the prize winner, Gabriel García Márquez, and another about the 1972 Neustadt Prize itself. The first, written by the legendary editor of WLT (formerly Books Abroad) and the prize’s founder, Ivar Ivask, is titled “Allegro Barbaro, or Gabriel García Márquez in Oklahoma.” The other, “The Fabulating Gifts of Gabriel García Márquez,” was written by Thor Vilhjálmsson, one of that year’s jurors and the main proponent of the Colombian writer’s candidacy for the Neustadt Prize.

Another special dossier in this issue was organized by our Managing Editor, Arthur Malcolm Dixon, and is dedicated to the Spanish-Argentine writer Andrés Neuman (the 2014 Puterbaugh Fellow). This dossier could rightly be titled “Neuman in Translation,” and its participants include Francisca Noguerol, Nick Caistor, Lorenza Garcia, and Dixon himself. Translation is also present in this new issue of LALT through Olivia Lott, and her article on the mythical Mexican magazine El corno emplumado/The Plumed Horn, as well as through exclusive previews of upcoming translations of The Diaries of Emilio Renzi by Ricardo Piglia, Eartheater by Dolores Reyes, and Ramifications by Daniel Saldaña París.

Literary prizes, previews and translations, plus fiction, poetry, interviews, and chronicles fill this issue’s electronic pages. Nonetheless, I would be remiss not to mention an article by the Argentine philosopher Ricardo Forster that we also publish in this issue of LALT. It is titled “The Craft of Suspicion: the Essay in the Social Sciences,” and I feel that, in a way, it embodies an idea of essayistic writing that feels especially close to LALT: the idea that the essay should express a special relationship to literature, that in its very nature it contains more questions than answers, and that to write an essay is not to lay out knowledge that demands academic certification, but rather to exercise a craft that requires sensitivity and intuition; the idea that the essay is also a question of style, since—as Flaubert believed—in well written things, we also find certain truths. Other essays included in this issue were written by Micaela Paredes Barraza, Manuel Iris, and Eduardo Berti.

The essay is not alone: it sees its reflection in literary criticism. Also in this issue, an old friend of the journal, Will H. Corral, has prepared a special dossier about the state of literary criticism in Mexico, Argentina, and the Andean region, with pieces by scholars of this always-unresolved subject in Latin America, including Maricruz Castro Ricalde, Marcela Croce, and Antonio Villarruel. Another bridge that stands firm in this issue is the one linking us to Brazilian literature, with poems and fiction written by Luiz Vilela and Manoel de Barros.

It would be impossible to summarize the whole issue—a glance at our table of contents is enough to observe all the rest that is to come in this new offering from LALT. I conclude this note thinking of just that, of what is to come, of all we have lived through in the past few years, of how things have changed in the past few days, and of all that is still needed in order to get back on track, of a country whose wounds need healing, as there is no possible cure if we do not understand that under this sky lies a piece of earth where we all fit together. Tolerance, true plurality, and freedom can only be learned through their daily exercise. Perhaps what we have learned lately is that books are not enough; sometimes, not even democracy is enough. Today, nonetheless, the sun is shining and the sky is blue, and it is good to think that everything will be different tomorrow.

I’ve been an avid and loyal reader of Sergio Pitol since I was a teenager. I also owe him much of my readerly education: Pitol led me to many other…

The poetess meets the measure and risk of the stone of speech.