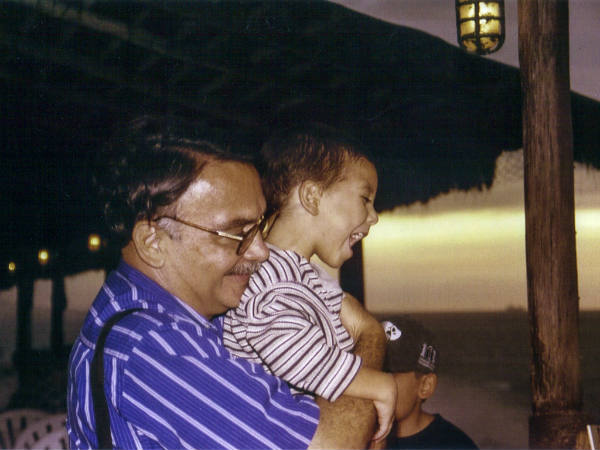 So the Song Remains: Cosmic Orientation and Landscape in the Poetry of Eugenio Montejo

The civilizing character of the poetry of Eugenio Montejo, its constructive and binding desire, has a close relation to his cosmic vision of landscape.

Any inhabited territory becomes a cosmos. To give a territory cosmic orientation is to cosmicize it. It is impossible to civilize a territory, to imprint it with a truly human significance, if it has not been consecrated through its cosmic orientation. As Mircea Eliade says, “it is important to understand well that the cosmicization of unknown territories is always a consecration: in organizing a space, the exemplary work of the gods is reiterated.”

Montejo’s poetry is the map of a cosmicized territory. The idea of a map leads us to the notion of spatial location, that is, to the orientatio, the active principle without which it would be impossible to inhabit a territory and provide it with a cosmic arrangement that fortifies it before chaos and separates it from the strange, homogeneous, and undifferentiated.

In order to cosmically orient ourselves, we must establish a center that serves as an intersection of four cardinal horizons. When a man pauses in his passage over empty ground and draws on the earth, with a stick, a circle around himself, establishing a fixed point, a center from which four cardinal horizons emerge, he is repeating an archaic act: the cosmicization of a territory. Another operation inherent in the cosmicization of space would be the configuration of a vertical axis or axis mundi, an opening toward the high and the low, a rupture of undifferentiated levels. In this way, the fixed center, the cardinal points, and the axis are fundamental principles in the construction of any humanized and civilized space. Cosmic orientation, order, fixedness, stability, realization.

Landscape in Montejo’s poetry is the terredad, the “earthdom,” of the world. Many have spoken of Montejian earthdom; I only wish to add that the earthdom of a space is determined by its cosmic orientation. Therefore, the earthdom of something or someone is given by its cosmicization, because earthdom is the cosmicized space. As we know, Terredad (1978) is a foundational book, a fixed “center” from which the four rivers or cardinal horizons of the Montejian map are plotted. Poetry of cosmic orientation, without a doubt, hence precisely its earthdom, a neologism coined by Montejo that, with the passage of time, will surely pass into more popular and extended use.

Through symbols, we access the cosmic dimension of our existence. Without symbolic representation and understanding, we could not grasp the experience of the cosmic. Primordial symbols of the cosmic dimension of earthly existence are: the number four (the four cardinal points, the four seasons of the year, the four ages of life, the four elements, the four kingdoms—mineral, vegetable, animal, human—the four psychic functions, etc.); the four temperaments of man; the quaternity (series of four); the square (idea of totality); the cube (the Earth); the square spiral (constructive and materialized energy); the cross (axis, ontological-spatial origin of temples and cities); the grid; the vertical monoliths (milestones, Hermes, totemic figures); or the archetype of the Father.

Montejo’s poetry accesses its cosmic orientation through certain concrete symbols of our earthdom, like the tree, the bird, the river, the lovers, the frog, the ox, Orpheus, the cassette of Orpheus, the stones, the doors, the buildings, the cock, the cicadas, the taxi, the lamp, the clock, the boats, the airplanes, the tropic, the alphabet, the palm trees. Note that, upon listing these elements, we assume that in Montejo’s poetry eartness has nothing to do with the telluric, nor with the homely, nor with the swamp. Earthdom does not exclude the foundling man, nor the city, nor the artefacts or essentials invented by civilization. Perhaps this is why, as Francisco José Cruz says, Montejo’s poetry is “demonstrable,” such that, upon entering in contact with it, we can have “certainty that we continue in the world.”

I would like to pause, as Francisco Rivera did before, on two symbols that, due to their power and efficacy, have the capacity to constellate and cosmically align the other Montejian elements. I am speaking of the tree and the bird. Both symbols, in a mysterious way, just like other more biological or tangible forms, are intimately related. The symbiotic relation between tree and bird is easily demonstrable. Trees serve as the seat of the birds, and birds spread the seeds of the trees, for example. But there is a less evident dynamism in the tree-bird relation that connects with a more mythical dimension, a point in illo tempore, at which tree and bird were united, at which sky and earth had not yet been separated.

The tree symbolizes the axis mundi, the ordering and orienting principle of what is above and what is below. In the Montejian landscape the tree has not been humanized, as many might be able to suggest upon hearing that in his poetry “the trees speak little,” or that they “spend their whole lives meditating,” or that “they come together in parks.” Instead of the humanization of the tree, the poetic operation that appears in Montejo’s poetry is the arborization of the human, such that man accesses his earthdom, his cosmic orientation, through the emotional and real connection with the tree, providing human experience with a cosmological status. The earthdom of man, therefore, does not belong exclusively to him, as it will only be cosmic if it is shared with the earthdom of the tree. Earthdom is always manifested in a we that links the human to the other natural kingdoms: stone, tree, birds, lovers. Montejo’s tree is, then, a space consecrated by its cosmic orientation, a space in which an intimate connection to the human appears, since only by virtue of human intelligence can a territory be constructed, organized, inhabited, cosmicized.

The other primordial symbol of the Montejian landscape is the bird, configured magnificently by that verse that says that the “earthdom of a bird is its song.” Because it is through song that the bird may access its cosmic orientation. The scale of sounds that is given off in the bird’s song leads us to a rupture with homogeneous space, lending it importance, establishing correspondences with other elements of the earthly and thereby founding, miraculously, its earthdom. The song links the bird to Orpheus, the frogs, the cock, the cicadas, and the men. But birds in Montejo’s landscape are not exotic, nor do they appear in a flock. They are rather solitary, fortified, foundling, city dwelling birds. If they were disbanded birds, for example, they would be more oriented toward chaos than toward the cosmos. And if they were exotic birds, it would be harder for them to blend into the surrounding space. Montejo’s birds are common birds. His favorite is the thrush, for example, although there are also sparrows, buntings, and mockingbirds, as well as other winged beings propitious for song, like crickets and cicadas, also closely tied to the tree and the forest.

Another interesting element of the Montejian bird is that its movement has a descending direction. It goes from the sky to the tree, not from the tree to the sky. Traditionally, the bird has been assimilated into myths of flight and ascension. Through the bird’s flight, man accesses a superior reality. A messenger between the sky and the earth, the ascending bird symbolizes the spiritualization of matter, its sublimation toward more elevated and indemonstrable spheres. Montejo’s bird, nonetheless, as Francisco Rivera says, “gives body and movement to a descending energy of condensation that, humble but obstinate, unites the poet with the earth.” I could add no more to what has so splendidly been said; I would only like to close with an association that could provide an additional turn of the screw in the question of landscape and that related to another of the great themes of Montejo’s poetry.

This is the ibis of the ancient Egyptians, mentioned tangentially in Montejo’s poetry and perhaps a little more strongly in his essays. The ibis is a real and mythical bird that has been linked to the Egyptian god Thoth, god of wisdom, of knowledge, of language, of writing and scribes. It is significant that the god Thoth has been represented, in ancient Egyptian art, with the body of a man and the head of an ibis, just as it is significant that the ibis comes to be manifested precisely in the head of the god Thoth, since the head is the site of human intelligence, the capacity to communicate and cosmically orient ourselves.

There are ethological theories that suggest that human language might have emerged from the imitation of birdsong. This leads us to point out the relation of the god Thot with logos, that is, with the cosmic intelligence manifested in all rational things, with the power of the mind expressed in speech, according to Plato, or with the word incarnate, hierophany or theophany, according to Christianity and other schools. Here is the alphabet of the world that concerned Montejo so much, the materialization of the spirit, the logos that descends and is imprinted upon the earth, making it more human and habitable. But the logos also has a more archaic and primitive connotation, if we consider its relation with the lunar light that illuminates the night and with the constructive principle that is actively placed before chaos and darkness. Without logos, there can be no cosmos. Montejo’s poetry is attended by the god Thoth and by logos. This is the source of its civic and civilizing character, its constructive and binding desire, its vocation of order and fixedness. To make the formless space more habitable. To remain in the earth by the song. So the song remains.