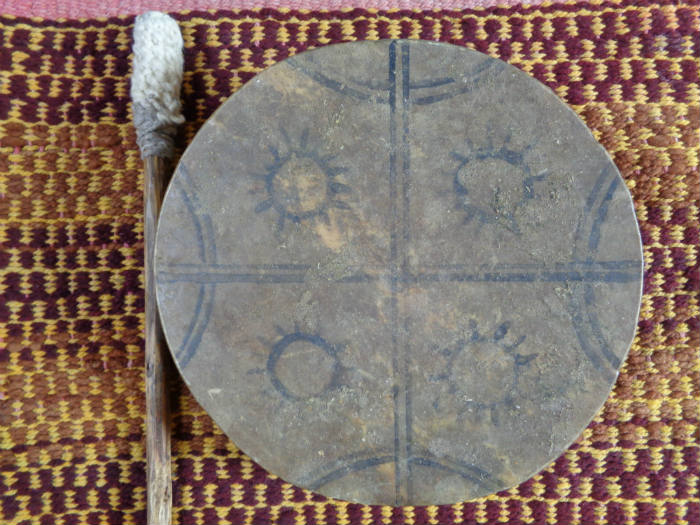 Although it was only one hundred years ago, it seems to my generation like some mythical age. The Mapuche could roam freely across their territory and communicated with the elements of the mapu. Mapuzungun means “language of the land.” The land speaks. All its beings have language, and the Mapuche know it.

Mapuzungun was the first language, and it was taught and learned in optimal conditions. In the shade of elders, new saplings grew, a perfect green preceding the rituals, near the water.

The women would sing their tayüles, which transmitted power, and the pride of being who one is was not a philosophical question.

But the death that has crept toward the First Peoples of the Americas since 1492 left no stone unturned in the south. The war for the desert, the winka raids, signaled military defeat and the occupation of territory by the Argentine state. “The end of the world” took place one hundred years ago.

It was the language of the long road of exile, the distance of banishment. Of the harsh march of our great-grandparents to reservations, ka mapu.

Our grandparents were sent to rural schools and made bilingual by force. But however banned by the schools, where teachers shamed children for their home language, Mapuzungun endured. The language of the land was in the air of orality; Spanish in the writing crossed out in workbooks.

Linguistic anthropologists, ka mollfunche, tried to write it. They created dictionaries and grammar. Just as they tried to trap the territory within barbed-wire fences, so, too, did they try to trap the sound of Mapuzungun within Western graphemes.

I’m talking about an ancient language and the ignorance of men who mapped a country over a territory full of names, elements, and meanings, silencing it. I’m talking about what we lost. All of us.

Within our community, the politics of shame wreaked havoc. Mapuzungun became a stigma, the mark of inferiority of those admitted by force to the capitalist system as cheap labor.

Perhaps the elders made a decision to stop teaching it. Could they get together? Did they speak in Mapuzungun of the future? Maybe they simply went silent, determining their knowledge to no longer suffice, that the saplings could manage better without them in this new world of constant threats, stigmas, accusations, smirks.

Mapuzungun was the language of conversation of the elders, the language for summoning the elements in the intimacy of dawn. The language of defense. Of silence. The city offered work and study to the saplings. Our parents arrived monolingual, without ngillatun, without Mapuzungun, exchanging the natural cycle of time for work hours and school calendars.

And we entered local schools, bearing our faces and surnames, without any language for which to feel ashamed, with Spanish as our one and only tongue, without history or memory.

All of us who were born without knowing the names of every plant, every stone, and every bird of this land.

I woke in the middle of a lake. In gasps I tried to give thanks but didn’t know the words. They hadn’t been taught to me. I found in poetry in Spanish the possibility to express something of the profundity that flooded me. And god’s nostalgia, which is to say a cosmovision, carried me down the path to recovering his language.

On the 500th birthday of the discord, we began to emerge from the brush, and with each step we returned closer to our roots, making ourselves visible. We’d say Mapuche ta iñche to recognize ourselves and repair the damage they’d done to us bit by bit.

The conditions for teaching and learning our language are ever more difficult because as time passes, the elders bearing our knowledge die. The federal government should push a linguistic politics to accelerate and support with resources the process of recovery of our language. A process of recovery to include not only orality but also our adoption of writing and of the creation of methods for teaching and learning our language as a second language.

To learn it is to travel a path of amazements. My heart swells each time I explain that in Mapuzungun, besides the singular and plural, there exist the dual pronouns iñchiu, meaning “we two”; eymu, meaning “you two”; and fey engü, meaning “them two.” Pairs give balance to our cosmovision.

I learn and practice the words for summoning and serving the elements. I live in the city, where I have a profession and struggle not to succumb to Western individualism: Kishungenelan is the teaching given us by the elders.

I think and write in Spanish and later translate it clumsily into the language that seduces me with its immense, deep blue. 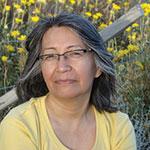 Liliana Ancalao (b. 1961) is a member of the Mapuche-Tehuelche Nankulaven community in the Patagonian province of Chubut in southern Argentina. She is a leading Mapuche poet, and her academic investigations of Mapuche culture and indigenous musics are similarly acclaimed. 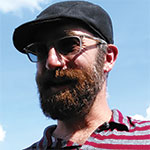 Seth Michelson is a poet, translator, and professor of poetry at Washington and Lee University. He loves to cook, eat, and travel. He has been awarded the International Book Award in the Poetry category (2013). His recent verse collections include Swimming Through Fire (2017) and Eyes Like Broken Windows (2012). He has translated works including Ghetto by Tamara Kamenszain, The Red Song by Melisa Machado, Poems from the Disaster by Zulema Moret, and roly poly by Victoria Estol. He has been lucky enough to live in many important places in the world, such as Montevideo, Buenos Aires, Madrid, Los Angeles, San Diego, New York, Sydney, and Helsinki. He currently lives in Lexington, Virginia, where he teaches at Washington and Lee University. Michelson regularly visits schools, festivals, community centers, and artistic groups throughout the world.

Most of the Latin American and Latina women1 creators included in recent, global databases of electronic literature2 fall into the loose definition of e-poets. One of the earliest to make…

Mr. Quintana / and the origami on his shirt / the watch guiding his hand / to pick up toys from the asphalt / and canaries from the balcony

The Tears of a Tongue