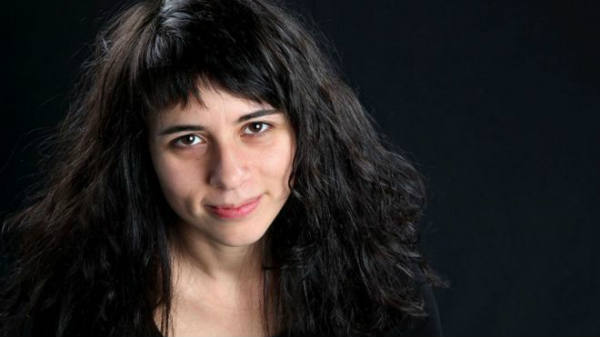 “There is no better reader than a translator”: A Conversation with Mariana Torres

Lisa Dillman: You were born in Brazil, you spend your childhood moving between Argentina and Brazil, and now you live in Mexico. How has living in so many different places affected your writing?

Mariana Torres: I also lived in England for four years, to complete the picture. I’m not sure how it affects my writing; what I am sure of is that these circumstances entered deeply into my life, especially my infancy, and nurturing contrasts (they are all very different places) and imagination. I think it enriched me. Not only did I live in those countries, but also, within them, I moved many times: I’ve changed houses, neighbors, neighborhoods, friends. Climates. And that, without a doubt, enters into one’s writing. On the other hand, it’s not only having lived somewhere, but also the sense of belonging. I feel that I belong to all those places, all of them have given me something and I form a part of them. When I was younger, I was always upset because I was never in the country where I wanted to be (that’s why I went to England), but over time I have learned to love my three points of origin, to balance them in my life, to allow them not to struggle within me.

LD: Nature plays a crucial role in your work. Could you talk a little about its purpose for you?

MT: I think that has a lot to do with my childhood in Brazil, especially in my first book, El cuerpo secreto [The secret body]. In many of those stories, nature is present in the form of trees and plants that grow and expand to cover everything around them. That’s something that really happens in tropical countries. A large part of my imagination is fixed on those parts of the world, and, in fact, places without plants make me deeply sad. But that’s something that happens to me in short stories; in the novel I’m working on, natural scenery is much less common, and it’s not until the end of the story that the characters escape into the open air, where the conclusion takes place.

LD: Do you remember the first thing you wrote? When was it and what was it?

MT: I think so. I remember a moment of inspiration, I can still feel the sensation clearly. It’s strange, because I don’t remember anything from my childhood clearly. It was a class assignment from my sixth grade teacher, Fernando. We had to write poems. I remember perfectly how single lines began to come to me, one after another. In my head. As if, after the first verse, all the others came out on their own; I felt like someone was saying them into my ear. I was really excited, and I went running to find pen and paper so as to remember everything. They were very basic rhymes, of course, but it told a whole adventure story about a castle full of ghosts. I felt proud of what I had written for weeks, I remember that perfectly. I suppose that from that moment on I kept writing, I enjoyed it very much. I was eighteen when I discovered writing workshops, and then I started taking writing seriously.

LD: You told me you’re currently working with various translators in multiple languages. Can you talk a little about the experience of being translated? Does it make you think differently about your own texts?

MT: Yes, I participate in a translation project in Europe called CELA, which is wonderful because it seeks to connect the Dutch language with southern European languages: specifically, with Portuguese, Spanish, Romanian, and Italian. It’s my first experience, besides the one I’m having with you, of your translation of my short story to English. It’s a great experience, and you can’t imagine it until you’ve lived it. There is no better reader than a translator. And at least until now, the questions that the translators have asked me have helped me to understand some of the words I myself chose, and to seek an explanation for them. There is always an explanation, of course, but when you’re writing you never think on that level of detail. It’s an experience of understanding, and it’s very enriching.

LD: What are you working on now?

MT: I always work on several stories at the same time, because I tend to read them many times over and let them rest for months before they’re finally ready. Last summer I finished an unpublished story that will be published in an anthology of authors of the Bogotá39, a story I had wanted to write for years, and I didn’t finish it definitively until they offered me a spot in the anthology. But now, above all, I am mostly leaving my short stories on pause because I’m totally absorbed in a novel. I’m finally finishing it, after many months, and it’s a remarkably intimate and invasive process. As if everything else in life, not only writing, were no longer important. As if the novel took over everything. So I’m looking forward to finishing it, to see what comes next.

Prometheus, the Beginning is Ramon Griffero’s penultimate work and the eleventh of his plays that I have translated.  Griffero’s dramaturgy creates texts that are frequently open-ended, providing for multiple interpretations,…

Sergio: We Will Always Need You