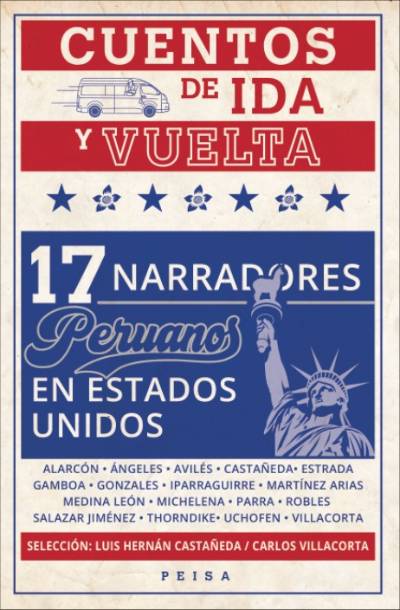 Migration is one of the most interesting social, cultural, political, and even linguistic phenomena of the twentieth century. For different reasons, the United States was one of the countries chosen by people around the world as a destination to begin a new life and live the promise of the American dream. On the heels of mass migration from Europe to escape wartime atrocities in the first half of the twentieth century, an exodus of Latin Americans arrived in the US in the second half of the twentieth century looking to create spaces and identities for themselves at any cost. Even if the US Peruvian community is not as large as the Mexican, Puerto Rican or Cuban communities, Peruvians, like everybody else, seek to make connections that both allow them to affirm their belonging and question and reinvent it. This clearly manifests in art, and particularly in literature: a word-scape, a homeland of dreams (and also nightmares).

Literary scholars have not yet systematically and critically assessed how fiction represents the experience of exile or, to a lesser degree, migration. Thankfully, efforts are afoot to visibilize and interpret the authors and fictions redefining nationality from other borders. For example, in 2005, the Hostos Review published the anthology Escritores peruanos en los Estados Unidos 1970-2005 [Peruvian writers in the United States 1970-2005]. Writer and academic Claudia Salazar more recently published her anthology Escribir en Nueva York [Writing in New York] (2014), in which she reflects on Latin American identity. Returning to a strictly Peruvian focus, Alfredo M. Arroyo and Ricardo Vacca-Rodríguez recently published Lo que tenemos en común. Antología de narradores peruanos en Estados Unidos [What we have in common: anthology of Peruvian fiction writers in the United States] (2019). Within this group, a noteworthy contribution is Cuentos de ida y vuelta. 17 narradores peruanos en Estados Unidos [Stories of coming and going: 17 Peruvian fiction writers in the United States], edited by two of the most important protagonists of present-day of Peruvian literature, Carlos Villacorta and Luis Hernán Castañeda.

The anthology includes texts from different genres, such as the short story and the journalistic chronicle. Their characters find themselves in liminal situations or environments in which daily life becomes tenuous given the novelty of their experiences or their difficulty in adapting to a new culture. Therefore, fiction brings to life the skills that marginalized new arrivals to the United States need to survive; these are skills they must hone if they want to stay afloat instead of sinking. Often, the need to get ahead lands characters in situations in which misunderstanding and illegal activity go hand in hand. Consequently, some texts address parent-child relationships and the ways living in a foreign country alters them; at times, a kind of determinism makes migrant children fall into the same unconventional and illegal patterns as their parents. The fact that the protagonists of several stories are academics or interpreters is significant because they lead relatively stable lives, yet they operate halfway between one culture and another. Some conclusions readers land on after finishing the anthology are the sheer diversity of themes addressed and the complexity of migration, which literature can portray and even push to an extreme.

Although the texts are thematically and aesthetically diverse, they all converge on the themes of “exile” and/or “migration” (terms which are used, interestingly, as synonyms). The anthologists—who selected authors born after 1970 who are currently living in the United States, or who lived in the US for a long time—have handpicked texts that reveal a little-known reality, but one belonging to 600,000 plus Peruvians living in a country with increasingly hostile policies toward migrants. Castañeda and Villacorta know this all too well since both have lived in the US for many years and have questioned identity in an increasingly globalized world in some of their own creative works. How do we aspire to cosmopolitanism when we traffic in a borderless world? How is nationality a closed criterion limiting “a fluid, multipolar citizenry that questions borders” (p. 10)? Grappling with, while not exhausting, these themes, the book’s prologue is written as an essay, not as an academic text. This allows the authors to create a speculative, reflective, but never condemnatory proposition that synthesizes their concerns. In addition to the prologue’s clear and concise style, they persuade us of their aesthetic, social and cultural assertions. If we want to imagine literary production that is increasingly rich, exacting and complex, their propositions highlight areas needing subsequent development.

For all the above reasons, the anthology Cuentos de ida y vuelta showcases chronicles, stories, and narratives that represent a Peruvian literature within the context of globalization, movement, and crossings, but also of customs and border walls. The selected works present nationality in foreign lands and forms of nostalgia for the homeland, without forgetting its own defects, such as racism and distinct forms of violence. Moreover, these texts emphasize popular narrative modes like autofictional discourse, while also cultivating more conventional discursive modes. The anthology is, therefore, an excellent contribution, as the authors grapple head-on with Peruvian identity while also fostering an attentive and profound reading of literature.