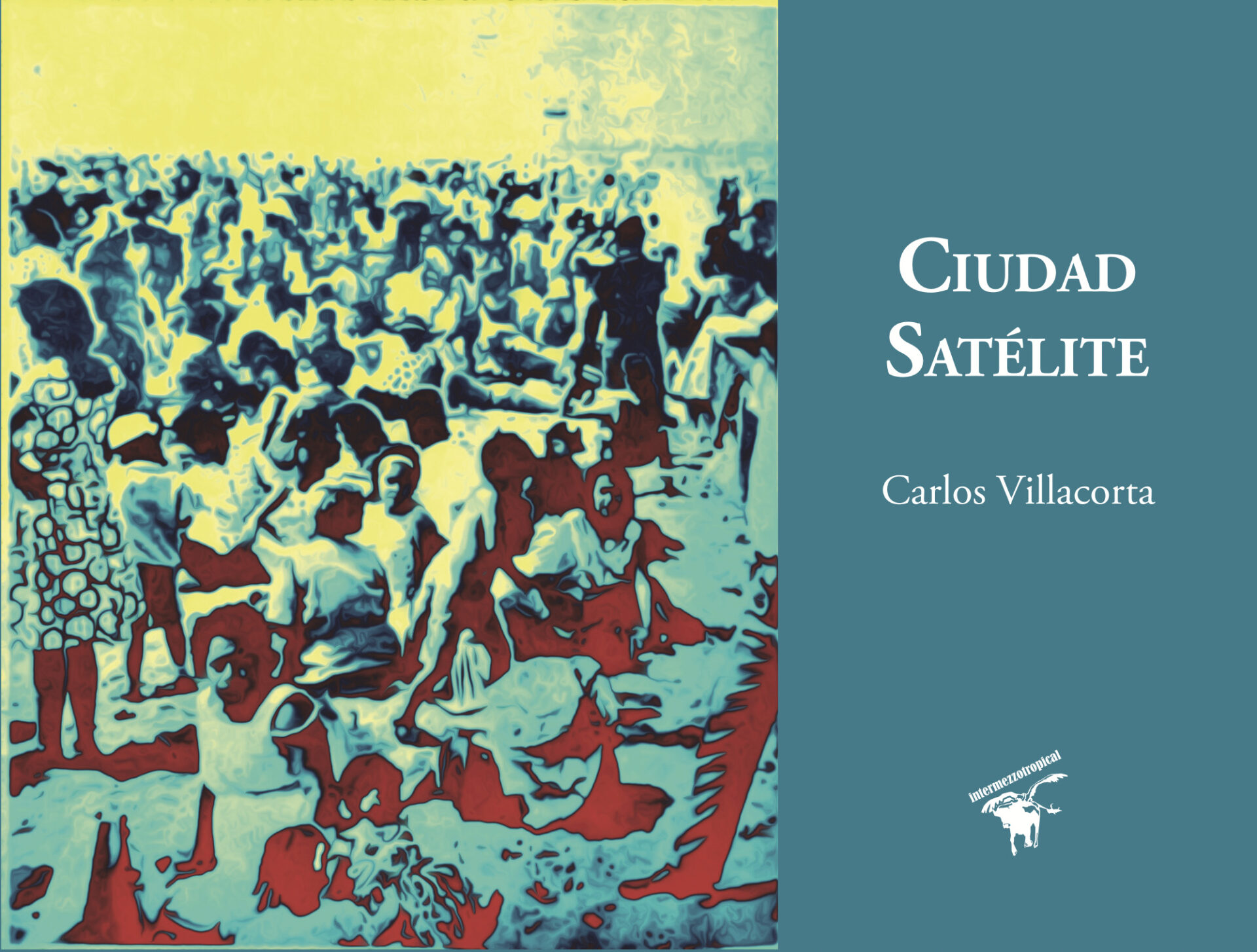 Ciudad satélite (2021) is the third book of poetry by Carlos Villacorta Gonzales (Lima, 1976) of the four he has published to date. The book is divided into four parts: “Fuerza de gravedad,” “Acerca de la entropía,” “Fragmentos sobre la velocidad,” and “En una oscura estación del Greyhound.” The opening poem, “El mundo no se va a acabar con un disparo,” is markedly different from the other poems in this collection due to its quasi-prophetic tone. The use of future verb tenses and plural voices, in line with T.S. Eliot’s intertext “The Hollow Men,” reinforces the tone and lends a fatalistic character to the subsequent poems. The march of these poems is not altogether different from that in another work by Eliot, in which a procession through London is captured in the verse, “I had not thought death had undone so many.” Most of the poems consider the poet’s movements with his family to and from different satellite cities during his childhood in Peru. At the same time, the work introduces us to significant and dear characters. In “Ciudad satélite,” the poem concluding the first part of the book, are two verses which offer a variation on Eliot’s aforementioned phrase, but with a minor difference. The verb in the imperfect tense situates the events as a fait accompli, a response: “el mundo no se iba a acabar con un balazo” (49).

The second part, “Acerca de la entropía,” is set in US cities: New York, Boston, and the small town of Waterville, Maine. If the thermodynamic process of entropy is generally associated with loss, it can be applied metaphorically to our inaccuracy when recalling past events. It can also be associated with the dynamics of urban spaces. In “Park Street,” the first poem of the second part of the book, we find a basic question: “¿Dónde empiezan las ciudades satélites?” (55). We are faced with a blunt response: “Yo te diré que las ciudades satélites/ se desprenden de nuestra oscuridad/ y giran y revolotean entre los muertos” (55).

A clear difference between the first two sections of the book is the lack of domestic spaces and the near absence of interior spaces. In the second part, existence seems to try its luck outside, and the possibility of domestic spaces is confined to the first part of the book, in the cluster of Peruvian satellite cities associated with childhood. This explains the epigraph quoting Enrique Lihn: “Todo lo que vivimos lo vivimos/ ya a los diez años más intensamente” (13). Images accentuate the distinction between spaces in parts one and two. In the first section, we see family photographs from the author’s childhood. In the second, the author doesn’t appear, and instead we are confronted with large, depersonalizing urban spaces.

The third part, “Fragmentos sobre la velocidad,” consists of twenty short texts—little prose poems bordering on aphorisms. Given the speculative poetics characterizing this section, geographical or temporal frameworks are hardly important, which differentiates part three from the other sections. The fragmentation explicit in the title refers to both the form and the modality of consciousness in the work. The first fragment is rooted in one of the author’s main ideas: memory as a driving force, which explains the assertion: “Cada tren que parte de esta ciudad se aleja impulsado por nuestra memoria” (77). Other texts appear to be instructive, even using verbs in the Spanish infinitive. However, the instructions underscore the absurd: “Hundir la cabeza sobre la misma garganta, hasta que esté seca, ya sin cabeza, ya sin garganta” (77) or “Colocar un nombre, un pedazo del lenguaje en el que nadie pueda reconocerse” (79). The last fragment, “Estate quieto y observa. Entonces, el gran ojo de la tormenta abrirá su boca para besarte” (81), invites us to be calm and quiet, with its echoes of Pizarnik and its gaze pulverized by the rose or the world that, in Kafka’s well-known aphorism, becomes entranced and twisted.

Clearly, the city is a main theme in Villacorta’s thinking and writing. In Ciudad satélite, however, the most important processes do not occur in city spaces, nor in their instability, but rather in transit between cities. Leaving one urban or suburban center for another is a constant. Hence, the title of the last section paraphrasing Pound, “En una oscura estación de Greyhound,” couldn’t be more spot-on, as it situates us in the waiting area before an upcoming trip or having recently arrived in a new place. The last poem, which shares its title with this section of the book, gives way to a fascinating process. The design of the narrated city becomes confused with the city asserted by the poetic voice. In the end, both cities disintegrate into pure uncertainty. The present within the errant destiny of the poetic subject and the present memory of that which has been forgotten end up erasing everything. Nonetheless, contrary to what we expect, the last lines of the book betray an affirming, almost defiant tone: “¡Yo te saludo pasajero incierto!” (96).

As an aside, and while not the most notable literary device in the book, I would like to highlight the use of metalinguistic shifts. These remind us that beyond the book’s themes there is a poet known for the care he takes when working with language. Thus, in the verses: “El silencio-Magritte que se va a quebrar/ que se va a quebrar de tanto especular” (60), the referential plane also operates as segmented materiality. The reiteration of the phrase: “que se va a quebrar,” replicated as an echo or reflection, is a corollary of the speculative—a characteristic found in Belgian painter René Magritte’s work. Therefore, Villacorta is also a goldsmith—work akin to that of poets—as confirmed in the dedication of The Waste Land.

Knowing the fate of any book is impossible, yet it does not depend on the author’s intentions. With the best poetry, the poem knows more than the person who wrote it or any critic. We can verify, however, that Villacorta’s books do not travel alone. They are like the clusters of satellite cities mentioned earlier. And although the cities become undone and succumb to entropy, clues to resisting oblivion are encoded in the poems. The new geography that emerges is no longer that of childhood cities in Peru or the great US metropolises of adulthood, but rather an autonomous space that is renovated every time a reader engages with it. Thus, Ciudad satélite is part of the imaginary cartography—crafted of memory, experience, and language—that poet Carlos Villacorta continues to develop with sustained and admirable precision.