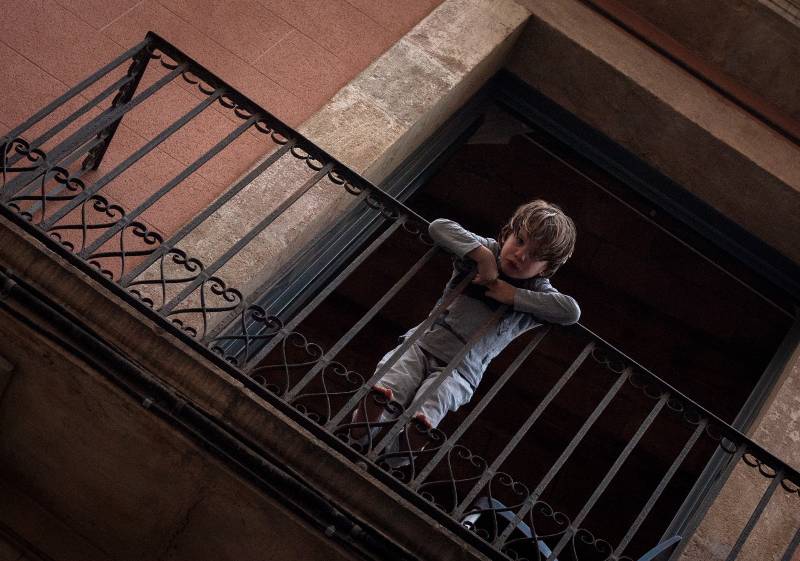 The Boy without an Arm

Daniel, a boy who is missing his right arm, goes to visit his mother in the mental hospital, accompanied by his aunt. On the way, he thinks about what he’ll say to his mother when she asks him where he hid his arm. For the first time, finally sick of things, he decides he won’t answer. Then he thinks of the accident in which, about two years ago, he lost his arm. He doesn’t remember that day very well. His father was driving, a little upset and arguing with his mother over some gripe or another of the many they always had on hand to argue about, and suddenly a drunk driver smashed into them. What Daniel does remember clearly is the moment after the accident: the upside-down world, his mother’s screams, people trying to help them, and a terrible pain devouring his arm above the elbow. Then he closed his eyes.

The truth is, he doesn’t mind having lost his arm. What still torments him is the fact that that amputated limb became the creature that tore his world apart. It was a single cut. Deep, very deep. It was hanging by threads of flesh and splintered bone. Maybe, Daniel thinks as he feels everything become chillier in the halls of the mental hospital, if what happened hadn’t happened, everything would still be okay at home.

Daniel woke up a few days after the accident with his bandaged stump and an insatiable appetite. Although his father barely managed a smile when he saw him open his eyes, from the way he blinked, Daniel could tell he was relieved. His mother, bandaged up, wearing a neck brace, and with cuts on her face, stroked his forehead. In that moment, Daniel liked the vague sensation of absence in his body. Even though he could see his arm was gone, he could feel a tingling filling that space, as if the arm were still moving somewhere.

Don’t worry, it’s doing fine, his mother said. Daniel didn’t understand. The doctor who was checking on him asked: Are you sure you want to keep it? Daniel tried to catch his parents’ eyes, but they looked away and said in unison: Yes.

Daniel’s aunt tells him the doctors are sure his mother will get better soon, and he thinks to himself that that’s a lie, that his mother will never get better and she’ll never come home. Then he asks himself: Aren’t things better this way? While he waits for his aunt to fill in the forms and talk to the doctor, he thinks about the moment they walked in the door of their home and he watched his mother’s back as she walked into his bedroom, cradling the arm as if it were a baby, backed up by his father’s uncomfortable silence. In that moment, he understood that things would never be the same again. Never ever. That arm was here to stay, it was here to occupy a place that didn’t belong to it. The logic at home had changed drastically, and now it seemed he was just a ghost wandering silent and glum through the halls, yearning for something that perhaps he didn’t even like, but that he definitely missed. He was sure of that.

At night, Daniel watched as they tucked the arm into a crib―the crib that had been his crib―in the same room with him. His mother cuddled it, told it how beautiful it was, and Daniel saw those fingers that had once been his strain upward, desperately begging for more affection. His father always looked over his mother’s shoulder, like he was watching a lizard in a tank, and then looked at Daniel with the guilt shining in his eyes. Daniel pleaded with them to find some other place to put the arm, but his mother replied: For goodness’ sake, Daniel, it’s your arm, and then she settled the matter with an accusatory silence, as if that were a better argument than any. Later, he could hear his parents arguing in stage whispers, as if he wouldn’t be able to hear them that way. His mother would say: Hush, the arm is sleeping, and the house would fall into an ominous silence that reverberated in the darkness of night. Daniel, terrified, began to hear the arm’s pulse, over there at the other end of the room, and that irregular sound kept him up till the wee hours.

In the morning, always very early, Daniel would wake up exhausted. When he went to the kitchen for something to eat, he would find his father drinking a cup of coffee, with deep circles under his eyes that darkened his expression, staring fixedly at the arm dragging itself across the floor.

The following days were an amorphous mass with nothing to set them apart, except the fact that the atmosphere at home became steadily greyer. His parents never stopped arguing, and Daniel went to his sessions with the psychologist, where he maintained a staunch silence in the face of any question he was asked, wishing he wouldn’t have to go back to school.

Daniel walks with his aunt down a stone path that cuts through an enormous garden full of strange people who talk to themselves, cry, hit themselves in the head, or stare at the sky, unblinking. A ways off, he recognizes his mother, sitting in a chair with her eyes on the ground. Daniel sighs and, resigned, prepares for another visit that will surely end the same as all the others. He would give anything not to have to return to that place, not to have to see his mother again. He curses that arm again for ruining his peace, and he curses it with the same hatred he felt when he would find it lying with his toys, wriggling among them happily. In those moments he was filled with a feeling of powerlessness, seeing that that thing, a thing that for him had no name, was taking hold of something that used to be his. Then he would find it under the bed. Then in the yard. Then in the bathroom. And his mother was always running through the house, giving helpless little yelps, shouting that if anything happened to her beautiful arm, there would be hell to pay. His father, meanwhile, ambled along like a lost soul, ignoring everything around him. And his aunt, when she would visit them every so often, told him not to worry, that soon everything would be okay again. She said it in that tone of voice that Daniel had long ago stopped believing.

His mother doesn’t greet them. His aunt gives her some fruit and says that they miss her, that Daniel really wanted to see her and tell her how much he loves her. Daniel just listens. And remembers his father. In these situations, he wishes he could have his father at his side. He wonders what he’s doing, where he is; a question he’s tried not to think about but that, persistently, sweeps back into his life again and again. He misses him, even though he doesn’t want to admit it.

Because one morning, not too long ago, his father left. He didn’t say where he was going or when he would be back. And he never did come back. He called sometimes, seemingly from some very distant place because Daniel thought his voice sounded like it was coming from a million miles away. He would speak for a few minutes and generally only asked trivial questions like: How’s the weather there? Daniel’s mother never asked about him again. For her, it was as if he’d never existed because now her life revolved around that disgusting arm that dragged itself up the stairs, around the living room, through the kitchen, always ready to ruin Daniel’s day. His mother’s studied indifference unsettled the boy because it seemed that soon, at any moment, he would also fade into the background, just another object.

His mother doesn’t say anything during the entire visit, and every so often, she shoots Daniel a contemptuous look. He doesn’t mind that anymore; he’s more than used to it. He remembers what he did with that damned arm and doesn’t feel even a shimmer of guilt.

That night, he could feel the arm twisting around inside the bag like a panicked cat. It was cold outside. The nighttime streets in that neighborhood had always been deserted, but Daniel wasn’t scared of them anymore. He looked back at his house and, there, between the trees, he could see the window of his mother’s room. The light was out. Everything was going to plan.

He reached the park and, in among the bushes, he found the hole he had dug for all those days with his single hand. It had been difficult work, but it was worth it. He dropped his burden into the hole, and the arm, as if it realized what was about to happen, shook violently, tearing the bag with its fingernails. Before the arm could start to drag itself away, Daniel snatched up a stone and dropped it on top of it. He threw in another, and then another, to be sure. Finally, with his single hand and his feet, he covered it with dirt.

His mother never recovered after that. She fell into a deep depression and ended up losing her mind. Sometimes she would threaten Daniel, saying that if he didn’t confess where the arm was, she would throw him out into the street to die of cold. His father never called again, and his aunt took over his care. His mother was admitted to a mental hospital, and since then Daniel has tried to avoid at all costs the obligation to go visit her, but his aunt always ends up dragging him there. Like today, for example. At this very moment, his mother, who never speaks to Daniel directly, says to her sister: Ask that boy where he put the arm; the poor thing is cold, I just know it.

Daniel, hearing her, just smiles and looks away. 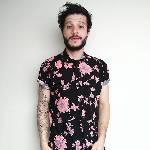 Mallory N. Craig-Kuhn (New York, 1986) is a translator, writer, and literature researcher based in Buenos Aires, Argentina. She holds a master’s degree in Spanish and Latin American Literature from the Universidad de Buenos Aires (Argentina) and a master’s degree in Literature from the Universidad de Antioquia (Colombia). She specializes in new weird, science fiction, westerns, and crime fiction. Mallory has translated novels by authors from Argentina, Colombia, and Spain, and has participated in the translation into Spanish of a collection of short stories by China Miéville for publication in Argentina (Ediciones Ayarmanot, 2019).

by Francisco José Cruz
Sometime around 1996, when I had just started corresponding with the poet Antonio Deltoro, he sent me a parcel containing a few books by himself and some friends. Among them…

Poems from Menino do Mato

I wanted to write with bird words. / We lived in an immensely and nameless place / where we played with word play / like: Today I saw an ant…

“Beauty Can Be Found in Everything”: An Interview with Fernanda Trías

by Adam Critchley
With her 2020 novel Mugre rosa, (to be published in English by Scribe as Pink Slime, translated by Heather Cleary), Uruguayan author Fernanda Trías (Montevideo, 1976) won the 2021 Sor…