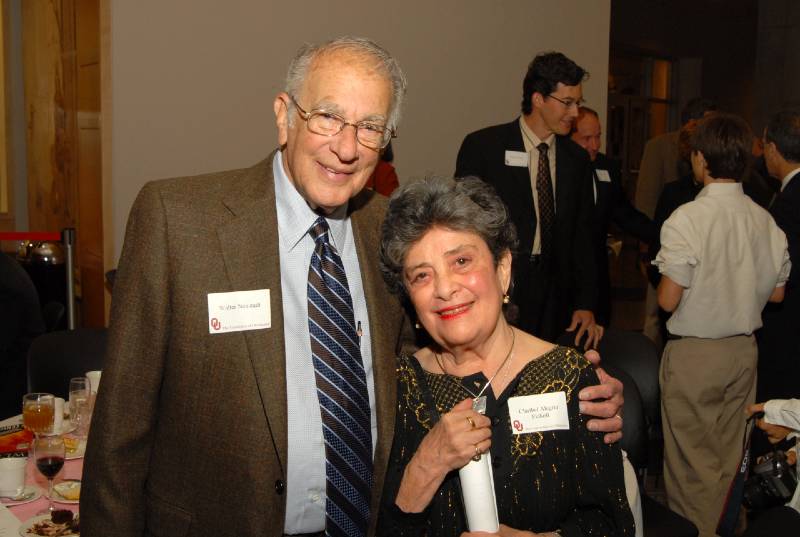 Which Claribel Alegría should I speak of today? The fiction writer, the chronicler of history, the storyteller, the political activist, the translator, or the poet? After years of reading her work (a vast literary landscape that includes poetry, fiction, historical testimony, translations, and anthologies) and having the privilege of knowing her personally for many years, I can say with some authority that a rare, extraordinary symbiosis exists between Claribel Alegría and her writing—that is, between her life and her words.

Nicaraguan poet José Coronel Urtecho once said that either to read her work and get to know her afterward, or to know her first and then read her work, is like being a witness to a miracle. One realizes in either case that Claribel and her writing are one and the same, and that unusual, miraculous fact provokes a sense of bewilderment, a feeling that such a range of accomplishment should be impossible, at the very least an illusion, and that is because the quality of a writer being one with his or her own writing is rare indeed. But for Claribel Alegría, the ethics of her work, the energy and beauty of her words, stand for herself, for her acts as a person, for the way her life matches her words. That being the case, I will center my remarks on the particular symbiosis between Claribel Alegría and her poetry.

At first glance, her poetry can be superficially judged as being simple because of its brief lines and language, which give it a fast, pulsating quality, a mercurial rhythm (even when the poet herself reads it aloud) that sounds almost like the singing of a nightingale. But such apparent simplicity is a mirage. On closer examination, an attentive reading reveals a powerful, accurate distillation of language, line by line, until it achieves, like a nightingale, a maximum capacity of complex expression. The exact weight that the poet extracts from the apparent simplicity of each word, and the complexity it really contains and expresses, gives the work perfect balance. Each poem has within itself a compass that guides it on the right path, in such a way that it never digresses, never gets lost, or misses its own route toward harmony and lucidity.

The same may be said of Claribel as a person, as a human being. Whoever reads her poetry can easily imagine how she is, and in the event that the reader happens to meet her, he or she becomes a witness to the miracle I mentioned before, amazed by the evidence of how similar the poet and her poetry are, how both share the same substance.

In 1989 José Coronel Urtecho, whom I mentioned before and who is one of our most important Nicaraguan poets (founder of the Vanguardia movement, one of its main leaders, whose seminal work has influenced several generations of writers in Nicaragua), wrote an extraordinary book called Líneas para un boceto de Claribel Alegría (Lines for a sketch of Claribel Alegría). In that book, he writes that Claribel’s poetry is like something “sifted” through her being, after having gone completely “through” her. One never knows where the borders between herself and her words converge, the zone or line where light and shadow meet or melt, because the poet and her imagination and her words blend into one reality. Word by word, line by line, poem by poem, Claribel is her poetry, and her poetry is her. Coronel Urtecho also wrote that every time he read Claribel’s poems, he was amazed all over again by how she can be such a great poet even in her shortest poems, because each of her words is loaded with so much life and meaning. He said that all her poems are miraculous.

Claribel’s unusual and extraordinary ability to be one and the same with her poetry springs from an authentic and profound sense of humanity. She has the capacity to imagine, to visualize the “other,” to move toward the other, toward the human. She has within herself a deep sense of her own dignity as a human being as well as of the dignity of others, which also includes a compassionate understanding for the world as a whole. This is the basic and authentic quality of a true humanist, and one finds this quality present throughout her entire body of work.

Sergio Ramírez, a most important Nicaraguan writer and former vice president of Nicaragua, has called her “the mythical Claribel Alegría” who was surrounded from early childhood by many great figures of Latin American literature, like Salvador Salazar Arrué (Salarrué), José Vasconcelos, and Joaquín García Monge. Later on, she studied with the Spanish poet Juan Ramon Jiménez, who took her to meet Ezra Pound, by then locked up in St. Elizabeth’s Hospital. Still later, Miguel Ángel Asturias visited her in Santa Ana in El Salvador. In Santiago, Chile, she met Augusto Monterroso, and went with Asturias to Isla Negra to meet Pablo Neruda. There are also the long friendships she and her husband, Darwin J. (Bud) Flakoll, had with Robert Graves, Juan Rulfo, Julio Cortázar, and many writers of the Latin American “boom,” of whom Claribel and Bud were the early editors and translators, years before many of them became famous. Together, they edited the anthology New Voices of Hispanic America published by Beacon Press in Boston, in 1962, which included Julio Cortázar, Augusto Monterroso, Juan Rulfo, Blanca Varela, Juan José Arreola, Ernesto Cardenal, Augusto Roa Bastos, and others. Therefore, says Sergio Ramírez, Claribel was born for literature, which is a substantial part of her existence, of her life.

I could talk almost endlessly of Claribel Alegría’s impressive body of work, but she never speaks of herself because she is always and forever too curious about others and of the world that surrounds her. She is so interested and engaged in learning more about life and about all of us, her fellow human beings, that she forgets to talk about herself. But when she enters a room, or wherever she goes, her presence is felt immediately. I can only explain it in this way: When she appears, it is as if a rose is placed in a room. If I brought a rose to this room and put it on this table, its presence, even though quiet and silent, would change the whole mood of the room. Even if we wanted to ignore it, we wouldn’t be able to, because that rose, with its beauty, its form, its color, and its fragrance, would make us all pay attention to it, although it would not be saying: Hey, here I am, look at me!

Claribel Alegría is that rose.

Photo: Claribel Alegría with Walter Neustadt at the 2006 Neustadt Festival in Norman, Oklahoma, from the archives of World Literature Today. 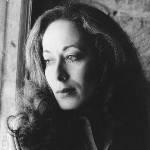 Daisy Zamora (b. 1950, Managua) is a prominent Nicaraguan poet, essayist, translator, and advocate for human rights and feminist issues. Her bilingual collection The Violent Foam: New and Selected Poems was published by Curbstone in 2002.

Antonia Alvarado is a Spanish MA student at the University of Oklahoma. She holds degrees in Literature (Universidad de los Andes, Chile) and Education (Universidad del Desarrollo) and has worked as a secondary education teacher and language instructor in Chile and Spain.

An Excerpt from Yesterday

by Juan Emar, Megan McDowell
In the city of San Agustín de Tango, the banal is hard to tell from the bizarre. In a single day, a man is guillotined for preaching the intellectual pleasures…

It can take days to climb a mountain, or the blink of an eye. On the way, the mountain will show you, little by little, her body. What makes her…

No one has an answer. The papers say… My mistake. The papers don’t say anything. Just like all of us, they merely spell out silent words.