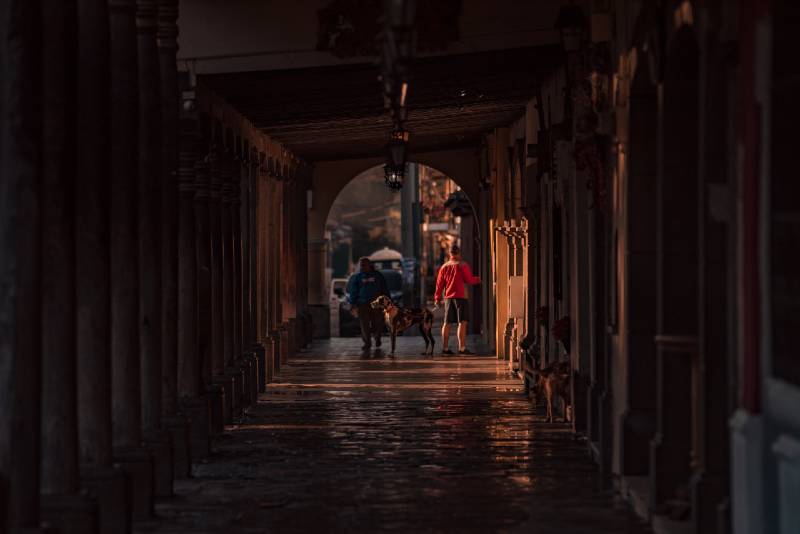 I’ve never liked dogs.  My nose twinges from allergies and my chest with repulsion—maybe guilt—if I get close to them.  Despite this, sometimes I take one home with me.   Driving back from work today, I found a puppy on the side of the highway.  Frightened and sad.  Abandoned.

The low lights of my car shone straight into its eyes.  As I braked, I reached into the backseat to find something to grab it with.  A sweater (the red one, my favorite) was the first thing I found, so I shrugged my shoulders and, resigned because I’d never be able to use it again, got out of the car and headed towards the dog.

Its beady, watery eyes observed my movements.  I put the back of my hand close to its nose so it would know that I wouldn’t hurt it.  When I saw it relax, I picked it up, wrapped it in the sweater, and put it in the car.  I started driving, and after a couple blocks, I stopped close to a seemingly deserted bridge in order to examine the dog with care.  It wasn’t until then that I saw its tangled fur and dark paws.  Its filthy mouth.  I stretched my hand out to pat its head.  I immediately felt a small lump that I trapped between my fingernails and brought up close to my eyes to inspect.  A smile formed on my lips.  Just as I expected, it was a flea.

The thing is, even though I find dogs disgusting, I like fleas.  I don’t know why or when it started.  We never had dogs at home, but if I rummage about in my most distant memories, I can see myself as a little girl, searching for the critters in my cousin’s dog’s fur.

The process is the same.  My fingers, which have become expert from practice, separate the animal’s fur and as soon as I can feel something move, I press it between my fingernails, trapping it.  Then I stun the bug by rubbing it between my thumb and index finger.  After that, I bring my fingers to my lips, place the flea between my teeth, and explode it.  I hope no one thinks, if they see me, that I’m eating them.  Once it’s exploded, I take the flea out of my mouth.  First, I use my tongue to move it to my lips, then to the same fingers that seconds earlier stunned it, then from there I use my middle finger as a catapult to launch it.

With time, I’ve learned that I like pregnant fleas.  One day as I rid my mouth of a flea cadaver, I examined the creature before flicking it from my fingers.  Four or five almost-transparent white dots were spread across my finger.  Upon looking closer, I realized they were eggs.  I brought them to my mouth again, one by one, and upon feeling them explode, a wave of happiness ran through my body, giving me goosebumps.

Of course, I don’t find pregnant fleas very often, but when I do, I try to make the experience last.  I hold the body between my nails in order to pop just the head, then I take the eggs out of the belly so I can sink my teeth into them one by one.

Not having pets made it harder when I was a kid, but thanks to our frequent visits to my cousins’ house, I could always munch on some fleas a couple times a week.  Nobody knows about that.  I often thought my parents suspected something. Once, when I was little, one of my cousins told on me to my mom, saying he had seen me put bugs in my mouth.  She told me I could get sick and not to do it again.  Since then, I try to be careful, and they never questioned me again about anything of the sort.

When the last of my cousin’s dogs died, I was left without provisions.  I went out into the street a couple times, trying to find a dog that would let me pat it.   It was pretty hard because people tend to stop and look with fondness upon people who pat street dogs, and then you can’t search for critters.  At one point I thought I might be able to let fleas to roam around on my own clothes, but that didn’t work out too well because I don’t have enough body hair for them to get caught up and reproduce in.  Besides, their bites are horrible and disgusting.

In a way, I think I started living alone just so I could have a dog.  Fortunately, I found a place with a large patio and few neighbors.  It’s bothersome to listen to animals whining all the time.  The first one I brought home died after a few days.  I’ll admit that I didn’t have much experience.  I never bought food for the animal, nor did I look for a place to put it where it could stay dry.  It wasn’t a good idea to leave it tied to a post either, but who has time to walk a dog when they only want to find its fleas?

One morning, before taking my bath, I went outside to pat the dog and found it rigid and still damp from the downpour the day before. I didn’t dare look for fleas.  In the afternoon when I got home from work, I had to make a hole in the patio so it wouldn’t just rot there.

Just a few days after, I found a big, kind of scrawny dog, and I brought it home. Less than a month later I found it rigid on the patio.

Counting this puppy, I will have adopted six animals.  It’s a lot for one year, I know, but they inevitably die.  Sometimes I give them food, and I’ve even gotten longer ropes to tie them up with, so they can have some freedom on the patio, but nothing’s worked.  Often, when I get home from work, I find them dragging themselves through the grass, scratching at open sores.  Seeing that makes me happy because I know that their wounds are there because they’re full of fleas and this can only mean that I can explode as many as I want whenever I have a craving.  When the dogs are already dying, I think about freeing them.  But to do that that I would have to put them in the car again and search for a desolate place to let them out, so I prefer to bury them, like the first one, in order to avoid the inconvenience of having to touch them.

I look at the puppy in the passenger’s seat again and smile at it.  It looks at me hopefully and I think that I should feel bad, but I don’t feel anything.  The flea that’s between my fingers keeps moving, so I squeeze it a little harder to stun it, and smile at it, too.  I lightly place it under my fingernail before putting it between my teeth.  I wait until there isn’t any noise, so that I can feel the echo of its bitten body bounce between my teeth.  I chew its body a few times before using the same finger to take it out of my mouth to study it.  Nothing moves and the puppy continues to observe me with gratitude.  I stay parked a while longer, searching for lumps on my new and repugnant friend’s skin, and think that maybe this time I’ll buy a little more food than last time.  The dog is small, and I need to stop digging ditches in my garden—if I keep it up, it won’t be long before I get sick.

Lindsay Romanoff Bartlett (1987) is a translator, editor, and simultaneous interpreter between Spanish, Portuguese, and English.  Her focus is on translating lesser-known Latin American authors who publish with small, independent presses.  She is currently translating the Guatemalan authors Jeanny Chapeta, Giovany Emanuel Coxolá Tohom, and Ana Fortuny. 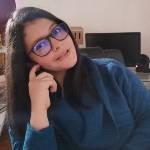 Jeanny Chapeta is a Guatemalan writer born in 1988.  Her story “Claudia and the Cats” won the 2016 El Palabrista Contest and was later translated to English and published by the Cervantes Institute at Harvard University.   She has published two novels, El año en que Lucía dejó de soñar (2017, Santillana) and ¿Volverás a soñar, Lucía? (2019, Santillana), and two collections of short stories, Historias incompletas (Extracto, 2017) and Casa de Silencios (2018, Los Zopilotes).  She is also a professor of Language and Literature at the Universidad del Valle in Guatemala. 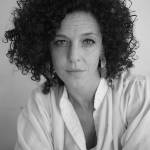 Lindsay Romanoff Bartlett (1987) is a translator, editor, and simultaneous interpreter between Spanish, Portuguese, and English.  Her focus is on translating lesser-known Latin American authors who publish with small, independent presses.  She is currently translating the Guatemalan authors Ivanna Chapeta, Giovany Emanuel Coxolá Tohom, and Ana Fortuny.

Written between 1940 and 1964 until the author’s death, Umbral was published in full in 1996, accumulating more than 4,000 pages, which are divided into five “pillars.” The present…