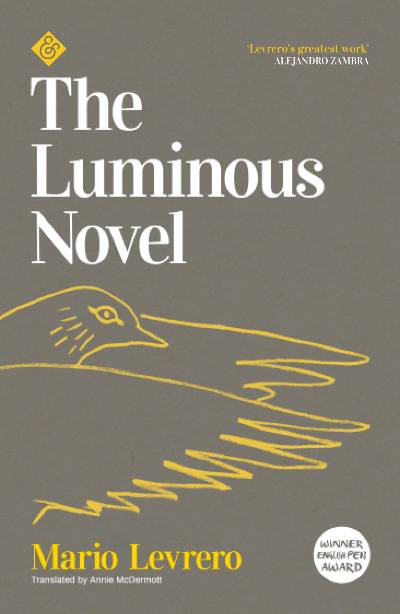 From The Luminous Novel

A writer attempts to complete the novel for which he has been awarded a big fat Guggenheim grant, though for a long time he succeeds mainly in procrastinating—getting an electrician to rewire his living room so he can reposition his computer, buying an armchair, or rather, two: “In one, you can’t possibly read: it’s uncomfortable and your back ends up crooked and sore. In the other, you can’t possibly relax: the hard backrest means you have to sit up straight and pay attention, which makes it ideal if you want to read.”

Insomniacs, romantics, and anyone who’s ever written (or failed to write) will fall in love with this compelling masterpiece told by a true original, with all his infuriating faults, charming wit, and intriguing musings.

The Luminous Novel is forthcoming from And Other Stories.

Here begins the ‘Diary of the Grant’. I’ve been trying to do something like this for months now, but systematically avoiding making a start. The aim is to set the writing in motion, no matter what it’s about, and keep it up until I’ve got into the habit. I have to associate the computer with writing. The most-used program needs to be Word. This will mean taking apart a series of cybernetic habits that have consumed me for the past five years, though I shouldn’t think of it as taking anything apart, but rather as putting this together. Every day, every day, even if it’s only a line to say I don’t feel like writing anything, or I don’t have time, or to make any other excuse. But it has to be every day.

I almost certainly won’t manage. Experience has taught me that. And yet I find myself hoping things will be different this time, because the grant is involved. I’ve already been sent the first half of the money, which will be enough to keep me until the end of the year in a reasonable life of leisure. As soon as I knew for certain I was getting the grant this year, I began more or less clearing my schedule, getting rid of some things altogether and spacing others out, so as to leave very few days each month when I have any commitments at all. You see, a life of leisure takes time to arrange. It doesn’t come about just like that, from one moment to the next, simply because you have nothing to do. At the moment my instinct is to fill every gap, devoting all my free time to stupid, pointless activities, because, almost without realising it, I have become like those people I always look down on: intensely afraid of my own selfhood, of being alone with nothing to do, of the ghosts in the basement pushing at the trapdoor, eager to poke their heads out and give me a fright.

One of the first things I did with this half of the grant money was buy myself a pair of armchairs. In my apartment it used to be completely impossible to sit down and rest; for years now I’ve had my living space set up like an office. Desks, tables, uncomfortable chairs, everything there to encourage work—or playing on the computer, which is a kind of work.

I had the electrician come and change the position of the plug sockets so I could move the computer out of sight, out of the central area of the apartment; I’m typing this now in a little room by the bedroom, and in the central area, where the computer used to be, there’s now a strange armchair, very soft and springy, its fabric a lovely greyish blue. The two or three times I’ve sat in it, I’ve fallen asleep. You relax, you can’t help but relax, and then, if you’re at all sleep-deprived, before you know it you’re dead to the world and dreaming. But this armchair is another thing I’ve been avoiding. As for the second one, I haven’t sat in it at all yet, except to try it out. It’s the kind known as a bergère, with a tall, rather hard back that makes it just right for reading. I only really intended to buy one armchair, but when I was testing them both out in the furniture shop, switching back and forth between the two, I realised it wouldn’t be that simple. One chair was perfect for reading; the other was perfect for resting and relaxing. In one, you can’t possibly read: it gets uncomfortable and your back ends up crooked and sore. In the other, you can’t possibly relax: the hard backrest means you have to sit up straight and pay attention, which makes it ideal if you want to read. For many years now, I’ve only ever read at mealtimes, or in bed, or in the bathroom. Admittedly, I’ve also been steering clear of this armchair. But its time will come, just as the time for this diary has come.

I was able to begin it today thanks to my friend Paty. Some time ago I told her about Rosa Chacel, whom I discovered by chance at a second-hand book sale. I thought Memoirs of Leticia Valle was an extraordinary novel and lent it to all my witch friends, because I was in no doubt whatsoever that Doña Rosa was a genuine witch, in the good sense of the word. Paty is one of my witch friends, and of course she loved it. In return, a few days ago she left me a Rosa Chacel book I hadn’t heard of with the caretaker downstairs, Money Box: The Way There. It’s the first part of an intimate diary (if you can call it that, since Doña Rosa Chacel doesn’t give away many intimate details), the second part of which is called Money Box: The Way Back. Paty emailed to explain that she’d sent me the book to help with the grant, since Rosa also received a Guggenheim fellowship at one point and all the ins and outs of the experience are recounted in the diary. In fact, even before reaching the part about the grant, which comes halfway through the book (and I have most of the second half yet to read), I noticed that this diary was inspiring me and making me want to write myself. I’m amazed at how much Rosa and I have in common. Impressions, feelings, ideas, phobias, discomforts; all very similar. She must have been an insufferable old woman. There’s a photo of her on the back cover; she looks surprisingly similar to Adalgissa (I’ve never known how to spell that name; I think there’s an H in there somewhere. Perhaps: Adalghissa), whom we used to call ‘the fat aunt’ when I was a boy. She was actually my great-aunt, the sister of my maternal grandfather. But the difference between Rosa and the fat aunt is the way they look at you; although Rosa’s eyes are partly hidden by her round spectacles and slightly drooping eyelids, you can see the powerful intelligence of the brain behind them. The fat aunt, in contrast, was not very intelligent.

Mario Levrero was born in Montevideo, Uruguay, in 1940 and died there in 2004. He was a photographer, bookseller, comics scriptwriter, humorist, crossword author, and creator of brain games. He wrote twelve novels and several short story collections and it was not long before he gained cult status amongst readers in Uruguay and Argentina, despite keeping a low profile. He has inspired Latin American writers such as Rodolfo Enrique Fogwill, César Aira, and Alejandro Zambra. In 2000 he was awarded the Guggenheim grant, allowing him to complete work on The Luminous Novel, which was published posthumously. 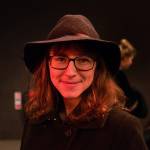 Annie McDermott’s translations include Mario Levrero’s Empty Words and The Luminous Novel for And Other Stories, as well as Loop by Brenda Lozano, Feebleminded by Ariana Harwicz (co-translation with Carolina Orloff) and City of Ulysses by Teolinda Gersão (co-translation with Jethro Soutar). She has previously lived in Mexico City and São Paulo, and is now based in London.

Heavy Metal and Protoplasmic Pressure: A Conversation with Yoss

“I live in Cuba, a society that’s geriatric, totalitarian, dispossessed of many political liberties and human rights. Of course, all my fiction is political. Politics is too important to be…

Inheritance in the Mother Tongue

Inheritance is a reaffirmation of what is assigned to us and a reactivation of its contents through an act of betrayal on the part of the inheritor: to not leave…