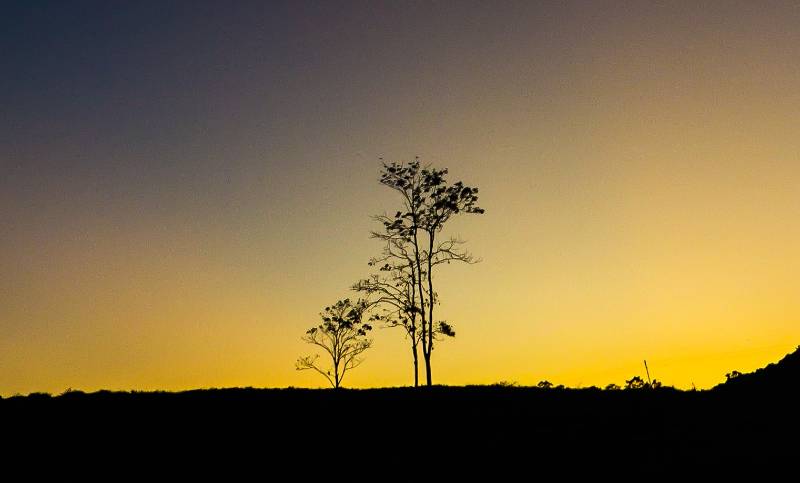 [Underneath the table
with Louise Bourgeois]

we are the guarantors of houses through which a safety pin runs
we are the one you always lost sight of and they made you look for
we are in the living room on the table where nothing ever lived
we are two underneath the table, fear and nutcracker
we are he—at a distance in profile and frontal tenderness—and she
her breast of camphor and voices. Like a glacier
in each eye a tear preserved                 sliding down
on everyday objects the safety pin is found      alone
we are the guarantors of fragile Houses, empty Houses at the dinner table
we are them smugly and vulnerable in this world
we are by our incidence the view of a marathon
we are the foreigner who sometimes without running chases us.

[Clouds at your ear / fish
of Toyen / Marie Čermínová]

foreigner: the story is short, very short. The nutcracker
ausländer: fluorescent fish destined to Otherness
foreigner: nut-history like the one given me to shell
ausländer: from other [absent] lands in their crystal-clear restarts
foreigner: Who knows how to sustain one’s soul, and knows who it kisses?
ausländer: a face that unevens itself meticulously
foreigner: the eye closes when obligated to be only an eye
[it faces up]
ausländer: don’t let your blood vessels cauterize. They are a
sort of tiny subterfuge
foreigner: double spiral Celt / eye stuck on a rock
ausländer: the leg of the journey is organized on the basis of its premeditated
end
foreigner: the ear puts the eye where the world won’t be astonished
ausländer: when the silence is divided up
its mathematics is not impure
foreigner: save us
ausländer: so much land ho liquifying clouds at your ear
foreigner: new fish enclosures of relief and misrule
ausländer: the second excision turns out to be irreversible
foreigner: aquarium [painful intuition]
ausländer: our only capital is the unknown
foreigner: don’t erase the moon-ivy from your hands. The nutcracker

[Tea in the half-light
with Hokusai and the eternal wave]

36 views of Mount Fuji in the mist in profile and eternal tide
36 times a liquid wall arises on the coast of Kanagawa
36 fingers show their claws of white foam. 36 invisible waves
36 wood engravings hint at the cycle of life
36 asanas of universal order and yin-yang in its natural height
36 meditations about emptiness and plenitude
36 origamis unfolding the same drama. 36 cirrus clouds take my hand
36 expeditions that I return from with
the same bundle of letters and without hares
36 big windows [of Ejiri in the province of Suruga] suffice
to innovate yourself, the story is short
36 extensions of paper. 36 cranes pose new laws on
migration, beating about the bush. 36 Kafka notebooks
36 tautologies since we initiated conversation
under my lamp. 36 cantigas but never
ever was the day of Saint Raphael in Cordoba so bitter
36 tiny jars of tea in the half-light
to take shelter during bewilderment
36 crumbs are enough for my guard dog to entertain itself
with the language of bread
36 grains of rice equivalent, in their whiteness, to one hundred years of Einsamkeit
36 roads of flesh traveled by the girl and her guard dog
36 pariah women against a single Zeus [Demeter / Persephone]
36 exercises of clarity without the right to hide the sun
36 Olympus Mounts and just one sweet
fruit
36 islands exude what should be translated but they do not translate
36 red pines moisten my tongue
36 times oh! Hecate! threshold goddess
—tell them not to abduct me! In full waters.

[Out of the white
“terregal” of Armando Reverón]

others with their big white gusts
recover further pieces of
impenetrable houses. Innate canvases
El Castillete. The steppe of every day

half my life I have gone along
I might find myself in the port of Genoa
it might be a gesture of survival
merging fictions so that you exist.

Jean Louise Sanders (1958, Evanston, Illinois, USA) is a freelance translator and copy-editor of scientific articles living in Granada, Spain. She holds a B.A. in Modern Languages and Hispanic Literature (Beloit College, Wisconsin) as well as a Licenciatura degree in Technical-Scientific Translation (University of Granada). In her free time, she writes and translates short stories and poetry and plays golf. 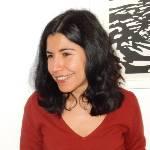 Jean Louise Sanders (1958, Evanston, Illinois, USA) is a freelance translator and copy-editor of scientific articles living in Granada, Spain. She holds a B.A. in Modern Languages and Hispanic Literature (Beloit College, Wisconsin) as well as a Licenciatura degree in Technical-Scientific Translation (University of Granada). In her free time, she writes and translates short stories and poetry and plays golf.

I don’t lament those memories without a history, the homicides / perpetrated in the name of tenderness. Today the fire marks me / as if it were a part of the…

“Literature is constructed not out of certainties, but in the absence of them”: An Interview with Patricio Pron

To read Patricio Pron is to be in the company of a multifaceted writer with a broad trajectory as both storyteller and literary critic. His work has been translated into…