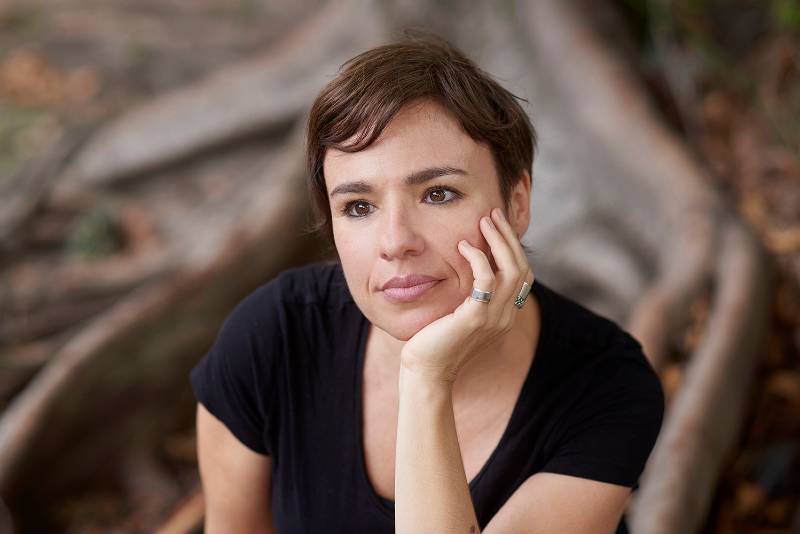 A Conversation Between Betina González and Heather Cleary, Author and Translator of American Delirium

In an unnamed post-industrial city somewhere in the United States, people known as “dropouts” are abandoning their homes, their jobs, and their children to join communes in the woods. This exodus coincides with an influx of rampaging deer who attack the city’s remaining inhabitants while they garden, shop, and jog.

With an extraordinary eye for cultural and psychological nuance, Betina González invites us into this world—which manages to be at once utopian and dystopian—from three different perspectives. The first of these is Vik’s, a refugee from an island known as the “Pompeii of the Caribbean” who works as a taxidermist at the local museum of natural history and has just discovered a woman living in his closet. Then there’s Beryl, a former hippie who refuses to be marginalized by society because of her age, and who has decided to train other senior citizens to shoot so they can do something about the deer. Next we meet Berenice, a precocious young girl who wakes up to discover that her mother has become a dropout, and goes on a quest to find an adult she can claim as a relative so she won’t be ostracized by her classmates or sent to one of the work farms that pass for orphanages in this crumbling society. Each chapter of the novel contains a section from each of these three storylines, which are connected by a powerful hallucinogen derived from the rare albaria plant.

Heather Cleary: You describe some pretty wild situations in this novel, and yet you manage to make the characters and the spaces they occupy feel remarkably immediate and recognizable. What was the process of writing American Delirium (Henry Holt, 2021) like?

Betina González: The process was a long one, because it involved a shift in register. For me, from the very beginning, this book has been about language. I’d been living in the USA for years, and over those years my way of speaking and writing changed. This novel represents a way of working with my mother tongue from outside, as if it weren’t mine. And, at the same time, the presence of English in my life. Speaking a second language is like having a secret weapon, a way of observing and monitoring your own language and style, those two “natural” horizons—one social, the other individual—against which every writer struggles, those automatic structures or ways of expression so deeply embedded that they become a sort of dead tissue. It was a painful process—to leave behind a way of writing is also to leave behind a way of being, a past, a history—but it was also liberating. Beyond this work with the language itself, which is always a bit subconscious, American Delirium began with the city of Pittsburgh as its inspirational backdrop. It’s a beautiful city, very gothic, with its dilapidated mansions, a past steeped in wealth and a not-so-wealthy present, with so many people living in the street. I wanted to write about that, about the real USA, about the American dream and the people who are excluded from it and end up instead in a kind of hallucination, delirium, or nightmare. I connected that idea with another one that interests me a lot, the fascination with getting back to nature, which is a very American thing, from Thoreau and Emerson to movies like Into the Wild. I’ve always been interested in how nature is valued but also romanticized in the United States, and how that idea of going back to nature is almost always individual, even individualistic. I thought about what that dream of returning to the woods, of returning to a state of innocence, would be like if it were collective. Inevitably, that tied in to the idea of a cult or sect and to the cultural history of the United States—the hippies, the sixties, the drugs. That all started finding its way into the novel, which is both utopian and dystopian and takes place in a fictional city increasingly removed from my own city of Pittsburgh. I decided that I wanted to tell the story along three lines, to have three different viewpoints: an immigrant, who can look at this culture from outside, an American lady—a former hippie with a sense of humor about her own culture—and a little girl. The girl, Berenice, is the most exciting and the most touching storyline, the one that allows us to question the adult world, an impoverished world we’re leaving to the generations to come.

HC: It was an absolute delight! But I guess we’re looking for something more specific, so… What you say about denaturalizing language and the kind of kaleidoscopic gaze you’re able to construct through these three storylines are definitely the first things that come to mind when I think about the translation. It was such a pleasure to find the pitch of each; Beryl—the former hippie—has a strident voice full of humor and pain, but the other two storylines are told in the third person with only subtle variations in tone and register between them. One of the ways I established an identity for each, actually, has to do with what you say about your treatment of Spanish, above—as you’ve said elsewhere, the shift in your relationship to Argentinian Spanish happened while you were living in Texas and Pennsylvania, both through your contact with English, and through your contact with Spanish as it is spoken in Mexico, Peru, the Caribbean, and other places. Because Vik is from an invented Caribbean island that was a colony not only of Spain, but also of England, we decided to let its English colonial history inflect the language of the translation in a way that echoed the gesture of the original. (Which in turn raised a whole set of interesting questions around how marked the use of different regionalisms would be for a reader of Spanish versus a reader of English; where the tipping point is between subtle and heavy-handed in this new cultural and linguistic context.)

While I’m on the topic of continuities, do you see a connection between American Delirium and what you wrote before it, or what’s of interest to you now?

BG: For me, this novel is really a turning point, there’s a before and an after; the two books that came before it seem like they were written by someone else. It took me nine years to write American Delirium, and I had many moments of doubt. In one of those moments, I wrote Las poseídas. That book freed me, it allowed me to write American Delirium because both distance themselves from realism, both are ambitious and use language that isn’t particularly Argentinian, and both play with genre—the gothic novel in one case, and the dystopian novel, in the other.

When it comes to American Delirium and what I’ve written after it, though, the connection is very clear. My collection of stories, El amor es una catástrofe natural, contains stories that take place in a strange, distorted version of the U.S. and others are set in Argentina, but it’s a strange, distorted version of Argentina, too. One of the stories that take place in the U.S. is called “La preciosa salvaje” and it was another one of the experiments that helped me understand how to write American Delirium, that is, I wrote it at the same time I was writing the novel. It’s about a young girl who grows up feral and later, as an adult, is worshipped by a cult; there are toad lickers, references to Charles Manson, there are many elements that connect the story to American Delirium, though it’s written in a different key. That story, for example, allowed me to invent the hallucinogenic flower that appears in the novel, albaria. The themes of nature, of wanting to be like animals, of forgetting about our mortality, all appear in that collection of stories. The human-animal relation interests me deeply and it appears again in my next novel, which comes out this year, Olimpia, which is about a scientist who conducts fear conditioning experiments on animals. I think of these three books as a kind of trilogy about Anima Mundi, the intrinsic connection between all living things on the planet. In Olimpia, the planet’s soul is practically visible; it’s my attempt at a return to tenderness, an emotion that humans seem to have lost touch with, and which contemporary literature, I’m not sure why, seems to have pushed aside. There’s more space for criticism, for cynicism, but for me, tenderness is a different and necessary way of seeing the world, of seeing ourselves for what we really are, of relativizing our place on the planet. Animals, I think, help us regain that perspective.

HC: Speaking of the literary landscape, what are you reading now?

BG: Lots from the 19th Century, I’m addicted to that moment in literature. I never leave it altogether, many of the most interesting political questions for the West begin with Romanticism. Right now, I’m very immersed in the world of Vernon Lee and other turn-of-the-century writers. I love what she does with horror and fantasy. These readings tie in to Olimpia in the sense that it is a novel about science and the figure of the scientist appears throughout 19th-century literature, from Frankenstein to Dr. Jekyll through the Decadents—and also because I try to take the novel in a supernatural, almost fantastic, direction. From Argentina, I just read the latest novel by Mariana Dimopulos, a writer I like a lot. And you?

HC: Well, I just finished the first draft of Brenda Lozano’s Brujas—another novel written in distinct narrative voices, a stylistic choice I really enjoy translating—so I’ve been spending a lot of time with that text, and reading around it. But I’ve also been having my mind blown by Undrowned, which draws political and philosophical lessons from the practices of marine mammals, by the poet and scholar Alexis Pauline Gumbs. Before that, it was Mugre rosa by Fernanda Trías, which come to think of it related to American Delirium and Undrowned in that it examines the very porous boundary between humans and the natural world, or what Gumbs calls “the sad farce of human dominion.” I think you’d like them both, actually, for different reasons. And, of course, I absolutely can’t wait to read Olimpia.

American Delirium, by Betina González and translated by Heather Cleary, is now available via Henry Holt. 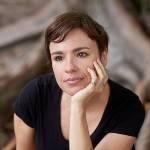 The old keys of a piano, the pedal like a mark / sinking the ends of what would seem to be the final note. / The cues are in the…

by Gisela Heffes
Ischia is a portrait of an unnamed narrator who, along with her friends, wanders through the margins of different cities, especially Buenos Aires, searching for something that they don’t know and…