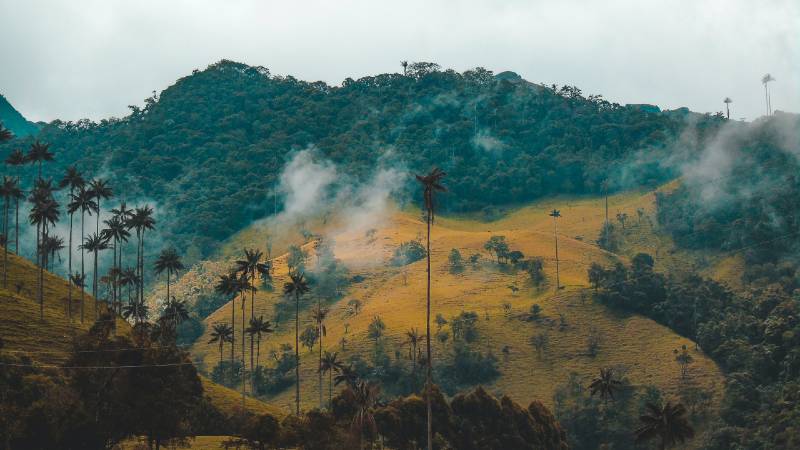 To the prophet Gonzalo,
wherever he may be.

You’ll get what’s coming to you, Felicidad Mosquera, when they turn up armed with blades, barking out where’s he hiding, just to get you to confess. They’ll prod you. They’ll force you to betray him ’cause if you don’t we’ll snatch your old folks, like they did to your chum Cleta two days ago, or they’ll burn your hands in the fire like they did to Calixto Peñalosa, or they’ll slash open your belly after all of ’em have used your body. That’s how it’ll go down, Felicidad. You can bet on it. Had you fled with him, you wouldn’t have to endure this. You wouldn’t be scrambling about, crying and wailing, searching for anything that might do as a weapon and barricading the door with a few bits of furniture, had you thought of something to say that night, when Sebastián Martínez’s dogs began to howl as if they’d seen the devil and you found him there, standing ever so still, his leather gaiters in shreds and his white shirt seeped in blood. You’d have done better to come up with some pretence, anything that got him to answer goodnight and sent him back to where he’d come from, but curse your luck, it didn’t happen that way. Too damned bad. Without trading words you bid him step inside, pulled up a chair, he let himself fall heavy as lead, and then you spotted the other wound on his forehead, I’m tired, is all he muttered, and then he crashed onto the floor like a buckling horse. What got into you, Felicidad Mosquera? What ill-fated star beguiled you like that, what evil wind blew directly into your heart to blaze it up that way, to blind you? ’Cause you were rightly blinded. Those chills you felt, when you gazed at his features and acknowledged that he was beautiful. That you liked his dark moustache. The nervous hurry with which you set the pot to boil and prepared the herb plasters—it wasn’t your usual haste. You’ve always been cool-headed. A watchful heart. Vigilant. You’ve never fallen head over heels for anybody. What happened to you, clue me in. What the hell came over you when instead of driving him away, once he felt better and began going on walks at night, collecting wood for you, offering to husk the corn, to fetch water— when instead of saying O.K., farewell, you claimed that it wasn’t any bother, of course not, that he should stay a few more days. What the fuck happened. I can’t make any sense of it. Felicidad Mosquera, I hardly recognize you. I never thought one could change so quickly, switch from black to white like you did, just so: from one day to the next. Every time he set his blue eyes on yours, you were seized by a tremor, and you stuttered, child-like, when he asked for a pinch of salt and then grazed you with his fingers as you placed it in his hand, for in those moments everything inside you came undone, changed flows, you just lost it, so how’s it fucking possible you didn’t even catch on? To place salt in someone else’s hand is an ominous thing. It brings bad luck. Ill fate. And what about that day, when instead of letting him get a breath of air on his own, you got all flustered when he offered let’s take a turn and when you crossed the bridge he took hold of your waist—’cause it’s wobbly, was his excuse—, but you very well felt how that warmth emanating from his touch started spilling in, scorching, aching, for it was a cry that voiced what dwelt inside you. A deep moan. They’re coming, Felicidad Mosquera. They’ll come screaming that they know all about it. Rousing up the house and kicking down doors, like they did to Prospero Montoya’s wife, who they ditched in a wash basin with her belly gashed open and the baby still inside. They won’t give you the chance to take flight. When they arrive suddenly like that, they’re ready to end you. Ready to disappear you without a trace. They’ll claim they know all about him to get you to fall for their ruse. But only you and the Lord were witness. The only witnesses to that encounter in the tall grass, on the river banks, between the layers of scent. Who else but you can swear to that ecstasy, his member that sought your insides as it traced your boundaries and turned you into a current, into furtive light, into sea, who else but you could know of the cadence of your feverish hips, of your hands searching for him, reaching for the thighs which pressed softly against your entrance to life. Who but you heard his groan? His tender exploration. His long and unremitting orgasm while you sunk into the stillness of luscious flesh, into a rapid throb that hastened the pulse of your muscles and in the end slackened, delivering a body-wide contraction, an inner howl which surfaced towards you like a flood. And who could be the judge of you, Felicidad Mosquera, when only the Lord and you can swear to its truth. No one will dare. Let them search your very innards, hack you to bits with their blades, pierce your senses, penetrate your very soul, seeing as they won’t find a thing. Not a single strand. So drop the barricade. Cast away your fears. Don’t curse no more ’cause he’s far off and all that really matters is that he save himself so that he carry on fighting. You won’t breathe a word. Not even if they set your shanty alight, shove in their pricks or bottles, do the same things they did to the others to break you down, stay firm goddammit, Felicidad Mosquera, don’t scream or cry. Open the door yourself. Stand upright in the doorway. Hold their stare.

Daniel Steele Rodríguez (1991-) is a bilingual speaker of English and Spanish. He was born and raised in Spain, but spent his adolescent and college years in California. He graduated from UC Berkeley with a bachelor’s degree in Spanish Literature, and currently lives in London, where he continues to write and translate short stories. In 2018 he won a local short story contest in Santander, Spain, the Premio José Hierro, and in 2019 he obtained first prize in the Spanish category of the Energheia awards in Matera, Italy. 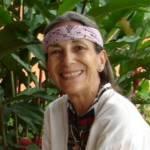 Albalucía Ángel Marulanda (1939- ) is a celebrated author in Colombia, where her writing is considered vitally important as a historic testimony of one of the nation’s most violent periods, La Violencia (1948-1958). Her works embody a feminist perspective and wrestle with topics such as women’s rights and Colombian history. Her most recognized novel, Estaba la pájara pinta sentada en el verde limón, was awarded the prize Vivencias de Cali (1975). Her texts are recognized for their capacity to evoke traditional Colombian culture and for emphasizing the perspectives of underrepresented actors in society. Ángel has used her voice to support other Latin American women writers and to advocate for women’s rights. In 2006, the Third Conference on Colombian Writers was dedicated to her work and historical contributions in challenging gender stereotypes.

Daniel Steele Rodríguez (1991-) is a bilingual speaker of English and Spanish. He was born and raised in Spain, but spent his adolescent and college years in California. He graduated from UC Berkeley with a bachelor’s degree in Spanish Literature, and currently lives in London, where he continues to write and translate short stories. In 2018 he won a local short story contest in Santander, Spain, the Premio José Hierro, and in 2019 he obtained first prize in the Spanish category of the Energheia awards in Matera, Italy.