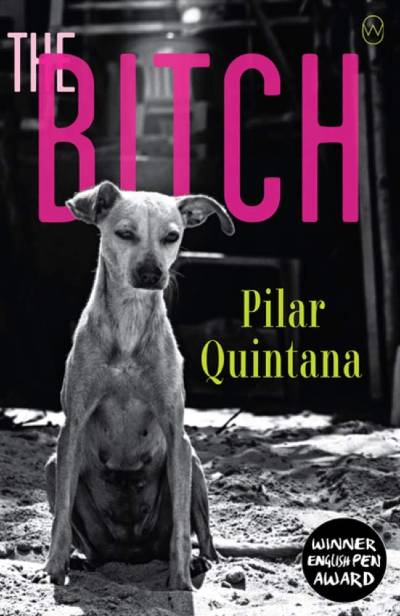 “The Bitch is a novel of true violence. Artist that she is, Pilar Quintana uncovers wounds we didn’t know we had, shows us their beauty, and then throws a handful of salt into them.”
-Yuri Herrera, author of Signs Preceding the End of the World

“Pilar Quintana weaves human nature and the chaos of the universe together with extraordinary mastery. This is a novel full of mysteries about unfulfilled desire, guilt, and the places where love still exists.”
-Gabriela Alemán, author of Poso Wells

“A raw yet beautiful story about maternity and the jungle.”
-HAY Festival

“The world of The Bitch is heartbreakingly true, it’s there, closer than we think, and yet remains invisible.”
-El País

“Pilar Quintana has created a psychological tale that sweeps and drags us like the waves of the sea.”
-El Tiempo

“To narrate the baroque jungle and American sea with such sobriety is a great triumph.”
-Semana

“The Bitch is far from simple in its brevity, communicating an inner universe that readers can easily identify with, by having experienced similar circumstances, reliving childhood, or relating to the portrayal of the landscape and those who inhabit it. This novel is a little gem that reminds me, in its intensity and fluidity, of The Old Man and the Sea by Hemingway, or The Pearl by Steinbeck.”
-El Nuevo Día

“A profound and moving drama about life and destiny.”
-WMagazín

“The Bitch is a meticulous novel, lugubrious and disquieting as the jungle, and as stifling as the sky described in the book, about to explode.”
-Melba Escobar, author

“A tale narrated with skill and a steady hand.”
-El Espectador

“I found her there this morning, paws up,” said Doña Elodia pointing to the spot on the beach where trash brought in or churned up by the sea collected: branches, plastic bags, bottles.

“Up in the cemetery?”

“No, right here on the beach.”

Plenty of town dogs died by poison. Some people said folks killed them on purpose but Damaris couldn’t believe anybody would do such a thing and thought they ate the rat bait people put out by mistake, or maybe they actually ate the rats, which would be easy to catch after they were poisoned.

Doña Elodia just nodded. She’d had that old girl a long time, a black dog that spent all day lying around Doña Elodia’s beach restaurant and following her everywhere: to church, her daughter-in-law’s, the store, the pier … She must have been very sad but it didn’t show. Setting down one puppy―which she’d just fed with a syringe that she filled from a cup of milk―Doña Elodia picked up another. There were ten in all, and so tiny their eyes hadn’t even opened.

“Born six days ago,” she said. “They’re not going to survive.”

Doña Elodia had been old for as long as Damaris could remember, wore thick-lens glasses that made her eyes look buggy, and was fat from the waist down. A woman of few words who moved slow and kept her cool even on the busiest days at the restaurant, when drunks and kids were charging around the outdoor tables. You could tell she was anxious now, though.

“Why don’t you give them away?” asked Damaris.

“Somebody took one, but nobody wants pups this young.”

Since it was low season, the restaurant had no tables set out on the sand, no music, no tourists, nothing; just empty space that looked enormous, and Doña Elodia on a bench with ten puppies in a cardboard box. Damaris looked them over carefully and made her choice.

Doña Elodia set the puppy she’d just fed back in the box, picked up the one Damaris had pointed to—gray fur, floppy ears—and looked behind it. 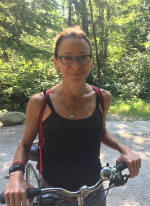 by Abel Posse
When Betimes Books approached me about translating Vivir Venecia, a memoir by Argentine Abel Posse, I eagerly accepted, in large part because Posse’s life paralleled in many ways Pitol’s, whose…