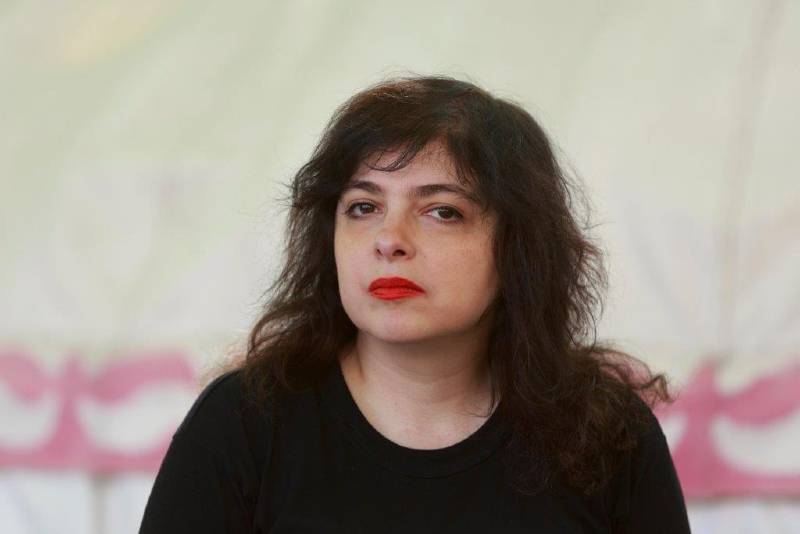 The Exorcisms of Mariana Enriquez

I first came across Argentine writer Mariana Enriquez (Buenos Aires, 1973) in La joven guardia [The young guard], an anthology published in Buenos Aires in 2005 that brought together writers born after 1970,children of the economic and political catastrophe of December 2001. There I read “El aljibe” [The cistern], an atmospheric, disturbing story centered on a cursed family and two sisters united by a mystery. Later, I read her again in another anthology—Una terraza propia: Nuevas narradoras argentinas [A terrace of one’s own: new Argentine women fiction writers] (2006)— a book which anticipated  what was to come in twenty-first century women’s writing. Another story by Enriquez  was included, “Ni cumpleaños ni bautismos” [Neither birthdays nor baptisms], this one disturbing for different reasons. In the context of chat sessions and videos, two young characters searched  for strong emotions, emotions they would find in Marcela, an “inhabited” or hallucinating girl. Both pieces are included in Los peligros de fumar en la cama [The dangers of smoking in bed] (2009), Enriquez’s first short story collection. Before this, she had published two novels: Bajar es lo peor [Coming down is the worst] (1995), written at the age of nineteen, published at twenty-two, and transformed into a cult book, and Cómo desaparecer completamente [How to disappear completely] (2004). The writers included in Una terraza propia: Nuevas narradoras argentinas were asked to choose a book, a song, and a word as a colophon to their stories. What were Mariana’s answers? Wuthering Heights by Emily Bronte, “The Ship Song” by Nick Cave & The Bad Seeds, and “fumar,” “to smoke.” Somehow, these responses synthesize what she seeks to achieve in her writing.

With the publication of her second book of short stories, Things We Lost in the Fire (2016), by Anagrama, Enriquez leapt into the media spotlight. We should note two things. In the first place, between the two short story books,  (2009-2016), Enriquez published a collection of her chronicles of visits to cemeteries (Alguien camina sobre mi tumba: Mis viajes a cementerios [Somebody walks on my grave: my trips to cemeteries], 2013) and a biography of Silvina Ocampo (La hermana menor: Un retrato de Silvina Ocampo [The younger sister: a portrait of Silvina Ocampo, 2014). At the same time, she was also writing for the cultural supplement Radar of the Buenos Aires newspaper Página/12, of which she is now deputy director. This is to say, in Enriquez writing cannot be reduced only to fiction, and this deserves to be considered with pause. In the second place, the fact that a high-circulation transnational press would take a chance on a writer unknown outside of Argentina and publish a book of short stories (a genre that, as we know, enjoys literary prestige but not commercial favor) represented an important wager. This wager went well: Things We Lost in the Fire was translated almost immediately by Megan McDowell, with an English edition published in 2018, and her  latest work, the almost seven-hundred page novel Nuestra parte de noche [Our share of night], was awarded Anagrama’s Herralde Prize. Meanwhile, in 2017, her novel Éste es el mar [This is the sea] was published by another mega-press, Random House Mondadori, but without the impact or circulation of her most recent work.

With this dossier prepared for Latin American Literature Today, we invite readers to get to know one of the most relevant writers of recent Argentine and Latin American literature. Our goal is to offer our readers entrance and exit doors to Enriquez’s work. In “The Gothic Feminism of Mariana Enriquez,” Ana Gallego Cuiñas builds upon a rather unusual phenomenon: the interest that this Argentine writer’s work has aroused, in the academy as well as the reading public. She explains that “her stories of monsters, ghosts, witches, sick people, and crazed women leave the reader with no escape route, as if they were mirrors, warped and out of focus, that show the invisible Other in their reflection, just as they illuminate our most sadistic and repressed side.” Enriquez thereby concocts what this critic calls a “gothic feminism,” situated within a global gothic that stands out as one of the salient traits of our present-day culture. Enriquez’s variant represents “the empowerment of women, building upon the sinister, as a process of subjectivization” in which “the disturbing is within subjects, within ideology … and within bodies divided and marked by social class, ethnicity, and gender.” For this reason, in the door that Gallego Cuiñas opens on Enriquez, the deconstruction of the normative through literary horror makes her texts necessary for our age. For my part, in “Building Mariana Enriquez: Ten Theses,” I analyze her two books of short stories, recognizing that her chronicles, biography, and journalistic texts also deserve attention. Acknowledging the incursion into the gothic that the author herself verifies in interviews, my entryway into Enriquez’s world looks out over fear and bodies, elements that are combined with  her phrasing, her predilection for popular myths, and the protagonism of young people to define a style and a subject matter based upon a “disappearance matrix.” In the end, I propose a task that remains to be completed: pinning down the coordinates of a possible “feminine/feminist (?) fantastic, gothic, horror, or weird fiction.” Marcelo Rioseco, in “Nuestra parte de noche: Reading Mariana Enriquez and the Problems of the Political,” points out that this author has been read either through the political-feminist prism (by scholars coming from academia) or through the prism of the horror genre (by most cultural critics and journalists). Turning to her latest and most ambitious novel, Rioseco believes “it is worthwhile at least to think of politics as a problem for the imagination within the literature of the third world.” Nuestra parte de noche, in this sense, “inaugurates a genre that didn’t exist before, and lays as the first brick a monstrous book, almost seven hundred pages long.” In this way it resembles The Savage Detectives, in that it wagers on the uncertain. Enriquez knows the gothic like the back of her hand, but the originality of her work lies not there, but rather in having constructed “a solid fiction, plausible in its conventions.” The dossier concludes with Arthur Dixon’s interview of Enriquez, in which the Argentine writer recalls her beginnings as a writer, explains the “unforgettable” condition of a good short story in comparison to the “immersion” of the novel, speaks about the ways in which political violence makes itself present in Latin American fiction, and explains what it means to write “Latin American horror.”

“Come sail your ships around me / And burn your bridges down. / We make a little history baby / Every time you come around / Come loose your dogs upon me / And let your hair hang down. / You are a little mystery to me / Every time you come around,” say the first lines of Nick Cave’s song. In this release of moorings, this lighting of fires, this preservation of mystery, Mariana Enriquez concocts her own literary story.

Sarah Booker: Translation is like "Trying to Remember a Dream": A Conversation with Denise Kripper

From Sevilla, where she is working as a visiting lecturer in the Department of English and North American Literature, Sarah Booker tells us about her latest translation project, Mexican writer…

A History of Some Prizes

On July 24, I was informed that an international jury had awarded me the Juan Rulfo Prize for Latin American and Caribbean Literature. It would be difficult for me to…