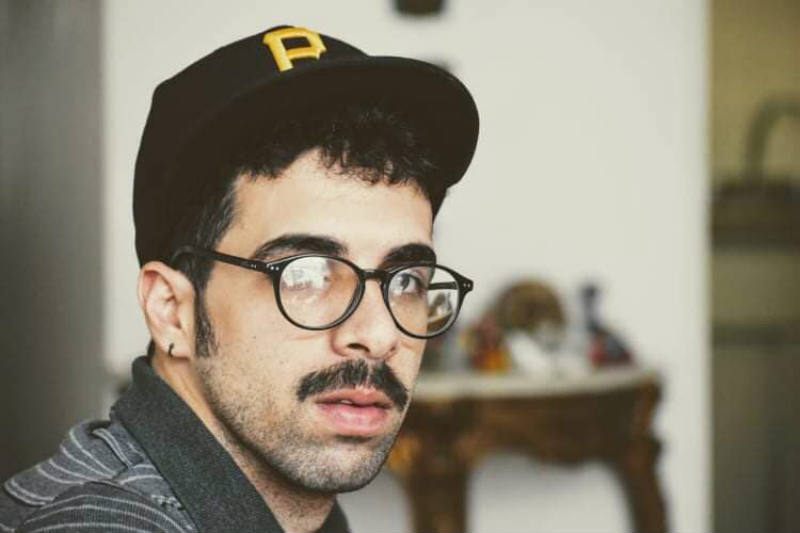 “In Cuba, the one being cheated on is the true cheater”: An Interview with Cuban Writer Carlos Manuel Álvarez

George Henson: Do you go by Carlos or Carlos Manuel? In other words, what do you like for people to call you?

Carlos Manuel Álvarez: It doesn’t matter. I have a line by César Vallejo tattooed on my right forearm that says, “Who isn’t called Carlos or any other thing?” A short time before, Odysseus said to Polyphemus, “Nobody is my name. My father and mother call me Nobody, as do all the others who are my companions.” If you look closely, they are exactly the same line.

G.H.: How do you identify yourself? Are you a journalist or narrator, or does that distinction even matter to you?

C.M.A.: It seems that I am both one and the other, but all that is because I was never what I truly wanted to be; I wanted to write poetry and become a poet. If I do say so myself, only the best readers of poetry realize something like that, people who consent through their silence.

G.H.: In one article, you rated journalism as “one of the professions that has suffered most in Cuba.” Can you elaborate a bit?

C.M.A.: Journalism has turned into propaganda, and I believe that even silence itself is a practice closer to journalism than propaganda. It’s like how parents used to force their left-handed children to write with their right hand.

G.H.: You are on the Bogotá39 list. How did that happen? What has it meant for you personally and professionally?

C.M.A.: It has made my books spread faster than they would have if I had not been on that list. Also, it has given me a group of key intimate friends. Not all of them, naturally, but about seven or eight, which is plenty. Those are very good things. However, there are 39 of us. For a list, it’s perfect; a list can be as long as its creator wants, but only three or four will stand out. The rest us get flushed down the drain.

G.H.: Do you think there is enough similarity, regardless of language and geography, to speak of a Latin American literature?

C.M.A.: I think there are enough differences, with regards to language and geography, to speak of a Latin American literature.

G.H.: You are the founder of El Estornudo [The Sneeze], a digital magazine with the subtitle “alergias crónicas” [chronic allergies]. Talk to us about this publication and, naturally, the subtitle.

C.M.A.: It is a Cuban magazine that, precisely, tries to publish crónicas that correspond with the idea of crónica [chronic] that I gave you a few questions above. We publish, in general, long-format pieces that take time to cover, write, and, also, read.

G.H.: When we saw each other in Havana, I asked you where you were living, and you told me that you have an apartment in Mexico but return to Cuba often. Do you see a future in which you return to Cuba to live full time?

C.M.A.: I spent the last year and a half living nowhere, moving from one place to another, and, right now, settling down between Mexico City and Havana excites me greatly, or at least more than most things are able to excite me. This is because there are very specific topics that I want to write about, and I am basically beholden to my writing. On the other side of things, I don’t see any future, dear George. Not full or part time. What I do always see is the past before me.

G.H.: Talk to us a bit about your first novel, Los caídos [The Fallen].

C.M.A.: It is a story about a Cuban family from the countryside that is in a slump and whose members, within this context, want to give each other love, but they give each other something else instead because poverty is a scourge that alters the course of fate or the purpose of the arrows shooting through that atmosphere. This family is poor, or has been poor, or on its haunches bears the spiritual brand of poverty.

G.H.: You told me that Frank Wynne is going to translate the book for Fitzcarraldo and Graywolf. What does it mean to you to be translated?

C.M.A.: It gave me so much joy when I found out that The Fallen would be translated that I started to cry. I don’t know why. But that joy only lasted about 48 hours. I would have liked to stretch it out some more, but I couldn’t. I can’t write or have something translated every 48 hours, so there is a sort of tragic gap between the length of my happiness and the time it takes to produce literature. That’s what it means for the time being. Let’s wait until the book is published to see how it goes.

C.M.A.: I can’t be involved at any level because I don’t know English. I did read, however, Wynne’s sharp and meticulous reading report, and I’ve trusted readers like him all my life.

G.H.: We talked about translation in Havana, and I mentioned my “philosophy,” so to speak, to you: the importance of being “faithful” to the style and voice of the author as well as the importance of understanding the culture and dialect-specific language of the author. In your case, what are the greatest challenges for your translator?

C.M.A.: I don’t know, maybe differentiating the tone of the four voices that make up The Fallen. It’s not a complicated novel.

G.H.: You were awarded a writing residency in Madrid. What is it? What do you plan on writing there?

C.M.A.: I will write something that begins in Mexico City, then goes off to Europe, and later travels to Havana and Miami. It has 200 pages, for now. But it could have a good deal more. It is a novel that necessarily has to be written with patience, a state that, until now, I was unfamiliar with.

G.H.: We spoke in Havana about Sergio Pitol, an author whom I have translated, particularly about his book The Journey, a title that, to me, is a perfect metaphor, not only for his life but also for his work. I’m mentioning it again because I see a bit of Pitol in you and your work. To what point do you feel that reading and travel, which abundantly influenced Pitol’s work, influence your own?

C.M.A: Travel is a variable that came much after reading, and evidently my readings have been insufficient. Pitol is a cultured traveler, extremely cultured, who always knows where he is going. I don’t know anything, or I know little, but I have also wanted to take advantage of the places that I have visited, and I am trying to invent for myself a poetics of ignorance and pride; for example, I’ll arrive in Venice, and I don’t have to deserve Venice, but rather Venice has to deserve me. The novel that I’m going to write in Madrid will be like that. What I do share with Pitol is the compulsive need to express myself in words, unfamiliar with that sensation that Pierre Michon speaks of when he says, “The evening trains are so beautiful when one is rid of the burden of having to speak about them.”

Narrating late totalitarianism, which is the kind I have experienced, not as the parable of the absolute destruction of individualism but, on the contrary, as the process in which the individual acquires antibodies and cheats on Big Brother. They don’t love him; they pretend that they love him, and they two-time him. But they serve Big Brother, because he not only knows that he has been cheated on, but he has also sought it out, to create this kind of lying, sneaky individual who moves like a self-adulterer and whose antibody is merely another expression of his sickness. In totalitarianism, finally, there is no infidelity that is not already inside of marriage.

The question, then, is this: What’s next for Cuba: divorce or reconciliation? Or will the cheating continue?

C.M.A.: What continues is the pretending, because, in Cuba, the one being cheated on is the true cheater, once he makes us believe that we owe him some kind of fidelity.

Cuban writer Carlos Manuel Álvarez is the author of three books: the short-story collection La tarde de los sucesos definitivos (2014); the collection of chronicles La tribu: retratos de Cuba (2017); and, most recently, the novel Los caídos (forthcoming in English translation by Frank Wynne for Fitzcarraldo Editions). His articles and chronicles have appeared in The New York Times, El Malpensante, Letras Libres, Gatopardo, La Nación, Clarín, Huffington Post México, GQ, and Vice. In 2017 he was named to the Bogotá39, a list of the Latin America’s 39 most promising writers under 40. He is cofounder of the online magazine El Estornudo. 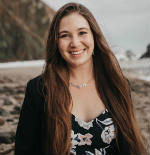 Vanessa Curless is a freelance translator. She holds an MA in Spanish translation from the Middlebury Institute of International Studies in Monterey. He translation, “Violeta Parra: Ahead of Her Time,” appeared in the November 2018 issue of Latin American Literature Today.

We are living in times of change and uncertainty. In recent months, the entire planet has appeared to be shaken by violent political and cultural transformations, not all of them…