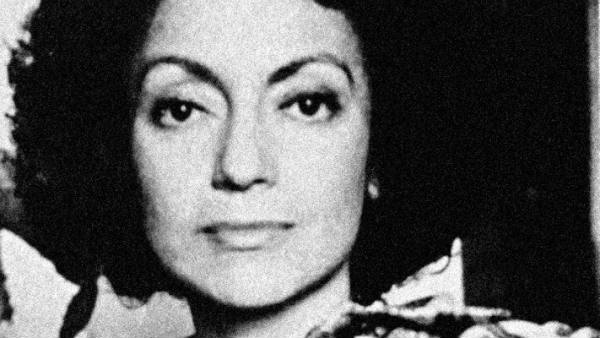 At the meeting of the strange Sect of Flash Fiction Writers, we listened to each other with enough suspension of disbelief—to use the curious quote from Coleridge—but also with the necessary contact with reality to enrich our exchange.

It all happened at the conference in Neuchâtel when David Roas read his tiny tale about a succession of hotel rooms numbered 201 that, as luck would have it, he had stayed in on a trip to northern Spain. I felt implicated: 201 was my room number in that very Neuchâtel hotel.

I opened myself up to the mystery proposed by David’s very tiny tale with a somewhat ironic smile, like someone who was watching a game and did not even suspect that it was no game at all: It was a net in which, like David, I would very soon find myself entangled.

2. A Rational Explanation for an Unbelievable Fact

On a working trip through Italy and after it happened for the third terrifying time, I understood that it was not a mere coincidence. No. And I began to unravel the mystery.

Due to rigid municipal restrictions and because of the constant flow of tourists in the old hotels of Europe, a super secret solution has gone into effect. In each hotel there is now a room, number 201, that could be called “multiuse” or even better “multilayered.”

The unsuspecting tourist arrives, either alone or with a partner, and checks in as expected. On the spot, he is given the magnetic keycard in a little envelope that says “201.”

Second floor, they tell him. And the tourist takes the elevator, or the stairs, whichever, but in the act of sliding the keycard into the slot on the door, the magnetism of the super secret system transports him—inadvertently—from the customary and familiar three dimensional world to another X dimensional one.

With a different number of dimensions in each case, the unsuspecting tourist goes into the overpopulated room and finds himself alone, or with whoever accompanies him on the trip, and all is in order. When he orders room service, there’s a knock on what he thinks is his door, and he gets what he has ordered. Never a complaint, never a glitch in the system. In the morning when the numerous guests from room 201 are having breakfast at the hotel dining room, they courteously greet each other with a slight nod of the head, without knowing that they’ve all slept together in the same bed.

Such a promiscuous room 201 generates certain confusion. For example, the concierge just called to ask if I had left.

No, I’m still here, I answered (It was blatantly obvious since I answered the phone). I’ll be leaving soon, and I’ll be down to check out, I added. Although, in all sincerity, I fear I won’t leave through the same lobby I entered, and the concierge who greeted me when I checked in will call again to ask if I’ve left. The answer will be affirmative, but I won’t be there to tell him.

I was running behind in Verona; so I called the little hotel in Siena to let them know I would arrive late and ask them to hold my reservation. Your reservation has already been cancelled, they told me, and we only have one room left. It has some damp spots on the ceiling. If that doesn’t bother you, then we can change you to another room tomorrow. I agreed. I was worn out, and it wasn’t a question of needing luxury. When they gave me the huge antique key with one of those heavy keychains that looked more like a doorknob, I felt calmer, even though it was, yes, for room 201. Astonishingly, it was on the ground floor.

The stains on the ceiling should have tipped me off. In certain very old hotels there can be leaks, and in such cases it seems that some lesser objects can make it through the layers of the dimensions. The same thing happened in the Neuchâtel hotel when, on the second day, I found a man’s sock that wasn’t there before. Now in the Siena hotel, the paper I’m writing on is beginning to disapp

Unaware of the big secret about rooms 201, the poor fellow began to worry. That’s why he rented the wheelchair. He rented it for twenty-four hours claiming that he only needed it to move his grandfather to the old-folks home. Only twenty-four hours. Anyway, if he’s able to bring his grandfather back, he’ll return it tomorrow, and if not…. Who’d go looking for him to collect payment? And where?

Now, he was back in the same room 201 where he had spent the last three days with his grandfather. Anxiety was eating him alive.

The room has a handicapped equipped bathroom. It’s what he needed, with his paralytic Nonno in his own wheelchair. But Nonno is no longer there. The bathroom is there, identical, undisturbed, with the elevated toilet, the grab bars to steady oneself, the shower without an edge, and the wide door without a threshold but with those strange security keys like those on entry doors of big modern buildings. And this is what’s astonishing: The keys hang on the outside of the bathroom door. This really got his attention, and when he made a remark on the subject to the nice gentleman whom he’d chatted with at breakfast, the gentleman spread the rumor. Simple gossip, he told him. But the fellow got the idea to run a test, and he closed the door and locked it with the key on the outside leaving his grandfather alone inside the bathroom. Nonno never yelled to get him out of there, as was his custom. Complete silence. About a half-hour passed, and the fellow began to worry. He called out to Nonno but got no answer. After a while, he decided to turn the keys and go in. The gossip was true: His grandfather was no longer there. No trace of him, or his wheelchair, not even his defecations. Nothing. As if he had never been in the bathroom at all.

At first the fellow was relieved: He was tired of being a slave to Nonno. The gentleman at the hotel told him that the old man would be better off in the other dimension, with others like him, and he would be cared for in the most wonderful way. But still, the fellow began to get worried. Either because Nonno might be feeling bad and return to reprimand him, or that one day they’d try to charge Nonno for his lodging on the other side, or something to that effect.

That’s why he rented the new wheelchair with his plan already in place: He would sit in it, roll into the bathroom, close the door, and look for a way to turn the keys from the other side of the door with some tweezers. Then he would see if he could bring everything back: The rented wheelchair, Nonno with his own wheelchair, and even his excretions.

In the city of motor scooters, and after risking my physical integrity when facing the stampede, in the Hanoi Garden Hotel I chose, yes, I chose to stay in room 201. They let me choose it or 301, one floor up. Of course I fell into the trap. I took a picture of the magnetic key card and sent it to my colleagues who in Spain and Argentina had gotten hooked on this series, and I began to feel slightly nauseated. Sandra Bianchi responded to me with the word “curse.” “A curious curse,” she wrote back with a click. She couldn’t imagine how much of a curse it would be. It was the worst night of my life: my stomach churning, my head about to explode, poisoned for having revealed the secret of the multilayered 201s. What a cruel vengeance!

The hotel in the old Candelaria neighborhood of Bogotá far from met expectations. A colonial home with beautiful wooden balconies on the outside, but on the inside, all of the windows were boarded up. It’s for security was the excuse the bellhop gave me as he ushered me up the stairs with my suitcase.

The first room I saw seemed extremely claustrophobic. I rejected it. I asked to see more. I settled for the one at the end of the hall because it had a slightly small, narrow window from which you could see a little square of sky. That night I slept like a rock. The next morning, when I passed by the first room in the hallway, the one I had rejected, I looked at the closed door. Did it surprise me to see it was 201?

No, it didn’t surprise me, but I was grateful I trusted my gut.

Luisa Valenzuela (Argentina) is a fiction and short story writer. She was born in Buenos Aires, Argentina, where she currently lives. She has published thirty books; among the most recent are the novels El Mañana (Buenos Aires, 2010), Cuidado con el tigre (Buenos Aires, 2011), and La máscara sarda, el profundo secreto de Perón. Her text Novela negra con Argentinos was re-published by Fondo de Cultura Económica in 2016. Her published short story collections include Cambio de armas y otros cuentos políticos(Buenos Aires, 2015). Among her published essays are Cortázar-Fuentes, Entrecruzamientos, (Alfaguara, 2014); El Entusiasmo, Lección de Arte (Fineo, Mexico, 2014); and Diario de máscaras (Capital Intelectual, 2015). She has won numerous prizes and grants and been widely translated into various languages, and her stories and essays have been included in countless international anthologies. She is also a Doctora Honoris Causa at Knox College, Illinois, a member of the American Academy of Arts and Sciences, Ciudadana Ilustre of the City of Buenos Aires, and President of the Argentine PEN Center. 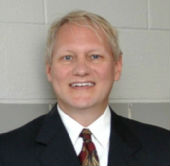 Grady C. Wray is an associate professor of Latin American literature and Spanish at the University of Oklahoma. His major investigatory focus concerns Sor Juana Inés de la Cruz and other early-modern Hispanic women writers. Recently he has taken on several translation projects of contemporary poetry and fiction.

Victoria de Stefano: A Presence that Leaves a Work Waiting

Convinced that what is relevant hides within generalities, the twentieth-century author would have begun with some organic version of the corner. Two streets drawing a T: the narrow Avenida Principal…

From I Don't Expect Anyone to Believe Me

“I don’t expect anyone to believe me,” warns the narrator of this novel, a Mexican student called Juan Pablo Villalobos. He is about to fly to Barcelona on a scholarship…