Melchor had never seen snow. On hot afternoons in Veracruz, his mother told him about it. She promised him that one day they would go north to visit his grandparents, who had told her how beautiful the snowfall was, the magic of the cold and white: “My boy, everything is covered in white, the bare trees, the roofs of the houses, the streets. Yes, my boy, like in postcards, well, even more beautiful because you can touch it.” Then Melchor could see the promise of cold in Sara’s eyes and feel in her arms the warmth that would protect him those frosty days. Dreaming of the Christmas landscape and the cold of Chihuahua, he slept bathed in the scent of the night-blooming jasmine and the sea breeze redolent with the smell of banana trees, mango and papaya orchards into a house very different from the one where he lives today.

Now he’s five years old. He’s in his grandparents’ house, nose pressed to the window, his black eyes round as a doll’s, wide open to the spectacle imagined a thousand times. The house is hushed—everyone’s sleeping wrapped in mountains of blankets. Melchor is the only witness to the miracle, his gaze taking in the courtyard and the street, the snowflakes that fall softly like fat dancers in competition, bursting silently when they reach the ground. Someone paints the world for Melchor out there before his eyes. Little by little the ocher tree leaves give way to the whiteness that has ceased to be rain and now falls at a slant like large brushstrokes. A snow-speckled sparrow, who’d made its nest atop a blackberry bush, looks like a dark ball as it flits nervously about, looking for food on the ground before everything is covered in ice, finally settling on a branch and disappearing to a jumble of herbs that must be its home. The sky above the yard has already lost its blue and is increasingly white—the only thing missing is for the neighbors to wake up and light their stoves. Melchor longs to see smoke coming from the chimneys on the roofs, mingling softly with the milky landscape, but nobody seems alive here except him and his miracle. The flowerpots on the patio and the trees were already transformed before his eyes into strange snow creatures. The night before, the whole family went out to the patio to cover the trunks and branches with plastic to protect them from the frost. The grandmother was the first to note the telltale signs in the sky, a sky unlike any Melchor had seen in Veracruz. Here the darkening night was streaked with all shades of rose, with swirls of deeper reds, and the cold air suddenly felt warm. The grandmother asked her grandchildren to feel it and then, as if advised by someone in heaven, she told them, “Tomorrow it will snow. We have to get the pipes and plants ready.” Although his brothers did not believe her, Melchor begins to have faith in his grandmother, in her words he now confirms with his own eyes, imagining himself in a picture postcard: a smiling child inside a house looking out a four-pane window, the windowpane of a house sitting atop a hill of sugar. But when the painting is nearly complete, the house wakes up inside, his brothers, excited by the spectacle, clamber over him as they look for hats, gloves, boots, and coats. They rush out into the street, armed with garbage can lids for sleds and two or three pieces of advice for keeping feet and hands warm. They are not worried about the cold. They enjoy the way their footsteps crunch in the snow, the softness with which their feet are buried in white, the texture they perceive when kneading snowballs in their hands. One of the neighbors who came out of the house across the street throws the first snowball and now it is a war of everyone against everyone else, with no winners or losers, the projectiles received with laughter even if they strike the face, and then they start the arduous climb uphill to slide down from the top. His older sisters help him because he’s the youngest one out here. The two babies, the newborn and the toddler, cannot go out to play yet. Melchor is guided by those with the most experience. He learns to roll inside a tire, to slide on a piece of hard plastic, the hours pass and they move away from the house to look for a pure plain of snow because they are going to teach him one last lesson.

“Look, Mechito, to make little angels, you lie down carefully like this on the ground and spread your arms and legs.”

The child freezes before his dream—the spectacle is real, a huge field of Chantilly cream, as his mother used to say, “a carpet of marzipan,” and yes, of course Melchor wants to have his own angel and he doesn’t mind freezing as he makes one, two, three, four, as many as he wants, trying to make them far off from everyone, in an immaculate space devoid of nearby footsteps, but none of them is the angel he wants, although the other children assure him that all his angels are perfect because they are white, they have wings, they have beautiful hoop-shaped dresses. Exhausted, frozen, he stands before his creations. The air is now a dense curtain of mist. Staring at the angels he has made on the ground, he pauses for a few seconds. His gaze wanders from one to another, but none takes on a third dimension, all the figures remain flat, immersed in the snow, each increasingly crystalline, hard, cold. Melchor bursts into tears with the cry of a motherless calf, he cannot stop, he screams and sobs in the silent tragedy he explains to no one. The other children are frightened and carry him home as if he were the baby in the family. When the grandparents see his glowing cheeks, see him wet and covered in white down to the tips of his feet, they assume the child from the tropics is crying because of the cold, that he shouldn’t have paid attention to the “crazy kids” rolling around and making little angels, who almost let him freeze to death. As they change his clothes and try to warm him, the child lets the crying drag him to a place where he will never cry again. Melchor tells no one that Sara is not an angel, that he finally understands what death is, that the day she was taken to the hospital there in her warm land was the last day they could look at and touch each other, that Sara’s warm arms will never wrap him inside this postcard like she promised, that the chimneys and the cold fields of sugar no longer matter, that he will have to learn to live both summers and winters without Mamá.

From An Abundance of Innocence 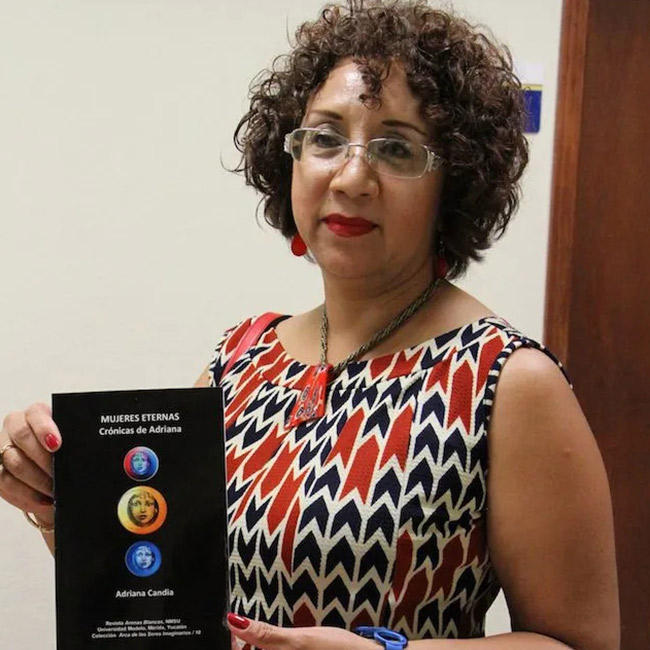 Adriana Candia completed her master’s in Latin American Literature at New Mexico State University. She taught Spanish and literature at NMSU, Las Cruces. She has worked as a journalist since 1981. She is the author of several books of short stories, creative nonfiction, essays, and poems that have been included in various publications in Mexico, Spain, and the United States. 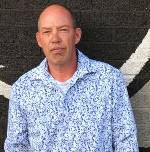 Steve Bellin-Oka’s first book of poems, Instructions for Seeing a Ghost, won the 2019 Vassar Miller Prize and was published by the University of North Texas Press in February 2020. He is also the author of three chapbooks, most recently Out of the Frame (Walls Divide Press, 2019). He lives in Tulsa, Oklahoma, where he is a Tulsa Artist Fellow in poetry. His other honors include fellowships from the National Parks Arts Foundation, Yaddo, the Virginia Center for the Creative Arts, and the Vermont Studio Center. His translation work has also been supported by the Bread Loaf Translators’ Conference.

PrevPreviousAn Excerpt from A Long Day in Venice by Abel Posse, translated by George Henson
NextA Chapter of Man Made of Paper with translator’s noteNext
RELATED POSTS

Difficult, inscrutable, fragile, unhandy at public life, a writer both secret and famous at once and unreachably original, Clarice Lispector’s light still shines from the firmament where the works of…