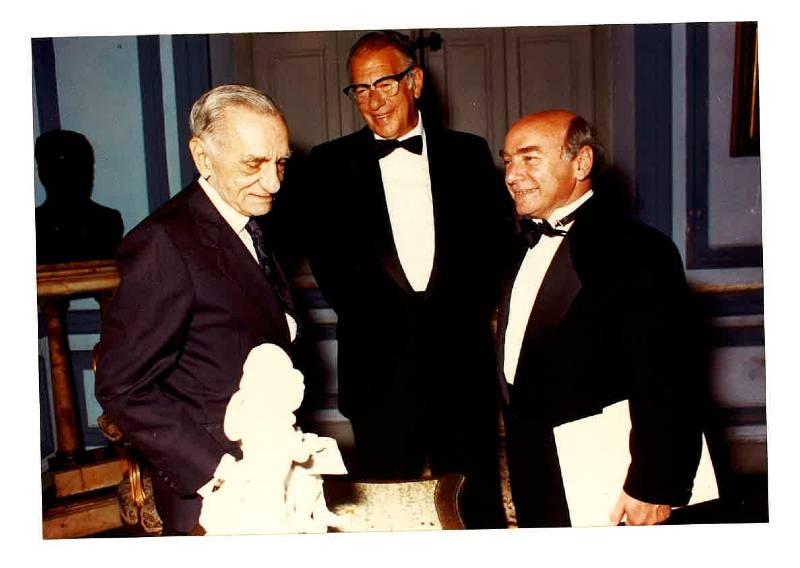 Lucid Objects of Language: Words of Thanks for the Neustadt Prize

On the occasion of being the recipient of so prestigious a prize, conferred upon a writer of the Portuguese language for the first time, I ought to explain one thing before all else: you have rewarded a Brazilian writer who, practically, has only written poetry—that is, a poet.

I do not know how it is in your northerly country, but in mine, in its colloquial usage, the word poet has a certain connotation between bohemian and irresponsible, contemplative and inspired, all things that have nothing to do with my way of conceiving poetry and with what I have managed to accomplish.

I regret that Miss Marianne Moore, who died, unfortunately, before receiving the laurels of your prize, cannot, like Francis Ponge and Elizabeth Bishop, laureates both of the Neustadt Prize, comfort me with her poet’s counsel today upon receiving this prize as a poet. In truth, these were poets whose vision of poetry has nothing to do with that confessional lyricism that nowadays, since Romanticism, passes for everything that is considered poetry. In a way (and upon saying so I cannot help the feeling of a certain mauvaise conscience), what I have written until today has nothing to do with the “lyricism” that has come to be not only the quality of certain poets, but synonymous with what is expected of all poets.

In reality, starting with Romanticism, and in the name of individual expression, poets have left by the wayside the greater part of the kinds of material that previously could be treated in poetry. Historical poetry, didactic poetry, epic poetry, dramatic poetry, narrative poetry, confrontational poetry, all abandoned in favor of poetry of personal expression of states of mind. Everything has been sacrificed to lyricism, and this has been generalized and called poetry. Now, lyricism was merely one of the aspects in which poetry manifested itself. Thus, I do not know why today’s critics and historians, though they find it strange, admit that poetry is a literary genre that survives in small circles. Meanwhile, those same critics and historians of today’s literature do not keep from dedicating to that genre that is so minoritarian the best of their studies, even while they systematically begin with this genre their manuals and histories of literature, and this not just here but in any country. We know that lyricism was originally a genre to be sung, and thus it is not surprising that the current lyricism, postromantic, not sung, should be restricted to a small circle. The question is, wouldn’t the true lyricism of our time be in what is called the popular song, produced and consumed all over the world, beyond geographic borders and language differences, in incomparably greater quantities than any other literary genre, however popular? Might not this natural necessity for lyricism that human beings feel be tended to today by that incalculable volume of works at which the very refined turn up their noses and which the erudite exclude from their studies? That is, might not that needed lyricism be today in the lyrics of popular songs? In those songs that, by virtue of the new technologies of communication, are produced and consumed in our time in quantities enormously larger than those of literatures ever reached in all countries and in all epochs?

Ladies and gentlemen, it is not because of simple aversion that I refuse to inscribe myself into that exclusive club of “lyrics” that today constitutes almost entirely the poetry written in our world. Nor is there any disdain on my part for that lyricism manifested in popular music—I think, on the contrary, that those new techniques have given lyricism a possibility of expression and communication never known before. I am merely offering a possible topic of meditation to the theoreticians of literature, and appealing to them not to seek in not-sung (or unsingable) poetry written today a quality, that of lyricism, that was never the intention of the authors to achieve or even to explore.

Poetry seems to me something much broader: it is the exploration of the materiality of words and of the possibilities of organization of verbal structures, things that have nothing to do with what is romantically called inspiration, or even intuition. In this respect, I believe that lyricism, upon finding in popular music the element that fulfills it and gives it its prestige, has liberated written and not-sung poetry and has allowed it to return to operate in territory that once belonged to it. It has made possible too the exercise of poetry as emotive exploration of the world of things and as rigorous construction of lucid formal structures, lucid objects of language. Thank you.

Translated from the Portuguese by Djelal Kadir

From Dispatches from the Republic of Letters: 50 Years of the Neustadt International Prize for Literature, edited by Daniel Simon (Deep Vellum, 2020).

Djelal Kadir (b. 1946, Cyprus) is Edwin Erle Sparks Professor (emeritus) of Comparative Literature at Penn State University and served as the seventh editor (1991–1996) in the history of Books Abroad / World Literature Today.

João Cabral de Melo Neto (1920–1999) was a Brazilian poet and diplomat. After moving to Rio de Janeiro in 1940, he published his first collection of poems, Pedra do Sono. In 1945 he was assigned to his first diplomatic post in Spain, where he continued to write. Most of Cabral’s life was spent as a diplomat, which afforded him the opportunity to travel the world. Through all of his travels, he continued to write poetry, and at the end of his life, he had published more than fifteen collections. He is considered one of the greatest Brazilian poets of all time. Cabral’s body of work includes O Engenheiro (1945), O Cão sem Plumas (1950), A Educação pela Pedra (1966; Eng. Education by Stone, 2005), and Sevilha Andando (1990). His most famous work, “Morte e Vida Severina,” was translated into English in part by 1976 Neustadt laureate Elizabeth Bishop and reprinted in Selected Poetry, 1937–1990 (1994), ed. Djelal Kadir. In addition to the Neustadt Prize, Cabral was honored with the 1990 Camões Prize. 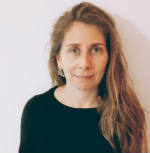 Carolina Friszman has a translation degree from the Instituto en Lenguas Vivas Juan Ramón Fernández in Buenos Aires, Argentina. She has worked as a free-lance translator in a variety of fields, particularly in social science and audiovisual translation. She taught social science translation at the Belgrano University in Buenos Aires. She has collaborated both as a translator and an editor in several published translations, most recently among them are Licensed Larseny, by Nicholas Hildyard, and Exciting the Industry of Mankind, by George Caffentzis. She is part of the translators’ roster at the UN.

Eugenio Montejo: A Living Presence Ten Years After His Passing

García Márquez has studied and read more English than French or Italian, yet perfectly fluent in the latter two, he is hesitant to speak English. Why? “Because the English sentence…

We were in this bar, Sunday afternoon, sitting in a corner. The hour, hazy. I had been in the country for two and a half months. My friend Elis had…