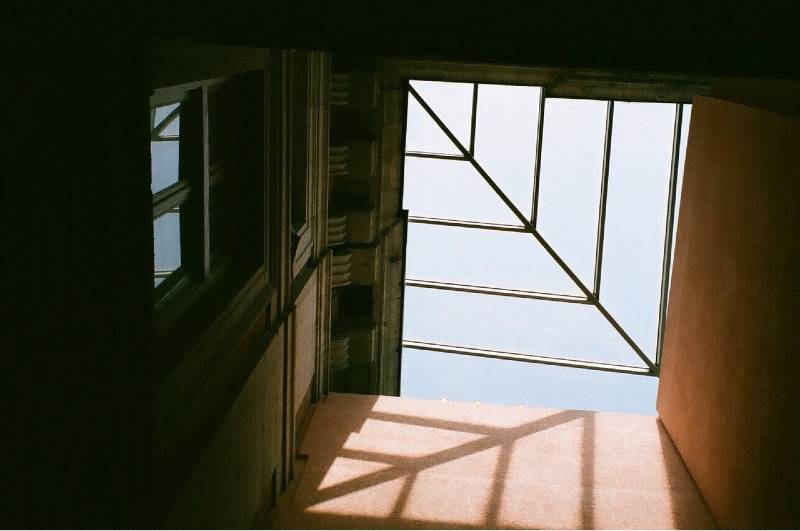 To sleep once and for all
I would have to oneirically detach myself
from my dreams.

Every night I try a retraction on myself
and early in the morning I vanish
in front of the mirror.

Punctual: the usual miserable void
is masked by avoiding other disagreements
as if somebody had taken goodbye from me
tired of the rigorous mourning of thinking
about an alleged illness.

How many anaesthesia baths
does the scented body take in his own morphine
when time disappears
and later hastens
one single colour during the eclipse.

My solitudes inhabit me
like holes in the gallows’ ropes
nurses in no hurry
Cinderellas under the dappled shade
of an endless dance
on the white hall,
my own bed, the monotonous prowling
in the yard of the insane
dark enough
but with a luminous skylight
under the tedious sky dome.

Wait for me, dead souls
like the Good News
that brings an inexplicable terror on everybody.

Stay awake
while euthanasia is painlessly approved
and I turn into life, unbearable life…

Am imbroglio of wires without oxygen.

Artificial ventilation
in the absence of suicide.

People with good habits
fill the quiet streets of Sitges
where higher than expected heels
sometimes walk
in a carnival situation
Cinderellas without skills stumble
in honour of the lack of trade,
exhibiting breasts and buttocks for reasons
that have nothing to do with the profession,
transvestites from all European cities
Who download their armament and alcohol,
throwing them into the sea
as if gold had been ruined
in the last trip to the Ancient Civilization.

And it is as if gender equality
were the struggle of everyone against everyone
presaged by Hobbes centuries ago.
A combat without standard sex or blood freed
in the passages by Ziggy Stardust’s army
holding tits for backs
tits like war cries
tits to be squeezed like harangues
of a mutual exhibition that precedes
bodies against bodies among enemies
without any sign of triumph to pull from the rival.

And even if they all collide with each other
to naturally fill
the place nature does not provide them
the code exempts them from the right to die in a duel.
Respectful of the non-species’ conversation
violence finishes the instant the weakest one
shouts: “faggot” both in the street
as in front of the morning mirror
where its monstrous imperfection is reproduced
beauty, had Dante seen it,
he would have invented
the tenth circle of hell.

I, who am not Dante
and might cease writing one day,
try to withhold the nothingness
of these pictures that seem unreal,
because I exist in two places at the same time
and I do not even know if we are late in Santiago de Chile
or if this city goes ahead my fake memorious
clarity
where strangely sinless and tender
wretched whores
burst now or then, with meridian clarity, in my neighbourhood.

Blank sheet
and I am annoyed with the entire city
the page has been consumed by the lack of writing
it is the holy water’s reflect
the confessional booth where I am exempt from paying
my conscience’s obligations.

Poet – persona, my double nature:
the sword of some deers in the forest
savage animals who practise fencing
solitary cornered.

Beast and men become one
my pain is the sentence of a tale bearer;
the verse, the restless corpse
of a man he never finished killing.

Appalling evidence of my evil trade.

María Agustina Pardini was born in Buenos Aires, Argentina, in 1989. She holds BAs in English and English Scientific and Literary Translation from the Universidad del Salvador (Buenos Aires). She writes about literature in the Cultural Supplement of Diario Perfil and in Words Without Borders. She translates poetry, and in 2020 she published her first verse collection, El cuerpo del silencio, from Buenos Aires Poetry press. 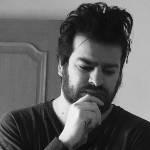 Rodrigo Arriagada-Zubieta (Viña del Mar, Chile, 1982) is a poet, translator, and literary critic. He writes regularly for journal and press Buenos Aires Poetry, where is also director of the international poetry collection “Pippa Passes.” His poems have been translated to Italian and Spanish and published in Chile, Austria, Argentina, Venezuela, Colombia, Peru, Mexico, the United States, Italy, and Spain. His verse collections include Extrañeza (2017), Hotel Sitges (2018), Zubieta (2020), and El Greco (2021), all published by Buenos Aires Poetry. His work has been anthologized in Chile as Una Temporada en la cabeza (2020), from Editorial Santiago Inédito. As a translator, he has published Cutty Sark (Poesía escogida) by Hart Crane (Buenos Aires Poetry, 2020). He is currently completing his doctoral studies in Hispanic letters at the Universidad Complutense de Madrid. He lives in Alicante, Spain. 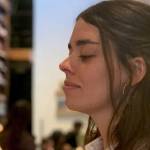 María Agustina Pardini was born in Buenos Aires, Argentina, in 1989. She holds BAs in English and English Scientific and Literary Translation from the Universidad del Salvador (Buenos Aires). She writes about literature in the Cultural Supplement of Diario Perfil and in Words Without Borders. She translates poetry, and in 2020 she published her first verse collection, El cuerpo del silencio, from Buenos Aires Poetry press.

by Horacio Quiroga
Her honeymoon was one long shiver. She was blonde, angelic and shy, and her husband’s harsh nature chilled her young girl’s dreams of being a bride.  Yet she loved him…