Along with the historically recycled deaths of the author, literature, and the critic, the demise of literary interpretation naturally has played a major role in those frequently apocalyptic perceptions.  Latin American criticism produced within the continent, due to its still marginal role in hegemonic English-only criticism, or perhaps despite the tentacles of globalization, has managed to forge ahead, particularly in the last thirty years or so.  To this day, Latin American journalistic or academic criticism, and U.S-based Latin Americanist practice, talk past each other in the rare occasions when they participate in exchanges.  Before and during their U.S. sojourns the late Ángel Rama and Emir Rodríguez Monegal were certainly the most prominent to do so.  But they also became unwitting creators of the present condition of literary exegesis in which critics read each other selectively at best, bound by ideological or institutional constraints, lately a motley conglomeration of identity politics.

Walter Benjamin’s Selected Writings, Volume 2 (1999) include “The Task of the Critic.” One of many fragmentary texts about the crises in criticism in the 1930s, that critical note presciently issues a warning still unheeded by younger critics: “Regarding the terrible misconception that the quality indispensable to the true critic is ‘his own opinion’: it is quite meaningless to learn the opinion of someone about something when you do not even know who he is.  The more important the critic, the more he will avoid baldly asserting his own opinion.” More recently, as derived from ideas culled from Jacques Rancière, Hans Blumenberg and Amy Hungerford, one obviously cannot read or write criticism or literary history as before, mainly because as Hungerford argues in Making Literature Now (2016), “Literary culture may be alive but not shared among those who cannot make a living from their participation in it.”

Latin American Literature Today has seen fit to promote the sharing required, as Hungerford insists, in order to have an object of study called late-20th– and early 21st-century literary culture.  For this dossier that does not mean ignoring what can generally be called “American Latin Americanism” (some of it groundbreaking, like Jean Franco’s) or the increasingly relevant interpretations emanating from Spain; nor subordinating the production of “peripheral/minor” criticism, or the critiques produced by writers like Mario Vargas Llosa and his few contemporary peers in that task.  Imposing Borders when examining what occurs when different interest groups believe their history and fate gives them the right to plan or remap the limits of a critical territory is a double edged sword, since outsiders are kept out while policing one’s territory actually serves to corral the imposers themselves. So we are abolishing limits.

Concentrating on the critical bailiwick of the Mexican, Andean, and Southern Cone regions, Maricruz Castro Ricalde, Antonio Villarruel, and Marcela Croce present concise, direct, extremely well informed and up to date overviews of those areas, their essays themselves an objective metacritical reflection of the state of a field in which their own works are sophisticated exemplars of the métier. They subtly negotiate what the canonical Mexican critic Alfonso Reyes would call the “likes and differences” among different methodologies and goals, negotiating the diversity of precursors and state of the art practitioners, ultimately searching for commonsensical understanding of what literary criticism could be in this century.  They name names, posit solutions for well-known or very recent polemics (some of which will be new to specialists), and are optimistic about the future of their colleagues’ endeavors.

Perhaps more than anything else their revisionist approach and thoroughness will reveal to established and up and coming critics that they may need to resurrect some of the criticism their masters overlooked in trying to legitimize themselves with purportedly authoritative theories. Castro Ricalde, Villarruel, and Croce do not kowtow to predictable jargon, or stretch their material into a critical fit.  Liberated from such tautologies, they don’t concede to fashionably preemptive U.S-based scholarly caveats meant to not traumatize members of particular identity kits.  A non-traditional humanist criticism is not at odds with a renewed sense of philological frames, as Edward Said proposed late in his life. Latin American Literature Today presents these synopses at a time when criticism needs discomfiting ideas that can last for a while, never absorbing pieties.  Equally importantly, the three essays that follow do not take “native” information out of context, aware that building community among critics is not ceding to journalists or experts in writing for wider audiences, or biting off more than you can chew. One can certainly learn from these fresh views, and we are grateful for them. 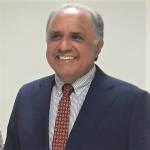 Will H. Corral (Ecuador) received his PhD from Columbia University. In 2014 he held the Cátedra Abierta Roberto Bolaño in Chile’s Universidad Diego Portales, and he has taught in American and Spanish universities.  A Distinguished Fulbright Researcher in Argentina and Ecuador, he is the author of books on Monterroso, Vargas Llosa, Bolaño and world literature, and theory of the Spanish American novel.  His books on criticism include Condición crítica (2015) and El error del acierto (contra ciertos dogmas latinoamericanistas) (2006; Spanish edition in 2013). With Daphne Patai, he compiled the seminal Theory’s Empire (2005), Book of the Year in Criticism for The Times Literary Supplement, and the subject of a book (Framing Theory’s Empire) and more than 17 reviews, including in The Wall Street Journal.  His most recent book is Discípulos y maestros 2.0: Novela hispanoamericana hoy (2019).

Most of the essays that make up this dossier refer to the name of Rodolfo Enrique Fogwill, one of Argentina’s most important authors of his generation, who passed away ten…

The constant need to ask if the graphic novel is or isn’t literary has to do first with its interdisciplinary nature. To ask if a visual object can also be literary…

by Emiliano Monge
Boredom leads to breakups, she says after a brief silence. This is the real reason she’s invited us—to tell us about her last year. We haven’t seen her since the…