Recently, I have begun to doubt whether I can rightly say that my mother tongue—the one that I feel is part of my identity—is Italian, and my acquired language is Spanish. I use the term “language” here because that which one gains after arduous hours, days, months, years, is a language more than a second tongue, which would make that person perfectly bilingual. It is a legitimate question, as I am not bilingual. I can read in Italian with pleasure and without any major difficulty, I like Italian literature and poetry very much, but I cannot speak it with ease, much less without a foreign accent. It is not the language in which I express myself fluently and spontaneously, it is not the one that rises straight to my lips in intellectually challenging conversations or moments of particular intimacy. I arrived in Venezuela in 1946, shortly after the war. I was six years old, I had yet to learn how to read and write. When she enrolled me in school, the headmistress told my mother that they would have to catch me up with reading and writing during the holidays, otherwise I would have to repeat the year. That responsibility fell on my sister, Luciana, who was only eight herself: a child teaching another child. Learning to read required a great effort from me, differentiating the sound and the spelling of consonants was a real torture. I agonized, thinking that I would never learn, that I would end up illiterate forever, which, given the way my mother pronounced the term, represented the utmost ignorance and incivility. My sister would sometimes lose patience, but, fortunately, she would regain it and continue to teach me calmly and stoically. And I, with great anxiety and few hopes, fought on. One afternoon, I remember, I went to the cinema with my siblings and, to my joy and surprise, I could read the subtitles on the screen. I returned home beaming with happiness, I felt blessed. I began to read everything I passed, the names of streets, of buildings, of houses, public notices. From that moment, I never let a day go by without reading: at night, in bed, as I had seen my father do, or in the evening, when I would study and do my homework. Around age ten or eleven, I got into the habit of consulting the dictionary and even reading it with gusto. I would always carry a pencil and a notebook, in which I would jot down new words, unknown words, words I had never heard before. I even tried to write verses or what I believed were verses, which together formed stanzas, sequences of phrases that in turn would form stories. In other words, all of my education, from elementary school to university, was in Spanish. If language is the border that confers an identity on the spiritual level, wrote Cioran, then abandoning one’s language entails giving oneself another border, and therefore, another definition; in other words, changing identity.

Many, many years later, after an informal talk with a group of students at the university, one asked me about the difficulties I experienced learning Spanish when I first arrived in Venezuela. I replied offhand that I had not even noticed the moment I switched from Italian to Spanish. From one week to the next I had friends, I chatted, played ball games with them, I had no trouble doing my homework, I made some spelling mistakes, just a few, but those few embarrassed me, they made me feel the shame of not belonging, they pushed me never to repeat them, I made plans for myself. “So there was no trauma?” he asked. “No,” I replied, and then fell silent for a moment, thinking. “Perhaps,” I said, caught by a sudden revelation, almost as if I were talking to myself about something I had never thought before: the trauma lay precisely in my categorical rejection of any trauma.

Now, after mulling it over, I have reached the conclusion that the wound, although veiled and kept back, is still open and will always be there. The native tongue, that of our origin and family environment, remains inside, stuck to our skin, running through our veins. Without a doubt, while I did not experience the great journey as an exile, my parents and probably my slightly older siblings, if to a lesser extent, certainly did. Above all, for my father, a man in his fifties who maintained a nostalgia for the places of his youth, the culture, the music, the literature of his country, the beautiful cities in which he had lived: Naples, Livorno, Milan, Venice, where he met and married by mother, Rome, where we spent the harsh final years of the war.

Undoubtedly, through a survival instinct, people cling on to the surroundings in which they find themselves, they are nourished at the expense of their environment, they want, they need to occupy it. In this way, convinced that to write in a language you have to know it well, and with the enthusiastic desire of a teenager, I began to lavish on Spanish all the loving care demanded by the spirit, intention, and genius of the language from which, even without knowing it, but already sensing it, I would throw myself into the adventure of expressing myself in novels, essays, and other writing. Did this mean a change of identity for me? In a way, yes. However, Italian had not disappeared, it was rooted in the deepest part of me, it flowed, it moved below. As I grew up, I would switch my reading from Spanish to Italian, from Italian to French and Spanish. Moreover, during my studies of philosophy, I used books from the Italian publishing house Laterza, specialists in philosophy, whose translations were highly regarded. I still have on my bookshelf Metaphysics and On the Soul by Aristotle, some of Plato’s dialogues, and Kant’s Critique of Pure Reason, all in Italian translation.

Spanish is, without doubt, the language of my identity. However, as Canetti called the Judaeo-Spanish of his childhood the saved language, I would call my saved language the fruit of the linguistic and cultural space of my mother tongue.

After this digression, there is a question that I keep asking myself. Did my inclination to write—the word vocation has a hint of romanticism that does not convince me—derive from those exercises I wrote and erased, wrote and crossed out, drafted and redrafted, over and again, to which I was subjected in order to master the jolts and thrusts of the language? Or was it because that inclination was already in me that I put so much effort into appropriating it? It is difficult to determine whether it was the former or the latter, but in the end, this is unimportant.

What is important is the balance over time. If someone writes, perseveres for days, months, years, decades, if that someone does not capitulate, even without greater success or recognition, she can be called a writer. If throughout the duration of her life, the writer becomes convinced that language does not belong to her, but that she belongs to it, to its history, as a tiny and fleeting glint of the stormy current of life, then she can calmly say that even in that tiny and fleeting way her existence will have had a place in it. 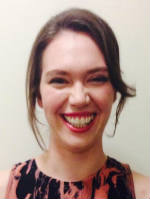 “Silence, for me, was a constant”: A Conversation with Marcelo Hernandez Castillo

In September 2019, writer Marcelo Hernandez Castillo visited the University of Oklahoma at the invitation of the Mark Allen Everett Poetry Series, participating in events sponsored by LALT’s sister publication…

Folding and refolding origami frogs, extracting the symmetrical veins from leaves, retreating to an imaginary world in his closet: after Teresa walked out the door one July afternoon in 1994,…

Re-Enchanting the World with Indigenous Literature

The official history and the literature of Brazil have produced and reproduced silences and stereotypes surrounding indigenous peoples. There have been so many attempts to stifle our voices that to…