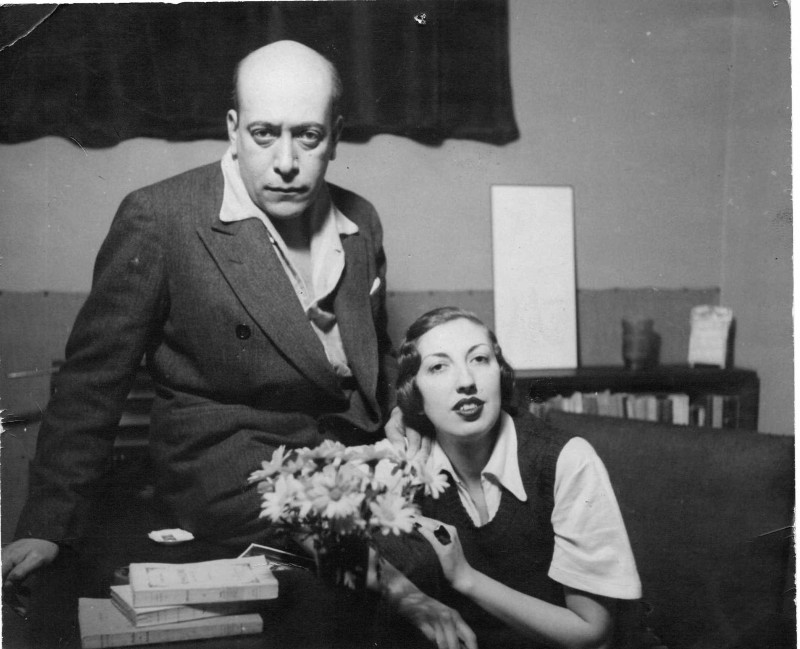 Juan Emar was the pseudonym of Chilean writer Álvaro Yáñez Bianchi (1893-1964). The son of Eliodoro Yáñez Ponce de León—a prominent lawyer and politician in the late 19th and early 20th century—and Rosalía Bianchi Tupper, he lived in both Santiago and Paris, where he became involved in European avant-garde movements. He was a close friend of poet Vicente Huidobro, and he routinely gathered with the leading figures of the Dada and Surrealist movements in the cafés of Montparnasse between 1923 and 1927, an experience he described in the pages of the Chilean paper La Nación.

Emar’s pseudonym came from the French J’en ai marre, “I’m fed up,” a phrase that transformed into Jean Emar and, later, Juan Emar. He published his articles on contemporary art in La Nación under the former name, but used the latter for his books Ayer, Una año and Miltín 1934 (all published in 1935), as well as Diez (1937). These works garnered virtually no critical reception, and Emar was forced to store hundreds of copies at his house in La Marquesa (Atacama, Chile), where he lived with his family at the time. There, he definitively cut ties with literary circles, forswore any possibility of publication and committed himself to penning his magnum opus: Umbral, which was not published in its complete form until 1996, more than three decades after his death. This work was the fullest realization of the literary undertaking that Emar had always envisioned for himself. A biography, an autobiography, or perhaps a novel, this multifaceted, 4,134-page text is unique in the way it twists the linear and logical discourse in its search of new, nontraditional routes of perception. As cited in these essays, Pedro Lastra notes that this vast, vertiginous novel “can be traversed in many directions” and that it “could be labeled any number of different ways: novel, antinovel, autobiography, chronicle of real and imaginary eras and spaces, literary and art criticism, dramatic parody, exultant fantasy, lived history, tale of the grotesque or the colossal, philosophic reflection, esoteric meditation, and any number of other parallel or complementary characterizations.” The various “recipients” of the text (Guni Pirque, Marul Carampangue, Tomba and Colomba, among others) have prompted critics and scholars to consider the work a sort of infinite letter.

In his prologue to the second edition of Emar’s short story collection Diez (1971), Chilean poet Pablo Neruda wrote “My comrade Juan Emar will now get what here we are not stingy with: posthumous respect.” Neruda’s prognostication proved correct: unable to grasp the new narrative paradigm that Emar was proposing, critics and scholars of the time ignored Emar’s work and, consequently, his books were read by only a few close friends and acquaintances. A little over twenty years ago, his oeuvre was resurrected and reevaluated—sixty years after it was written and thirty after the author’s death. In the past few years, numerous Chilean and Latin American houses have reissued the works published during Emar’s life; texts that were unpublished at the time of his death, including Cavilaciones, Amor, and Regreso, have also been printed by Chilean publishers. This, in turn, has generated a growing interest in Emar’s work, even beyond that work’s original geographic and linguistic borders: several of his books have been translated into Portuguese, French and Italian, and some of the “Notas de Arte” he originally wrote for La Nación have been translated into English.

This dossier’s goal is to present the broadest possible overview of Juan Emar’s life and work. Patricio Lizama’s essay offers one approach to the ideas and drivers behind his radical writing, including the split of the ego, the search for unity, and the relational world of which we are all a part, given the certainties and uncertainties of the new scientific paradigm that was still being erected in the first half of the 20th century. Carlos Piña’s essay aims to decipher some of Umbral’s codes, including its possible intertextuality with Proust’s In Search of Lost Time, the map-ocean that the author defines as a “monumental, fictional biographical record.” This, he argues, is a work that brings together “preexisting, fragmentary and dissimilar elements drawn from diverse and discontinuous sources, spaces and times,” which Emar “groups and exposes in an apparently arbitrary and simultaneous way, displaying asymmetric contrasts so that, even so, in a more general perspective, they acquire heterogeneous features that create more than the sum and continuity of its parts.”

The final piece explores the links between the circumstances of Emar’s life and his short story “Pibesa,” from the collection Diez. Emar wrote the story in the early 1930s, at a time when he was experiencing a number of hardships, including separation from his first wife (who as also his first cousin), Herminia “Mina” Yáñez, and when he was falling in love with the young Gabriela Rivadeneira, who would become his second wife. Financially, his family was dealing with the cost of forced exile; the onerous expenses generated by Emar’s father, Eliodoro Yáñez; the loss of assets, especially from the newspaper La Nación; and the world financial crisis following the Wall Street crash of 1929. A close reading of “Pibesa” illuminates these circumstances’ influence on the story.

We hope that this dossier will offer readers of both Spanish and English a well-rounded view of Emar’s work and his constant existential concerns, and that these essays will encourage them to learn more about this Chilean author whose 20th-century work would go on to be read in the 21st.

Juan Emar with his second wife, Gabriela Rivadeneira, whom he called “Pibesa.”

Pablo Brodsky (1954) is a psychologist at the Academia de Humanismo Cristiano, as well as a writer, a poet, and an expert on the work of Juan Emar. He was editor of the magazine Kappa, of the book Un cómic by Alejandro Jodorowsky and Enrique Lihn (1992), and of the literary supplement J'en ai marre (1997). He published the Antología esencial de Juan Emar (1994) and Cartas a Carmen. Correspondencia entre Juan Emar y Carmen Yáñez (1957-1963) (1998), and he is one of the compilers of Juan Emar's Cartas a Guni Pirque (2010). In 2015, he published the verse collection Vestigios de un golpe. 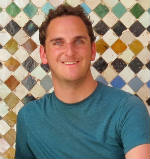 They embroider / the clothing of every animal: / to the sheep / they give cotton / so it may be cloud’s brother, / for the racoon, the name gòn’…

Welcome to this house / your home, / here you breathe the bitter cold / of that absent breath.

Creative Writing is Here to Stay in Universities

Among creative writing’s many objectives, it seeks to restore the word, find its hidden meanings, and whenever possible renew its definitions. The poet Juan Gelman asserted that faced with violence…