When she was born the wolf appeared. It was a Sunday at midday –eleven thirty, brilliant light– and her mother saw through the windowpane, the pointed snout, and in its fur, spikes of frost, and screamed; but, they gave her a potion that put her pleasantly to sleep.

The wolf was there at her baptism and communion; baptism, in her long baby’s dress; first communion, with her pink dress. No one saw the wolf; only his pointy ears stuck out from under things.

He followed her to school, hiding behind rosebushes and cabbages; he spied on her during parties after exams, when she trembled a little.

He spotted her first boyfriend, and the second one, and the third, who only gazed at her through the front gate. She in the elusive organdie wrapping that they wore back then, girls in gardens. And pearls, on her head, in her décolletage, the hem of her dress, heavy dazzling pearls (they were the one thing that held her dress up). When she moved she would lose one or other of the pearls. But the boyfriends disappeared; no one knew why.

Her friends got married; one after the other; she went to the lavish parties; she was present at the birth of each one of their children.

And the years went by, flew by, and she too in her strangeness. One day she turned around and said to someone: It’s the wolf.

Though in truth she had never seen a wolf.

Behind the front gate the wolf appeared; suddenly he was there like a boyfriend, like a man he spoke in a soft convincing voice. He said: Come. She obeyed; a pearl fell off. It was gone. He said: Here?

But, they walked past camellias and rosebushes, completely black in the darkness, till they reached a hollow that seemed dug especially. She knelt down; he knelt down. He pulled out his long tongue and licked her. He said to her: How do you want this?

She made no reply. She was a queen. Only the gentle smile she had seen on her friends’ faces at their weddings.

He tore off one hand, and the other hand; one foot, the other foot. He looked at her like that for a moment. Then he tore off her head; her eyes (he placed one to each side); he tore out her ribs and everything.

But, most of all, he devoured her blood, rapidly, with sure skill and the utmost virility.

The wasps were extremely delicate. Like angels, many of them fitted on the head of a pin. All of them resembled young ladies, dancing teachers. I imitated their murmuring rather well. They circled the apple’s white flowers, the quince’s ochre flowers, the pomegranate’s hard red roses. Or in the tiny fountains where my cousins, my sisters and I gazed at them, our hands on our chins. Compared to them we were giants, monsters. But the most wondrous thing was the cartons they made; almost in one stroke, their palaces of thick grey paper appeared, among the leaves, and, inside them, plates of honey.

The world, all of it, welcoming, magical.

And one face, separated, the only one painted, walked among the leaves, eyes downcast, red mouth open.

And when it had already gone by  it walked past one more time.

When I was an owl I observed everything with my hot and cold pupil; no being, no thing was lost on me. I floated above anyone walking by in the fields, my double cape open, my white legs half open; like a woman. And before I let out the petrifying scream, all fled to the gold mountain, to the mountain of shadows, saying: And that thing in mid-air like a star?

But also, I was a girl there in the house.

Mama kept the mystery to herself.

And looked at God, weeping.

They appeared, suddenly, like all the things in my life. Black, white, with silken shawls. In the middle of the field, the lake in the field, the house. Water birds gazing downwards, thoughtfully. Above tall claws. They looked like willows, like men, the most different sorts of things. We could see them through the windows and in the bedrooms the gossip went on. What did they predict? Rain? Wind? The coming summer, the winter beyond that?

One day, one came by himself, a black one. And violent people killed him. A girl saw the murder from far away. (Myself). And doesn’t forget.

My life comes and goes.

And, always, there is a black bird that falls. And falls.

Instead of hair she had roses; little pink roses with a short stem and green leaves. She had a bob of roses. And two centimetres above her head floated another pink rose with green leaves. This rose went with her always. Her face was oval, her eyes fixed, almost unmoving. She wore a loose, pale-green coat, which was what girls on the farms usually wore. Mama, unexpectedly, invited her to have tea, saying she was the daughter of a distant relation; something that surprised me; I didn’t know that. My friends laughed when they saw her. She sat down at the table, like the Virgin. She took what mama gave her: a cup with honey, tiny leaves of wallflower.

She left at sunset; maybe she had nothing to say to us.

She walked away surrounded by the timid smiles of my friends.

As if the roses were guiding her.

Poems from La falena [The moth]

Born in Salto, Uruguay, and raised on her family’s farm, Marosa di Giorgio (1932-2004) is one of the most prominent Uruguayan poets of the twentieth century. Di Giorgio began writing in her childhood and published her first book of poems at the age of twenty-two. She then went on to publish a total of fourteen books of poetry, three collections of short stories, and one novel. While some critics have categorized her as a surrealist, she herself denied membership in any literary movement or school. Although she was relatively unknown outside the Southern Cone during her lifetime, she is now becoming more and more widely read throughout Latin America and Europe. 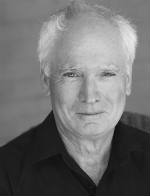 In the vast repertoire of notes, articles, interviews, prologues, epigraphs, and explicit or implicit references in his poems or narrative through which Álvaro Mutis (1923-2013) proved his tireless condition as…

by Cindy Jiménez-Vera
The river dried up because it doesn’t rain. / The road that connects the countryside / to the city was turned to pieces / under the heavy showers / back…