It is no coincidence that this new issue of Latin American Literature Today is dedicated to the Nicaraguan writer Sergio Ramírez. One of the reasons is literary; a reason that gives us a great deal of joy: This year Sergio Ramírez very rightfully received the Cervantes Prize for his literary work. The other reason is political and involves Sergio Ramírez as a left-wing public figure and ex-vice president of Nicaragua, and the dire circumstances of Nicaragua today, which the global news have been covering for quite a while: the transformation of Daniel Ortega’s government into an authoritarian and repressive regime.

Ramírez, as has been underscored worldwide, has emerged as a voice critical of Ortega’s regime. Six months ago, the streets of Nicaragua filled with young citizens demanding freedom and the return of democracy. This time, as is common, the students, the youth, are the main characters in these struggles, and thus they are the first victims. This is why, on April 23rd, Sergio Ramírez dedicated the Cervantes Prize to the students who were killed for their demands for justice and democracy in Nicaragua. It is impossible not to sympathize with the young people who are fighting for Nicaragua; yesterday they were Venezuelan, and before that they were Chilean students who fought against the Pinochet regime.

Once again, politics and literature unite in Latin America. Once again, they walk the same path.

It is in this context that we conceived this dossier, which contains essays on Sergio Ramírez’s narrative and essayistic works; an extensive interview in which the Nicaraguan author invites us to rethink an ethical left; and his acceptance speech for the 2018 Miguel de Cervantes Prize for Literature. This is the starting point of this eighth issue of LALT. Later, the reader will find that poetry holds an important place in this issue. We have included a dossier dedicated to the Cuban poet based in Venezuela, Octavio Armand. Our Associate Editor, Venezuelan writer Arturo Gutiérrez Plaza, who prepared the dossier, invites us to reflect upon Armand’s work in the following way: “While it preserves a close relationship with the Cuban Neo-baroque tradition, owed to Lezama, it also possesses very peculiar traits akin to the poetry of language. In other words, this is a form of poetry in constant change and experimentation, a poetry that trusts playfulness and that relativizes the referential nature of words.” In addition, Octavio Armand’s work finds in the digital pages of LALT an interesting correspondence with a selection of poems from the three great Latin American women poets included in this issue: Elena Garro, Marosa di Giorgio, and Olga Orozco.

The sci-fi genre is, of course, also present through a special dossier, organized by the UCLA professor Stephen C. Tobin. He explores the literary and political particularities of the “Iniciativa Mexicanx” in the context of the 76th edition of the World Science Fiction Convention, which took place in San José, California, in August 2018. For the first time, Mexicanx and Chicanx authors were invited to this event, traditionally of the United States. In LALT, we record this milestone in the literary tradition of Mexican and also Chicano literature.

The dossier on Indigenous literature is in the hands of Paul Worley (Western Carolina University). Dr. Worley prepared a dossier in which readers will find poems in bilingual and trilingual editions that were originally written in Tseltal, Tsotsil, K’iche’, and Totonac. It is important to mention the cultural and literary value of these types of works. We are glad that this dossier keeps opening paths that take us back to the intricate labyrinths of historical memory. Not only a language is rescued, but also a sensibility, and a way of seeing the world, through these translations to Spanish and English. We would like to stress that dossiers of this nature are, indeed, frequent in the electronic pages of Latin American Literature Today.

And, as always, there is more. Once again, short stories, interviews, editorial previews, and articles are part of the LALT dossier, addressing a variety of topics of interest. From these, I would like to underline an interview by Scott Weintraub published in this issue, which promises to stir up, once again, the history of Chilean poetry. In this interview, we discover that Ricardo Cárcamo, a former literature student of the Universidad Católica de Valparaíso, Chile, was the author of the hand-written annotations of the 2017 edition (Santiago de Chile) of Juan Luis Martínez’s seminal text La nueva novela [The new novel]. I have no doubt that Weintraub’s interview will attract much attention, confirming, once again, that the work of Juan Luis Martínez, one of Latin America’s most radical poets and visual artists of recent decades, is alive, correcting and rewriting itself.

In this way, LALT continues to bring to the fore a vivid spirit: the spirit of Latin American literature. We revisit the past, attend to the present, and try to foresee what might come next. We never stop listening to the voices of the inhabitants of this continent who preceded us, and we also cross borders looking for new literary scenarios and trends – in this issue, sci-fi narratives is one of them. In addition, political concerns are never absent from this publication, as we continue to realize that Latin America, far from achieving peace and stability through solid forms of democracy, has a habit of sinking, once and again, into complicated states of crisis. It is in those moments that literature becomes even more alive, wide awake as a critical voice. 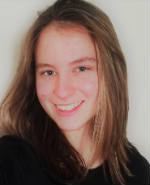 Juliana Giusti Cavallin is an 11th-grade student at Norman High School. Studying in Venezuela, Spain, and at present, in the United States, she hopes to further her secondary education and continuing into a future undergraduate degree. She is currently one of the editors of The Trail, Norman High School’s yearbook and has been published on Soupstone Norman High School’s literary magazine.

For decades, Mario Vargas Llosa has been an icon for authors writing in Spanish. Indeed, many of us have spent time with—better put, plunged into—his novels and collections of essays,…

I’ve never liked dogs.  My nose twinges from allergies and my chest with repulsion—maybe guilt—if I get close to them.  Despite this, sometimes I take one home with me.  …